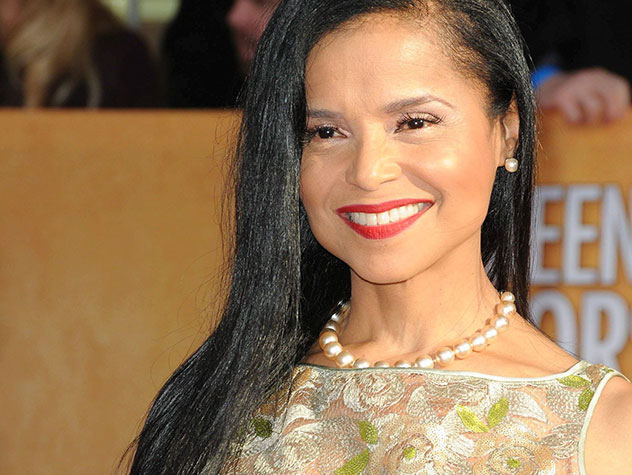 Victoria Rowell (Drucilla Barber Winters on The Young and the Restless)

Victoria Rowell was born in Portland, Maine and raised in foster care for eighteen years. Under the auspices of the Ford Foundation and the National Endowment for the Arts, eight-year-old Rowell received the Ford Foundation scholarship to the Cambridge School of Ballet, where after eight years of training she thrived as a dancer. She won scholarships to both the School of American Ballet and the American Ballet Theatre by age sixteen!

After dancing professionally with the American Ballet Theatre II Company, Ballet Hispanico of New York, Contemporary Ballet, Twyla Tharp Workshop and The Julliard School of Music Dance Extension Program with Anthony Tudor, Rowell decided to accept guest artist teaching posts in New England. After this experience she tried her hand at modeling, and graced the cover of magazines such as "Seventeen," "Mademoiselle" and countless other magazines, before auditioning for her first television role. She has worked in numerous primetime series, and films since then, finally settling into daytime. Having spent eighteen years in foster care, Rowell became a voice for children like herself. In 1990, she founded The Rowell Foster Children's Positive Plan, which sponsors foster children to study fine arts and sports. She is also a big supporter of American for the Arts, The Ford Foundation, The National Endowment for the Arts, American Ballet Theatre, School of American Ballet, The Urban League, the NAACP, the Administration of Children's Services, NYV, New Yorkers for Children, the Alliance for Children's Rights, the Children's Defense Fund, Hope Worldwide, and the Department of Children and Family Services in various states.