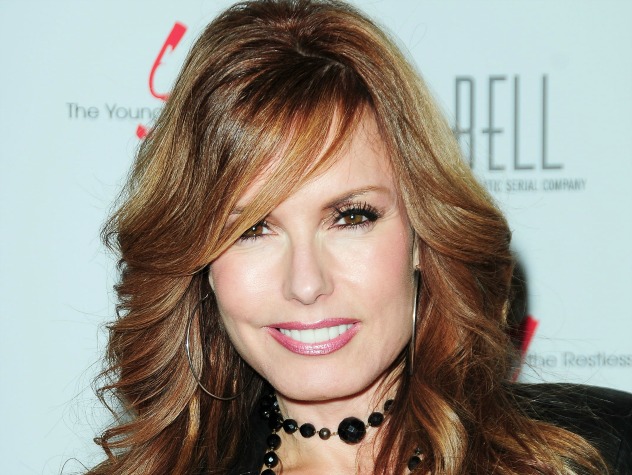 Tracey Bregman (Sara Smythe on The Young and the Restless)

Tracey was born in Munich, Germany. Her and her family moved to London, England until she was 10 years old. At this point, her family relocated to Southern California, USA. Once in California, she studied acting at American National Academy of Theater Arts and at the Lee Strasberg Institute.

Tracey made her acting debut on daytime television on the daytime drama, Days of Our Lives, as Donna Temple Craig. She made a few after-school specials, television movies and commercials before adding film to her resume. Tracey is also a singer and songwriter, writing for a few of the films she acted in.

Tracey is very health and fitness conscious. She is a vegetarian and even has her own line of athletic clothing called "Bountiful Buddha." She is supportive to cancer causes and donates a fraction of her profits to the Women's Cancer Research fund, as well as the charity 'One Family', which meets the immediate and long-term needs of victims of terrorism and their families.

Tracey lives in Los Angeles with her husband, Ronald Recht, and her two sons, Austin and Landon. She also has two stepdaughters, Emily and Lindsay, from husband Ron's previous marriage. They reside in Malibu, California.