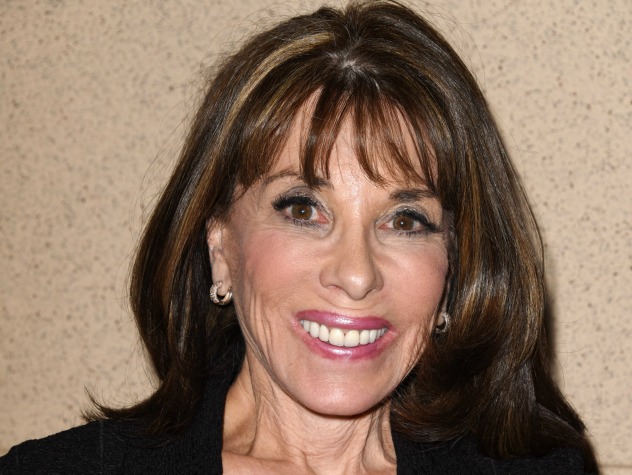 Kate Linder (Esther Valentine on The Young and the Restless)

Kate Linder was born Catherine Kallick in Pasadena, California in 1947. She is a graduate of San Francisco State University, where she achieved a BA in theater arts. After graduation, Linder found work on television, including roles on 'Archie Bunker's Place' and 'Bay City Blues'. She also appeared in the film 'Rocky III'.

Kate has played Esther on The Young and the Restless since 1982, and has also appeared on television's "Dancing With the Stars". Kate remains active in film work as well, most recently in "The Gold and the Beautiful".

In addition to her work on television, Linder serves as a Governor on the board of the Academy of Television Arts and Sciences (which present the Emmys), and also holds down a job as a flight attendant for United Airlines! Kate is very active in several charities, such as ALS, which affects her own brother-in-law, AIDS charities, and the Make-a-Wish Foundation, for which she was able to grant a little girl's wish to visit the set of Y&R. Kate has also made numerous overseas trips to entertain the men and women of the military through her work with the USO. In 2008, Kate was presented with a Star on The Hollywood Walk of Fame, only the fourth actor to receive this honor based on work in Daytime television!

Kate is married to Ronald Linder, and resides in Los Angeles.

Star on Hollywood Walk of Fame (April 2008)
Peace on Earth Medallion (for USO work)
North Hollywood Artistic Director Achievement Award, Best Actress in a Comedy (for "Sex is Good For You")