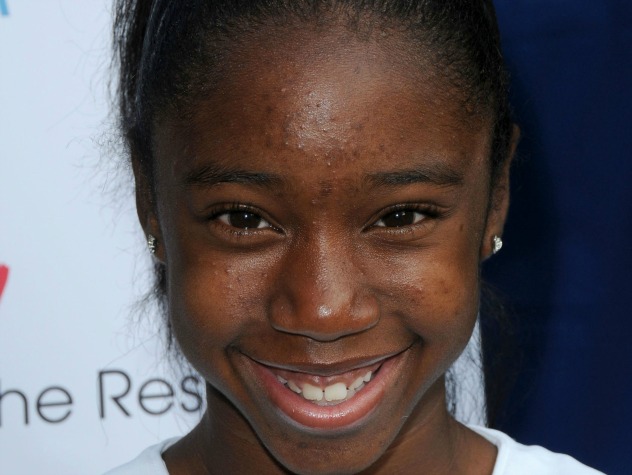 Jamia Simone Nash (Ana Hamilton on The Young and the Restless)

Born in Virginia Beach, VA, Jamia is one of two children. Her sister Olivia, who is four years younger, is also a singer. Jamia herself began singing at the age of two and was appearing nationally by age five!

Her first national gig was on 'Showtime at the Apollo', where she sang the Alicia Keys song 'Fallin'. More recently, Jamia played a 10-year old Fantasia Barrino in the 2006 Lifetime Original Movie, 'Life is Not a Fairytale: The Fantasia Barrino Story'. Also, in the 2007 film 'August Rush', Jamia plays a character called Hope that sang lead vocals on 'Raise It Up', the Academy Award nominated song from the movie!

Jamia fits in time to do a lot of charity work, like performing at the Dedication Of The Painted Turtle Camp, which is a family care center for children with life threatening illnesses. She has done charity work to benefit cancer, sickle cell anemia, and multiple sclerosis.

When Jamia has down time, she likes to play on the swings at her local play ground, ride her scooter with her little sister and go swimming.