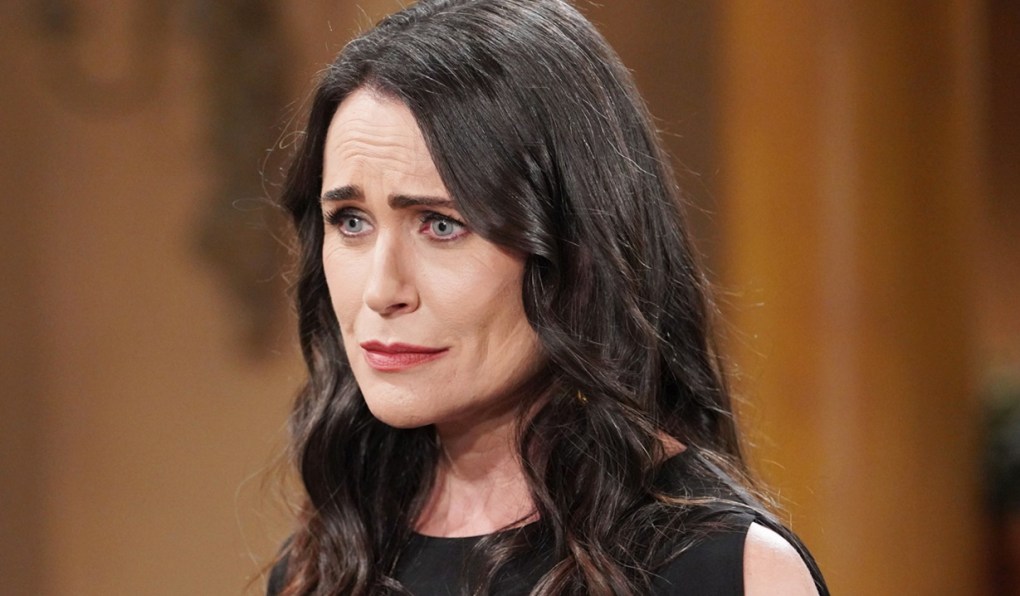 RSVP “yes” to Soaps.com’s newest spoilers for The Bold and the Beautiful from Monday, June 27, through Monday, July 4. Included among the teasers are tantalizing hints about what happens after Quinn catches Eric in bed with Donna, whether any “I dos” go down at Carter and Paris’ wedding, and how Steffy and Finn reconnect despite the fact that they are continents apart. Get the deets on these twists of plot and more below… 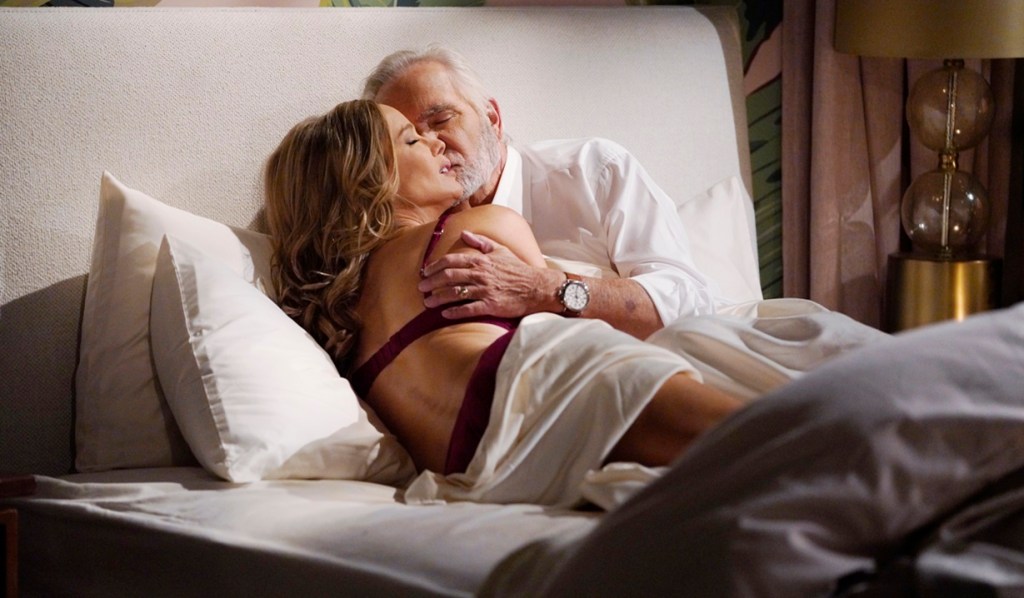 Game-changer! The Yellowstone twist that would change everything for Beth: “She’ll be even more powerful then.”

“Honey, I’m comin’ home!” Eric promises a bright future to an overjoyed Donna. The stumper is, when will he get around to letting Quinn in on his life-changing plans?

Aaawkward! Quinn and Bridget learn a shocking truth about Eric’s pickleball “exercise.” We’re guessing they’ll be even more shocked than Hope to discover that the Forrester patriarch has not been hitting the courts but has instead been giving his ticker a different sort of workout whilst in bed with a buxom Logan — who just happens to be his ex-wife!

Sean Kanan raises a question that would freak us out — but Krista Allen, as usual, has all the answers.

In Wednesday’s recap, Eric ends his marriage to a tear-stained Quinn, and Grace pleads with Paris not to marry Carter! 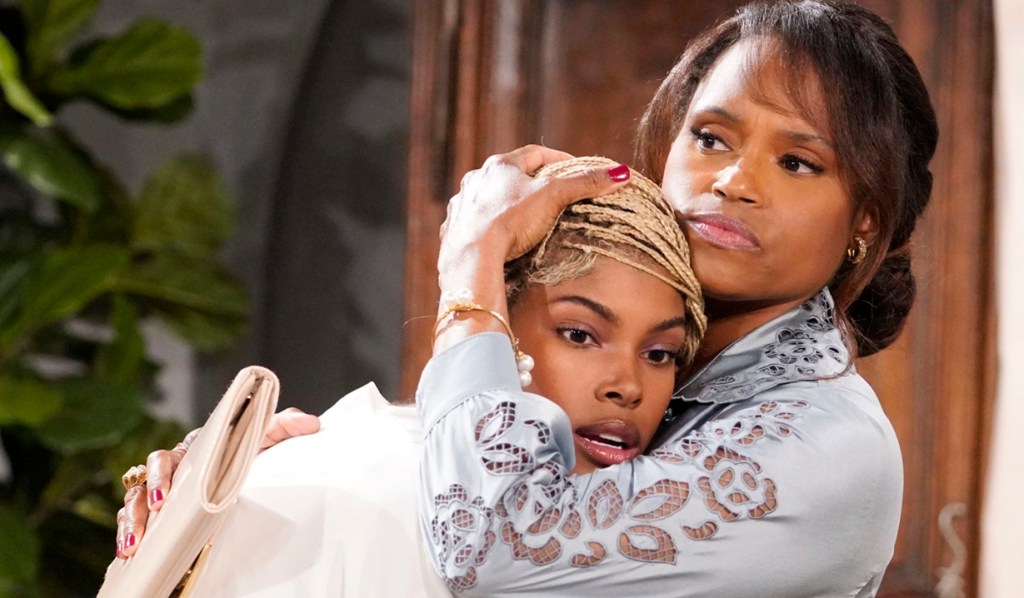 When Donna was enthusing about the good news Eric gave her the other day, she might have paused to consider the possible ramifications… which are about to come a-knockin’ while the bed’s a-rockin’. Hide the breakable honey jars because all hell is bound to break loose when Quinn and Bridget bust Eric and Donna in bed!

As Carter and Paris’ wedding begins, Quinn grapples with having lost her two true loves. Will it occur to the heartbroken (and probably furious) brunette to make her way to the big event to try and stop Carter from marrying his second choice? We sure hope so!

See why Bold & Beautiful has recast a key legacy character with exactly the right actress — plus, get a front row seat to the hair and makeup room where Krista Allen (Taylor) shares a conversation — or two — with the newcomer.

In Thursday’s recap, Donna and Eric look to the future, and Quinn rides a bike to stop Carter and Paris’ wedding… but may have arrived too late! 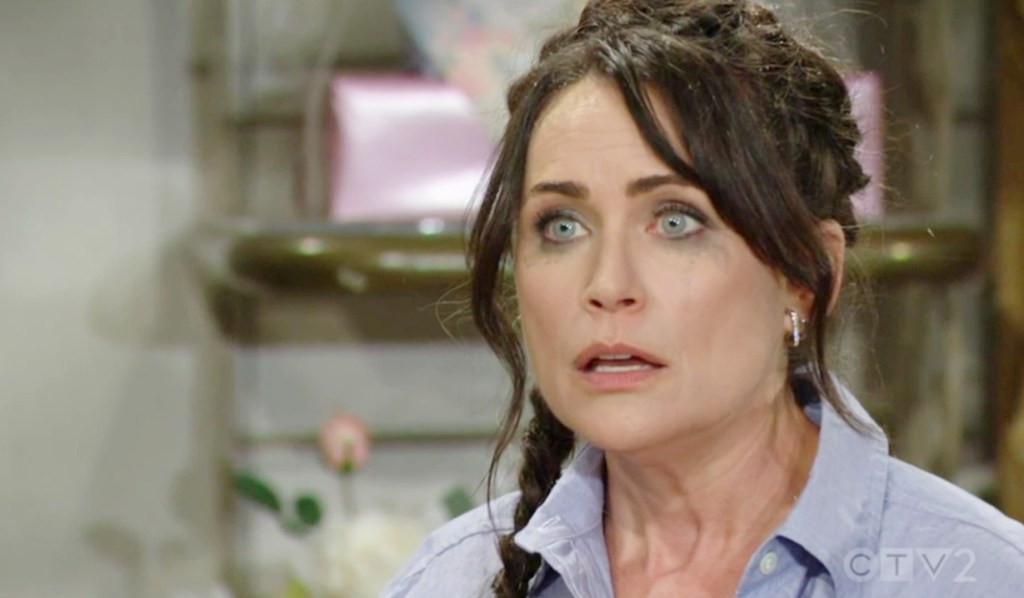 Surrounded by loved ones, the wedding of Paris Buckingham and Carter Walton begins. But will it go off “with” a hitch?! Heaven knows Quinn’s gears will be turning, what with just having discovered her “loyal” hubby in bed with his ex-wife! Will she make a beeline to the big event?

Yup, she will! However, Quinn’s journey to reach Carter before it’s too late takes a comical turn. Will she be able to get to the church (or the Forrester living room as the case may be) on time and stop her former lover from tying the knot with his near-Mrs.?!

This supermom of three can do it all! Watch Jacqueline MacInnes Wood get glammed up while juggling her bouncing baby boys.

An elated Donna shares her good news about Eric with Brooke. There’s no question that her sister will be absolutely thrilled, given how she feels about Quinn — although she might be disappointed that she wasn’t there to see the look on her nemesis’ face when she caught ol’ Honey Bear in the act!

There’s nothing better than a wedding crasher on a soap! What will go down after Quinn’s startling admission stuns Carter and rattles Paris and Grace?! Will the usually upstanding COO follow through on the pledge he made to his fiancée or gift Mama Buckingham with an “I told you so” moment that will validate the considerable concerns she’s been very vocally expressing all along?

Do. Not. Miss. Bold & Beautiful’s Jacqueline MacInnes Wood’s best photo shoots of all time in one stunning mega-gallery! 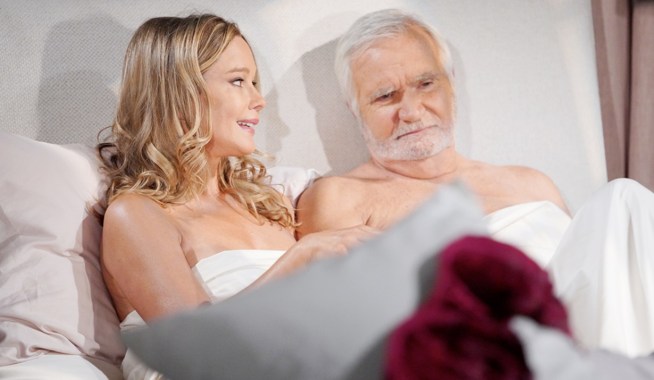 The Bold and the Beautiful Spoilers June 20 -24

The Bold and the Beautiful Spoilers July 4 - 8 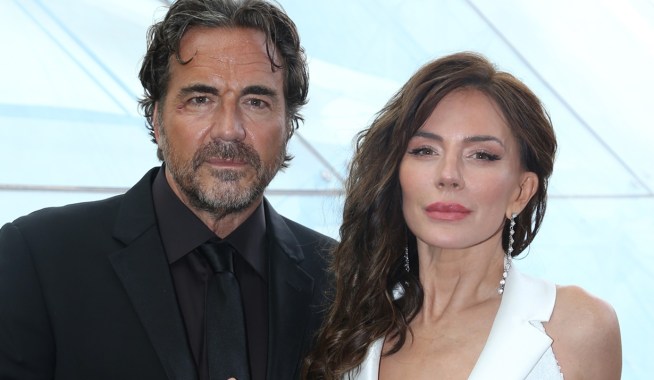