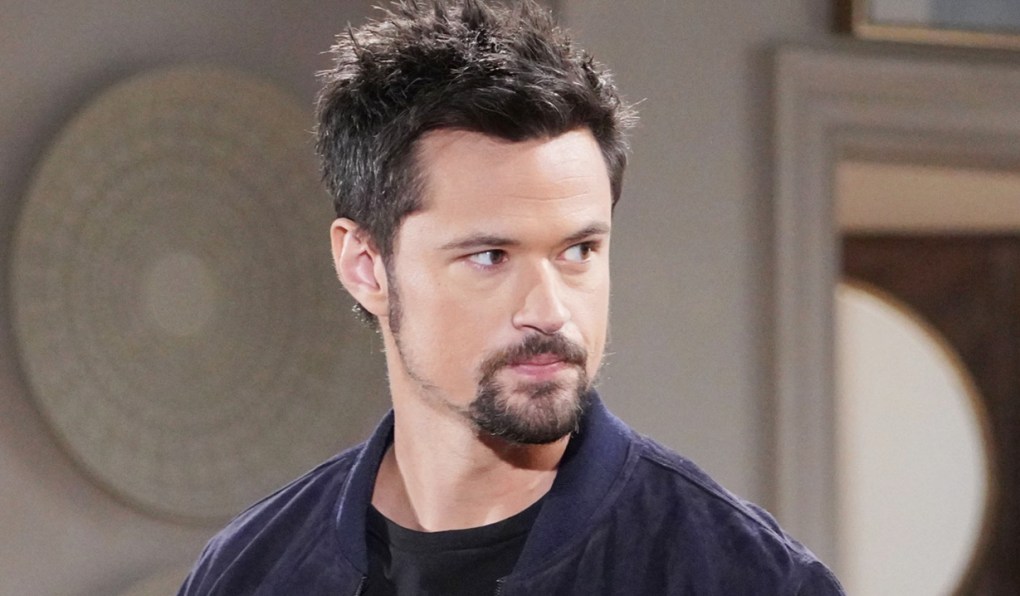 It’s a case of something old, something new in Soaps.com’s newest Bold & Beautiful spoilers for Monday, March 14, through Friday, March 18. On one hand, stepsibling rivals Steffy and Hope lock horns in tried-and-true fashion. But on the other, the waffling coming our way isn’t done by a male character but a female one. What’s more, Thomas finds himself wrestling with the conscience that for so long we weren’t even sure he had, and at last, a certain someone finds the spunk to give her mother a piece of her mind. Read on, and we’ll get into the nitty gritty of these teases and more! 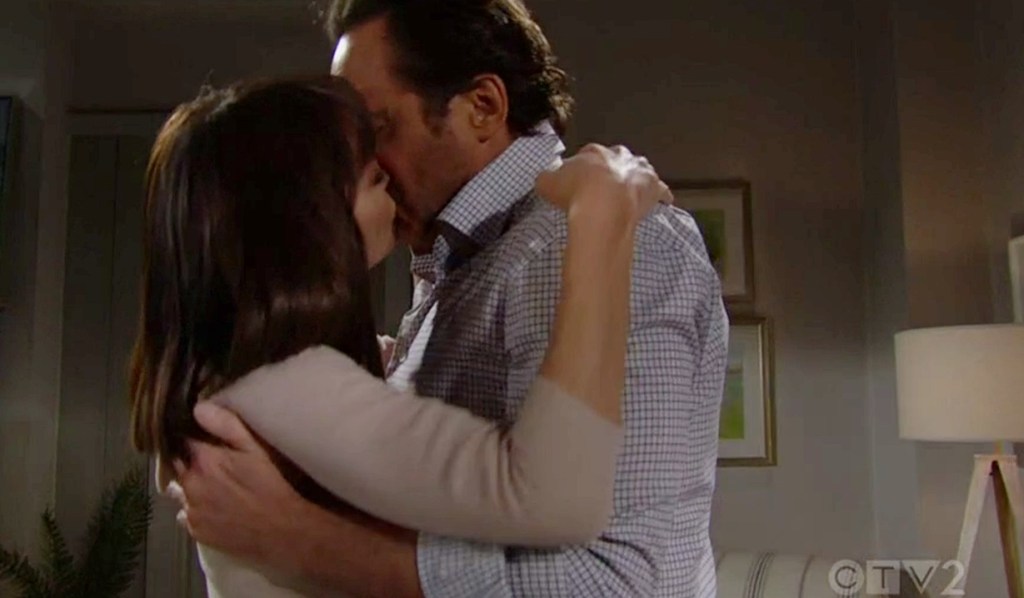 Well, it’s pretty clear what Brooke’s stunning declaration must have been, as she and Ridge and share a heart-wrenching moment. Taylor, it sounds like he’s all yours. (It also sounds like Krista Allen is gonna have to figure out how to justify a whole lot more of her character putting up with the biggest waffler since Liam!)

Oh, this will be fun! Grace flips out when she finds Paris at Carter’s loft. We’re not sure why she’s treating her grown daughter like a teenager, or trying to force her into what amounts to an arranged marriage with Zende, but we’re here for the chaos that’s bound to ensue.

Bold & Beautiful alum undergoes emergency surgery after trying to save a woman from a violent situation: “Please keep him in your prayers.”

Bold & Beautiful Opinion! Hot topics: Sheila’s warning doesn’t bode well for Thomas, who Thomas will share the secret with first, why Brooke vs. Taylor is pointless, and the Grace story comes off as ridiculous! 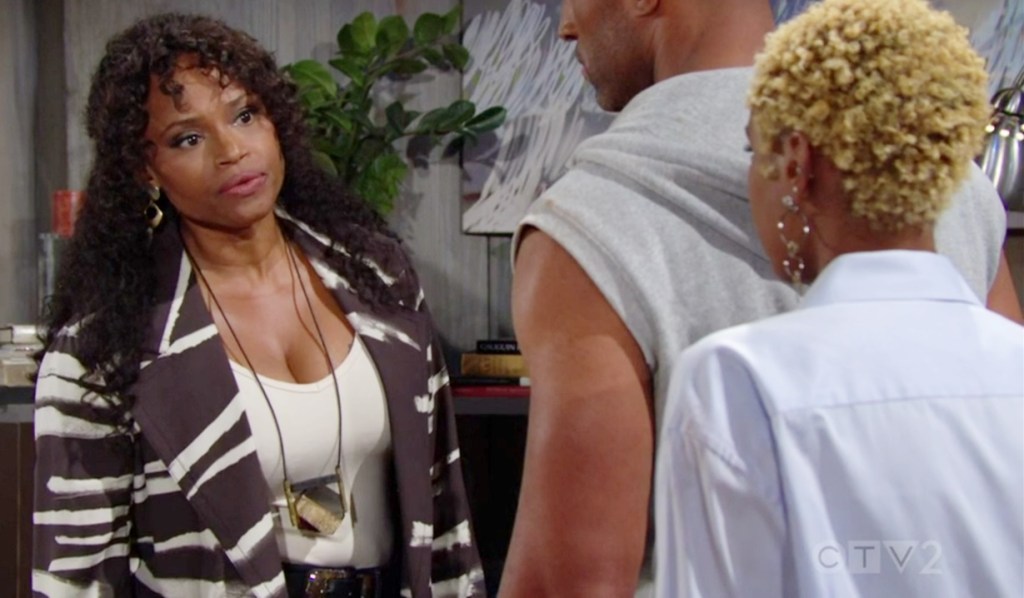 Though Paris sets Grace straight regarding her true feelings for Carter, will it be enough to deter the mama bear who is laser-focused on her daughter landing a Forrester husband? We kinda doubt it. And by “kinda,” we mean “totally,” “completely” and “100-percent.”

Showing healthy signs of a conscience, Thomas is haunted by the fact that he’s now keeping Sheila’s secret. Will he decide to come clean even at the risk of ruining his mom’s newfound happiness with his father?

CBS actress breaks down a steamy scene — and left her hoping she didn’t put on an “unintentional peep show.”

In Tuesday’s recap, Steffy sounds off on Hope, and Thomas gets an unwelcome call. 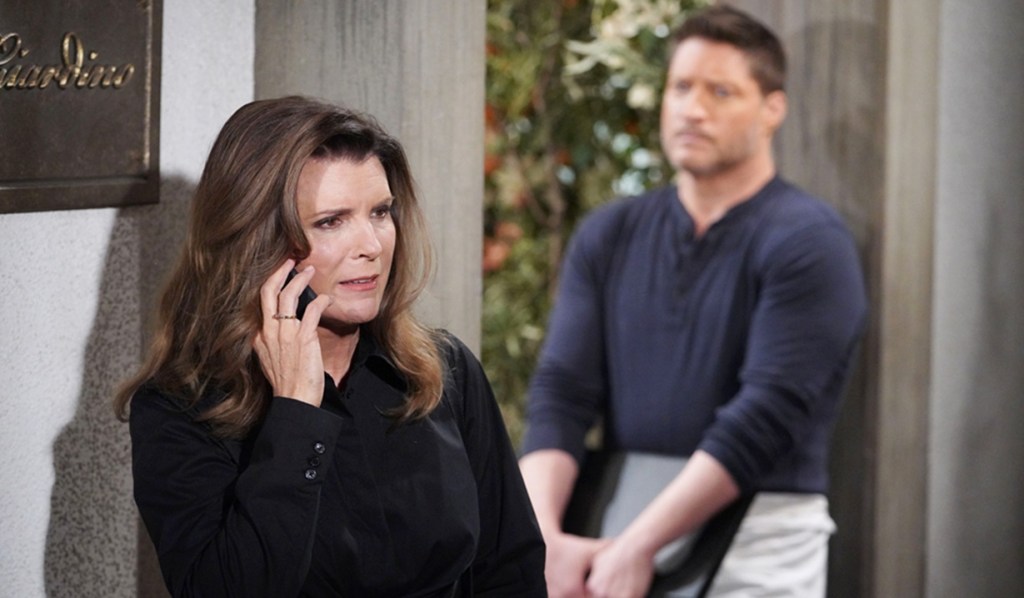 Scratch that! Bold & Beautiful confirms *this* won’t be the shocking twist that changes everything. Plus, another rumor cleared up.

Deacon checks Sheila when she trash-talks Brooke and glorifies Taylor, but it’s unlikely he’ll get through to the deluded woman who became absolutely obsessed with ruining the blonde’s life.

Wow, we almost feel sorry for him — except it’s his flip-flopping that landed him here! Ridge becomes caught in the middle of Steffy and Hope’s argument over Taylor and Brooke. Get a taste of what he’s set to experience by taking a photo-filled look back on Hope and Steffy’s epic rivalry over the years.

Leading lady celebrates a dozen years of marriage to “my one great love.” 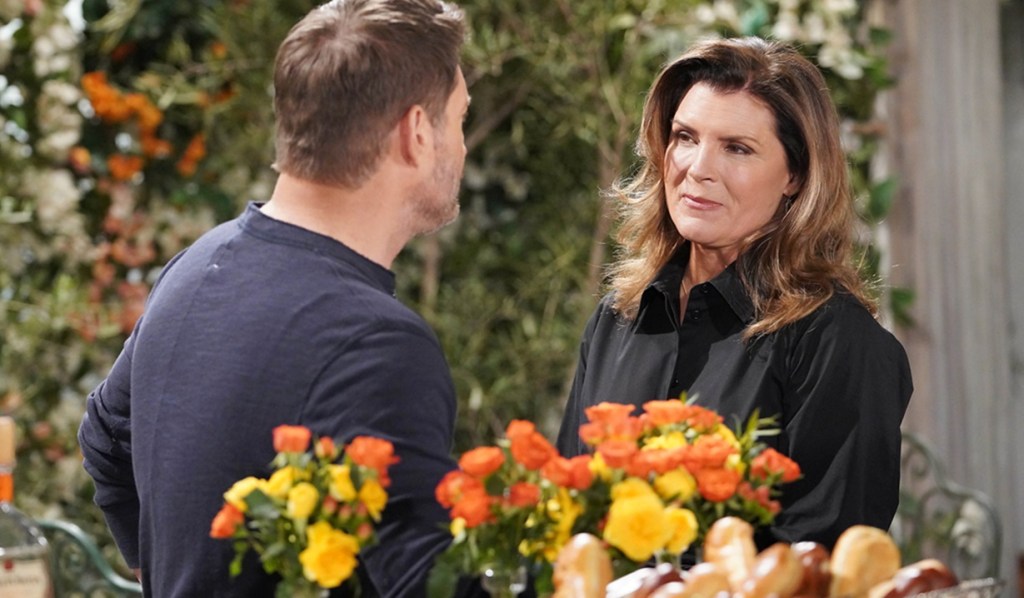 Eep… Thomas had better watch it, or he might find himself caged in the basement of a building again — or worse! — when Sheila gets frustrated at having to convince him to stick to the plan. Need we remind him of what the soap-hopping psycho is capable of? Because we have a whole photo gallery dedicated to that very scary subject! Click here to dive in.

Speaking of flip-flopping, Brooke comes to her senses and realizes that she must fight for Ridge! Looks like she’ll be locking horns with Taylor again. Which woman will emerge the victor (if you can really call them that for landing a man who perpetually goes back and forth between the two)? While we wait to find out, review the show’s most memorable love triangles of all time here.

While Bold & Beautiful is pre-empted for CBS Sports March Madness, kick back, relax and relive the “OMG”-ness of it’s, and all the shows’, wildest storylines ever.

The show is pre-empted for CBS Sports March Madness. But don’t let it drive you crazy. Instead, spend a while reviewing our photo gallery of the soap’s most bonkers characters of all time.

Feast your eyes on 75 photos of your favorites that all but define the words “bold” and “beautiful” in our brand-spanking-new gallery below.