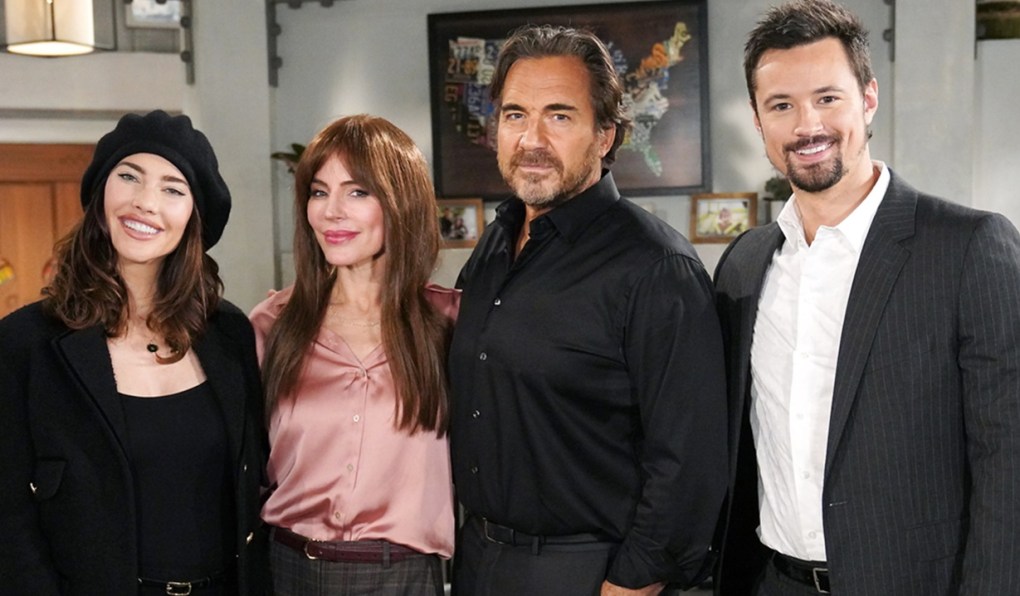 In Soaps.com’s newest Bold & Beautiful spoilers for Monday, December 6, through Friday, December 10, as Sheila’s irritation with Deacon turns to jealousy, someone is surely going to want to duck and cover. Meanwhile, as the debate surrounding Hope’s desire to have her father in her life intensifies, Liam gets advice from a questionable source, and Thomas and Steffy align themselves with Ridge. Find out who is about to return to Los Angeles and find herself in the midst of a full-blown family feud by reading our twisty teasers. 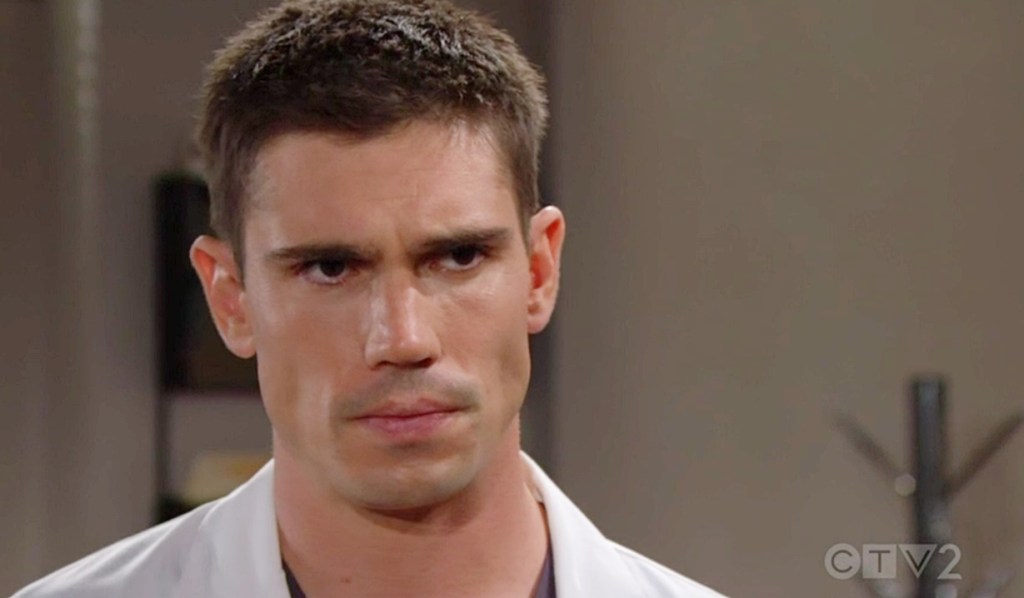 In Friday’s recap, Brooke tells Deacon he’s welcome in their home, just as Ridge throws Hope out of the cabin. Plus, Steffy and Thomas discuss Finn, and Finn thanks Sheila, who presses for a relationship.

Ah, yes — just as we predicted, Finn struggles with his commitment to Steffy and the pull that he feels toward Sheila. Do we really need to remind him of her long, long list of misdeeds to convince him to keep his distance from the soap-hopping maniac?

As Ridge reaches his breaking point, Brooke makes a decision. Has “destiny” been thwarted by Deacon’s return to the mix? If so, at least the dressmaker won’t have to look too long or too hard to find a new love to distract him — one is on the way. 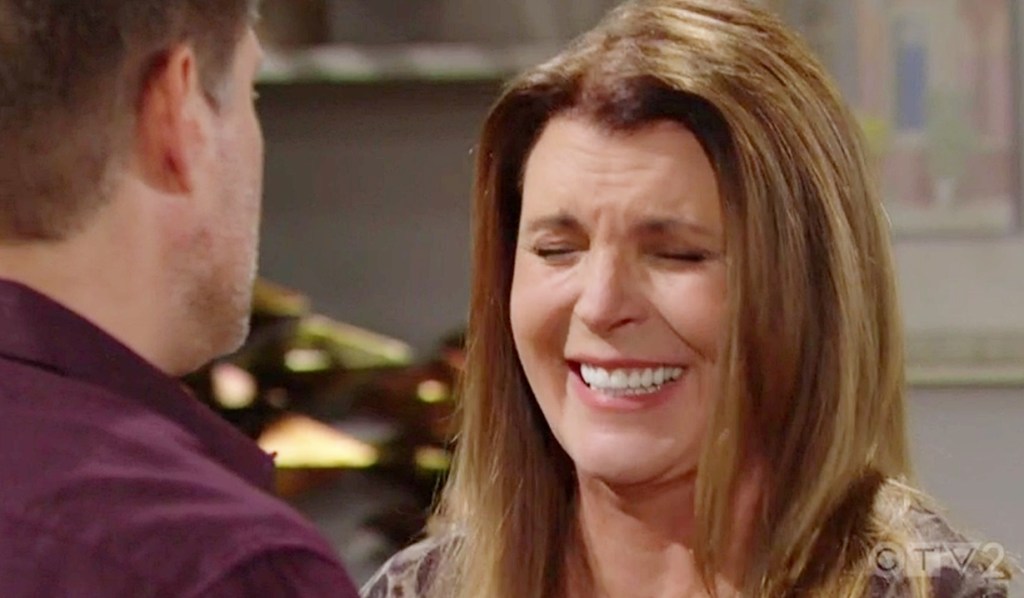 In Monday’s recap, Brooke is livid when Ridge reveals he kicked Hope to the curb, Liam learns they’ve been evicted, and Sheila hits on Deacon and ridicules him!

How much weight can this particular “Bridge” withstand? Something tells us we’re about to find out, as Ridge stuns Brooke with news of his ultimatum to Hope.

Deacon really needs to find himself a more supportive confidante, ’cause we suspect there will be mockery, and plenty of it, when he announces his vision for the future to an incredulous Sheila.

Trouble ahead for “Bridge”! But the forbidden passion that reignites on Bold & Beautiful may not be the one you think. Plus, huge Brooke/Ridge photo gallery!

On a poignant anniversary, B&B leading lady remembers a loved one lost: “It doesn’t get easier living without you.” 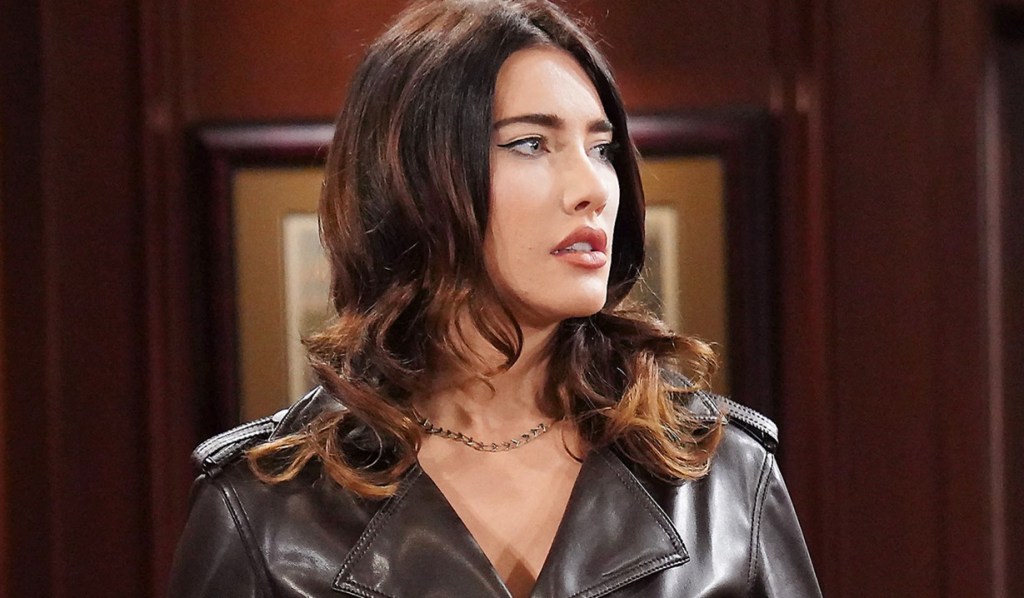 In Tuesday’s recap, Ridge walks out on Brooke, Sheila snaps on Deacon, and Steffy mentions Taylor!

She might have gotten a chuckle out of Deacon’s little fantasy in the beginning, but mirth turns to plain old-fashioned irritation as Sheila grows frustrated with her roommate’s fixation on Brooke. Is Deacon inadvertently painting a target on the back of the ex that he never quite got over?

It’s time to test Brooke and Ridge’s old theory that they’re the couple who can “get though anything together” when they hit a significant impasse in their relationship. After moving past their differences over Thomas, has “Bridge” arrived at yet another crossroads, one that will ultimately lead them down separate paths?

Her life in pictures: On her 12th birthday, watch the daughter of B&B alum Kyle Lowder grow up before your eyes. 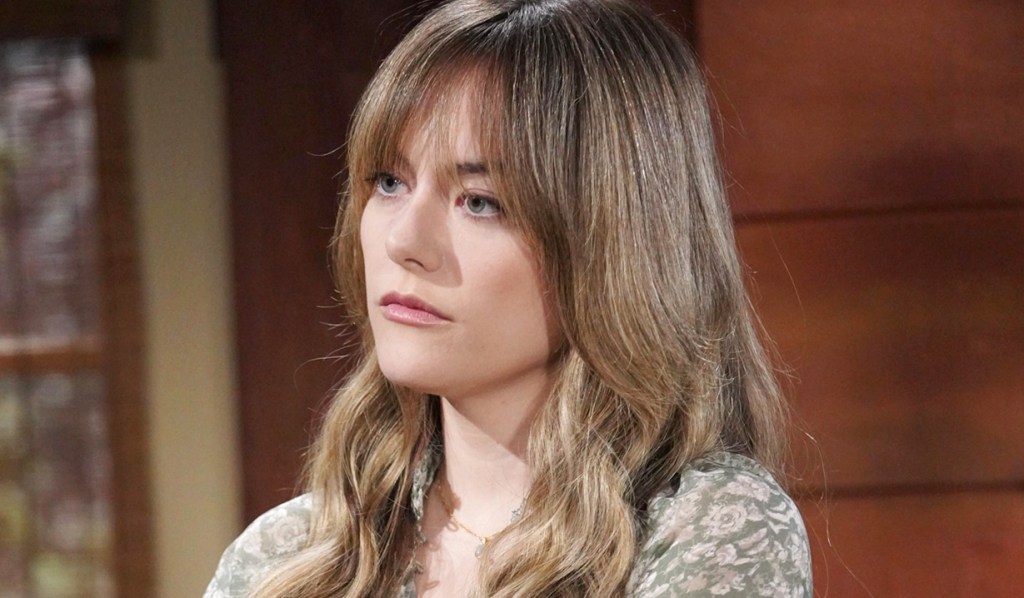 In Wednesday’s recap, Bill urges Liam to do whatever it takes to keep Deacon away from Hope, Steffy and Thomas work on Ridge, and Deacon interrupts Brooke’s conversation with Hope.

Wow! See the glamorous results when a Bold & Beautiful star and her Young & Restless besties from the 1990s reunite for their annual holiday photo!

As battle lines are drawn, Steffy and Thomas rally around Ridge, reminding him of their own family bonds. Despite what Brooke might think, it’s not all about her, her, her.

We’re not sure how objective he can be, given his own history with Deacon, but it will be interesting to see what advice Dollar Bill will have to offer Liam when he counsels his son on his stressful dilemma involving Hope’s father.

On the anniversary of a recast that made fans look twice, the replacement looked so much like the original, we crack open a newly expanded photo album of soap stars and their real-life doppelgangers. 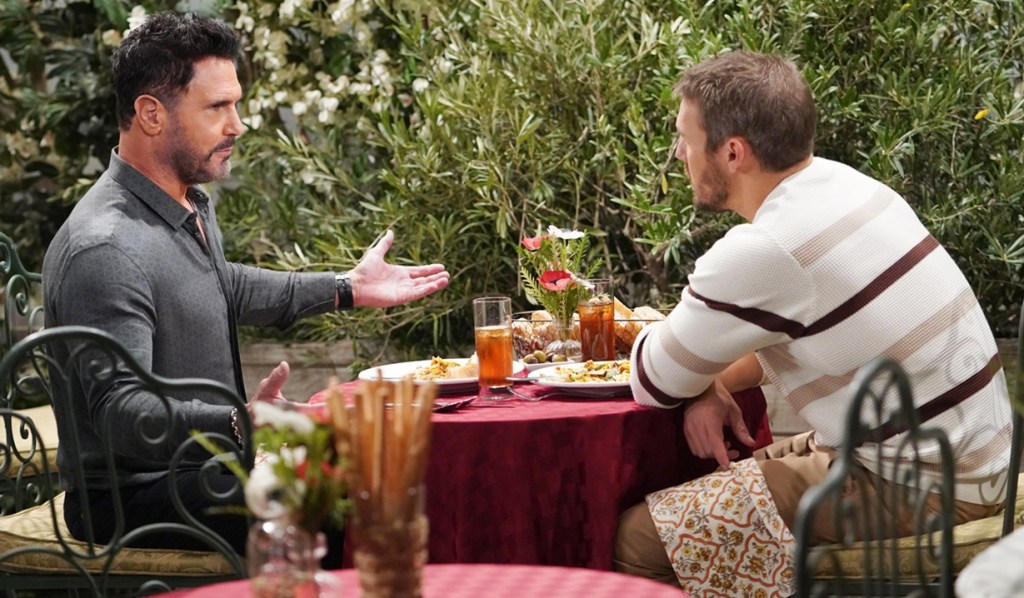 In Thursday’s recap, Steffy and Thomas wonder what might have been, Brooke and Ridge reach an impasse, and Bill doubles down on his advice to Liam.

When Hope and Deacon put Brooke on the spot, will they get the response for which they’re hoping? We predict that Ridge’s wife will shed one of her trademark single-eye tears. The only question in our minds is, will it be a happy one… or a sad one?

When Ridge, Thomas and Steffy get emotional discussing the past, present and future, it sure sounds like the stage is being set for the return of someone significant to their family. Wanna bet that someone’s name rhymes with “sailor”?

Jacob Young reveals whether he’d ever return as Rick — plus, the former castmate he feels got “the short end of the stick.”

Keeping up with the Joneses… or, in this case, the Sharpes and Logans. When Sheila gets jealous of Deacon’s progress with Hope and Brooke, she will undoubtedly be compelled to try something radical in an effort to further her relationship with Finn and Hayes. It goes without saying that this spells danger for any unlucky person who gets in her way. Perhaps she’ll have to go so far as to recruit the one man Kimberlin Brown says ever loved her psycho character unconditionally.

After missing scads of drama involving her offspring in recent years, from Thomas’ brain tumor to Steffy’s wedding, Taylor returns to Los Angeles, where she and Steffy share a joyous reunion. Remind yourself of all that the doc has been through by reviewing our handy-dandy photo gallery that retells her unbelievable life story.

As you spend time with your relatives this holiday season, consider yourself lucky: Your family tree could have branches as tangled as those of the Logan sisters. Find out how they’re connected to half of L.A. in our brand-spankin’-new photo album.