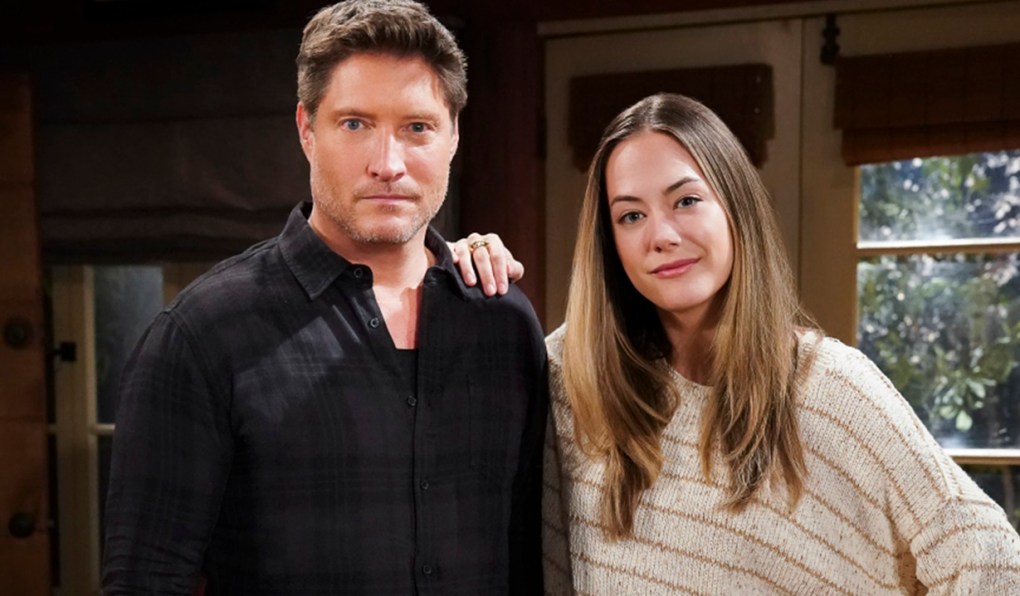 In Soaps.com’s newest Bold & Beautiful spoilers for Monday, October 11, through Friday, October 15, Sheila — never one to pass up a golden opportunity to further her own agenda — sets her sights on desperate dad Deacon as a means to an end. Meanwhile, Thomas enters into a new arrangement with Paris that could spell big trouble for Zende, and Eric lays it all on the line with Quinn after Ridge goes another round with her and Carter! Keep reading to find out what, or who, will have Hope and Liam at odds and much more. 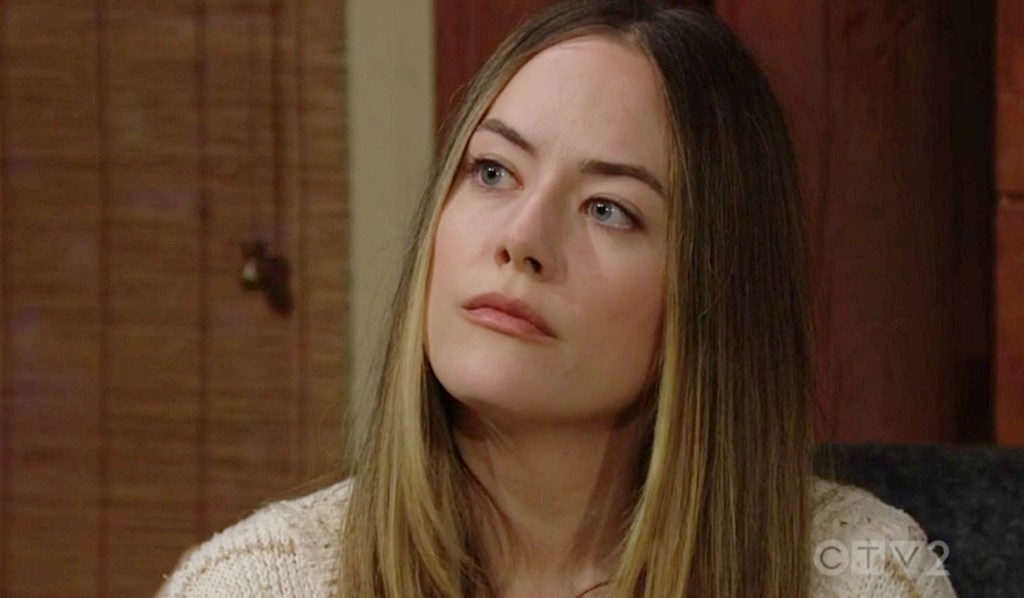 In Monday’s recap, Sheila plies Deacon with tequila and pressures him to team up against the Forresters. Plus, Steffy hears stunning news, and Liam and Brooke lay down the law to Hope!

When Brooke and Liam lay down the law to Hope about Deacon, will their rejection of her birth father be the catalyst that creates a bond between her and Finn, who is in pretty much the same boat with Sheila?

Fresh out of jail and momentarily on the straight and narrow, Deacon is sure to end up with huge regrets after a wily Sheila uses her well-honed manipulation skills to persuade him to team up.

Gorgeous photo gallery: See the Bold & Beautiful’s cast’s sexiest swimsuit shots from past to present as we say a final farewell to summer!

In Tuesday’s recap, Sheila invites Deacon to move in, Finn learns that Hope’s dad has returned, and Liam sets boundaries.

Sheila takes advantage of Deacon’s shortfall as a means to an end. Will the she-devil maneuver Hope’s Daddy Dearest into a situation where she can coerce him into helping her gain access to Finn and Hayes?

Hmm, this sounds familiar. As with Steffy and Finn where Sheila’s concerned, Liam and Hope disagree about Deacon’s role in their lives. Will Beth’s father remain determined to keep the ex-con far away from his baby girl? 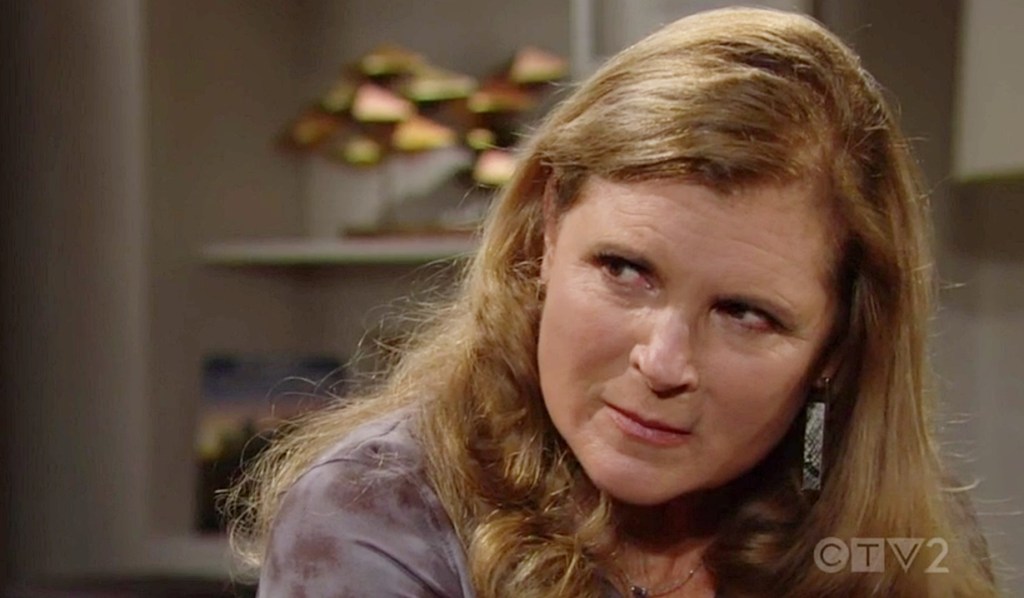 In Wednesday’s recap, Hope ends up in tears when Deacon pays her a surprise visit — and Liam throws him out. Plus, Thomas jumps the gun with Paris, and Sheila vows to get what she wants!

We’re confident that we’d know Deacon Sharpe anywhere, but will he get past the top security at Forrester Creations when he goes undercover to pay a surprise visit to Hope at work? More to the point, will he be able to make it past her mother and his ex, Brooke?!

Paris receives an unforeseen gift from an unexpected person. Given the twitterpated look in his eye when he watched her sing the national anthem at the Dodgers game on television, we’re going to guess that Thomas is the one who has a present for her. Is he really going to move in on another man’s woman again?! 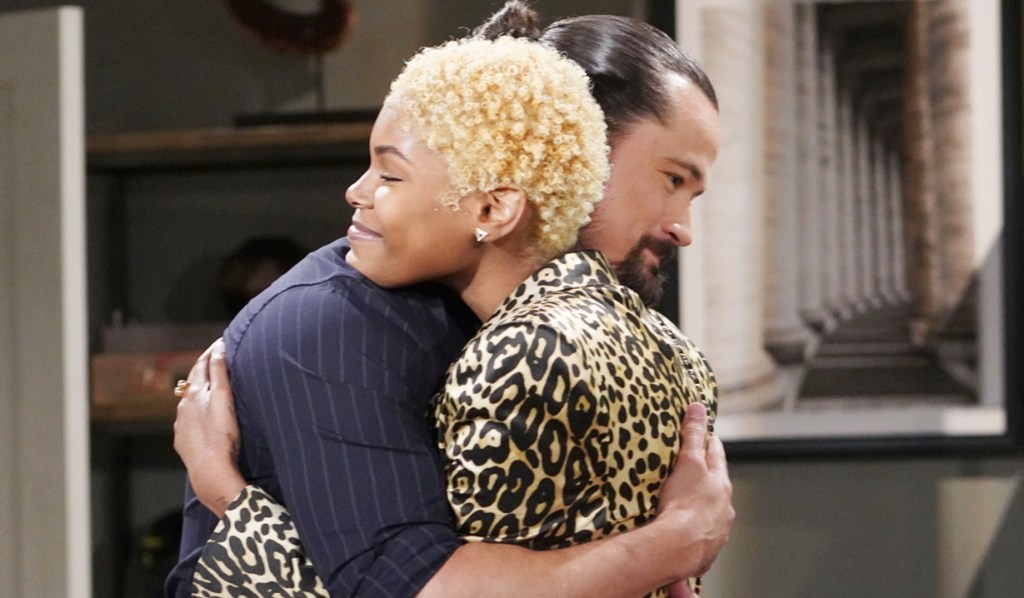 In Thursday’s recap, Ridge has another go at both Quinn and Carter, and Thomas and Paris decide to move in together!

Heads-up! Bold & Beautiful history is about to repeat itself as it turns its dreaded triangle into a quadrangle — but with a twist! What’s about to happen with Hope, Liam, Finn and Steffy?!

Yep, it looks like he is going to move in on another man’s woman again! It can only mean a romantic triangle is about to develop when Thomas and Paris celebrate their new arrangement. Does Zende even have a chance of competing with his cousin’s level of obsession? Oops, we mean devotion… or do we?

Like a dog with a bone, self-righteous Ridge refuses to back away from a matter that is none of his business. Watch for him to argue with Carter and give Quinn an angry earful about Eric.

Hot Topic: Will L.A.’s newest scheme team be the ones to put an end to Brooke and Ridge’s hypocrisy?

Bill goes to great lengths to set things straight with Katie, but will it even matter at this point since Brooke seems to have her sister earmarked to take Quinn’s place with Eric? We all know that what Brooke wants, Brooke gets! Which also begs the question: How will Donna react to being stabbed in the back by her siblings?!

It sounds like the beginning of the end when Eric takes a stand and makes a heartbreaking demand of Quinn. Will he insist that she move on with her life without him since he has no clue how to satisfy her in the bedroom given his erectile dysfunction? And if so, will the hot-to-trot jewelry designer resolve to stay by his side and give up Carter, or will she cave to his wishes and move out as Ridge so fervently hoped?!

Review Deacon’s litany of sins in a new photo gallery that suggests that his two most-repeated words really ought to be “I’m sorry.”