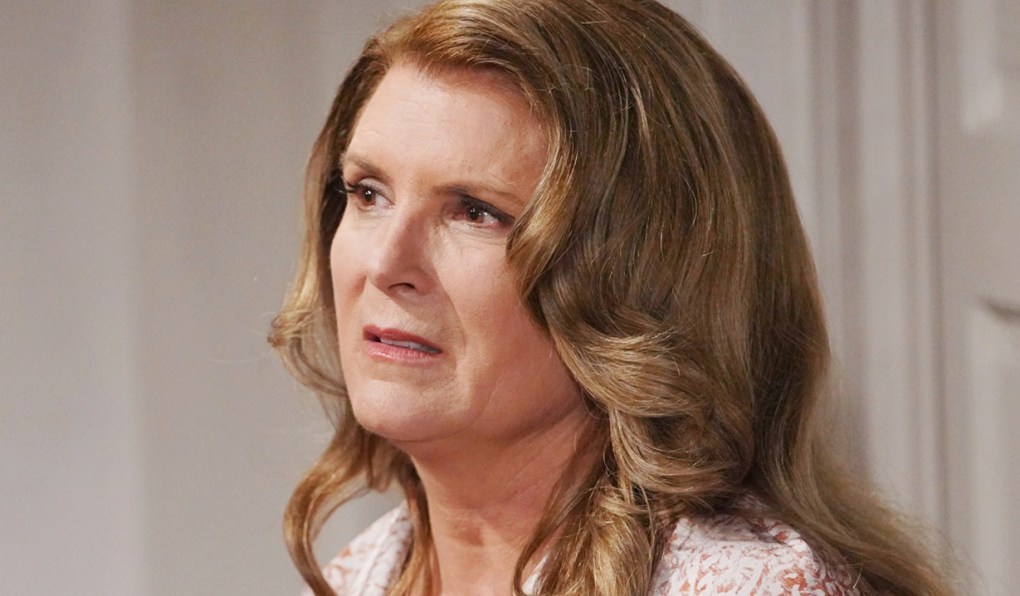 In Soaps.com’s newest Bold & Beautiful spoilers for Monday, August 30, through Friday, September 3, prepare for your heart to break for the devastated and lonely Carter, who has been left with nothing but memories after Quinn’s departure, and be afraid — very afraid — as threats are made and lines drawn in the sand ahead of what could be an epic showdown between Steffy and Sheila! Get the details, if you dare, below… 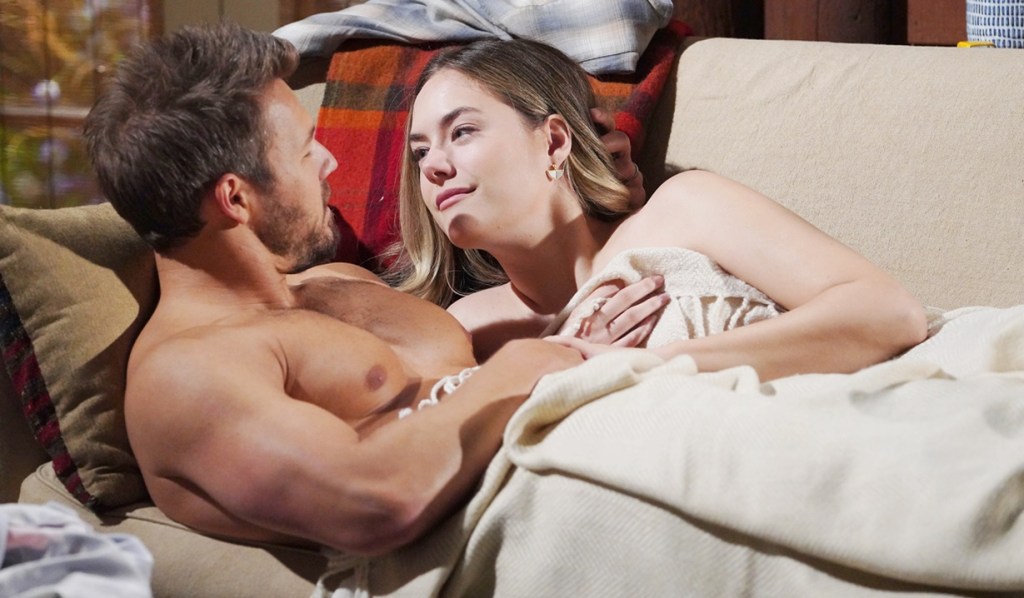 In Friday’s recap, Steffy is left in an absolute fury after slapping Sheila and blasting Finn. Plus, Hope and Liam enjoy sexy time.

Kaboom! Steffy puts Finn on blast for betraying her trust — and only what, days after he promised to love, honor and cherish her? What part of, “Honey, your mother has tried to murder half my family at one time or another!” does he not understand?

Short of undergoing enough plastic surgery to turn herself into someone altogether different — which she’s been known to do — we can’t imagine how Sheila thinks she’s going to be able to maneuver her way out of her current mess with Steffy. But she does indeed think she’s going to, and takes steps to make it happen. Wonder if she’ll be falling back on her old playbook, colorfully illustrated by this photo gallery of her past misdeeds.

In the newest Bold & Beautiful promo, Steffy is living with Finn for allowing Sheila to hold Hayes! 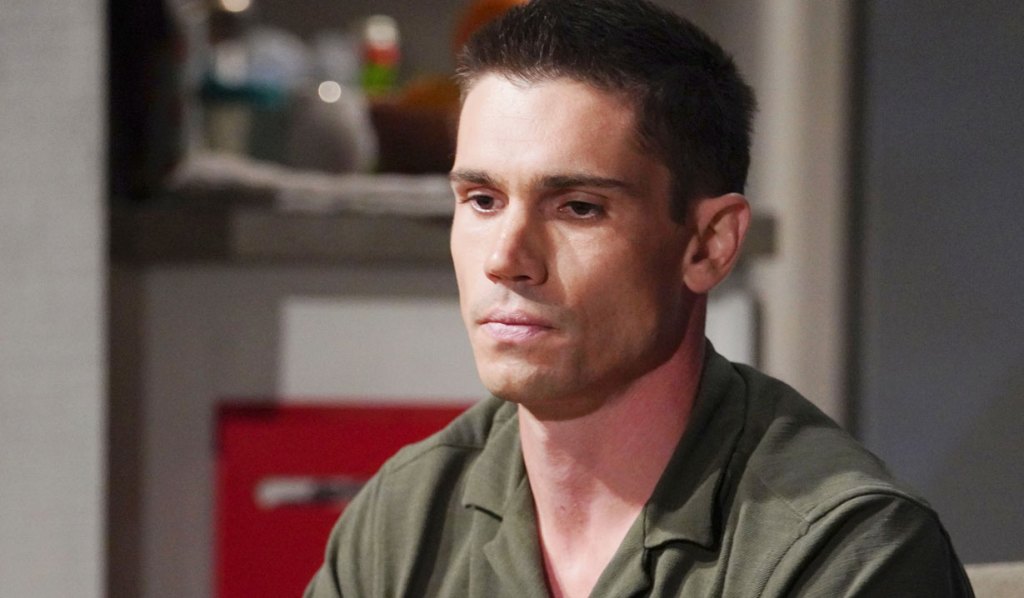 In today’s recap, Finn is stunned to tears by Steffy’s admission, plus Jack gives Sheila a warning and Zende asks Paris an important question.

We hope Jack is made of tough stuff, because it’s not looking good for Finn’s dad when Sheila doubles down on her blackmail while threatening him. What will the mustachioed family man’s response be when the she-devil turns up the heat?

Wow, this might be a record — even for a soap opera! When Steffy asks Finn to leave after his betrayal with Sheila, it’s a case of the honeymoon being over… just after the honeymoon. And though we hate to say “I told ya so”… well, in this case, we literally did.

Kimberlin Brown is likely to make “Auntie” cry uncle as she takes a stab at making Lawrence Saint-Victor even hunkier — wait, is that even possible? 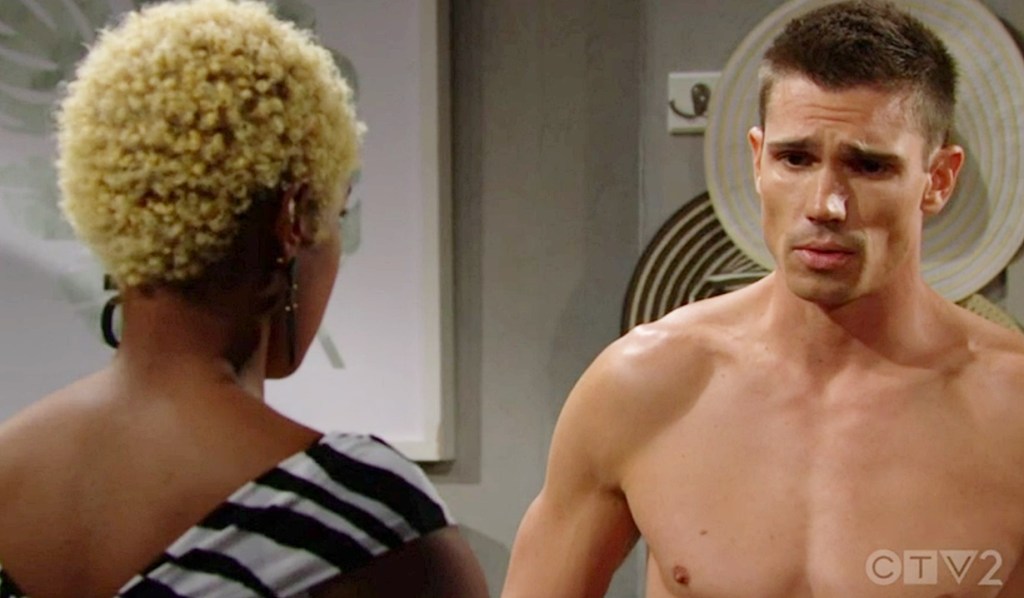 Color us not at all surprised, as Paris, who clearly has a huge crush on her “roommate” (or former roommate, given that Finn just got kicked out), lends an understanding ear as the confused doctor sorts through his feelings.

Things go from bad to worse for Finn when he falls out of favor with his father-in-law and former fan, Ridge. Watch for the dressmaker to become absolutely furious upon learning that Steffy’s new husband allowed Sheila to take Hayes in her clutches. 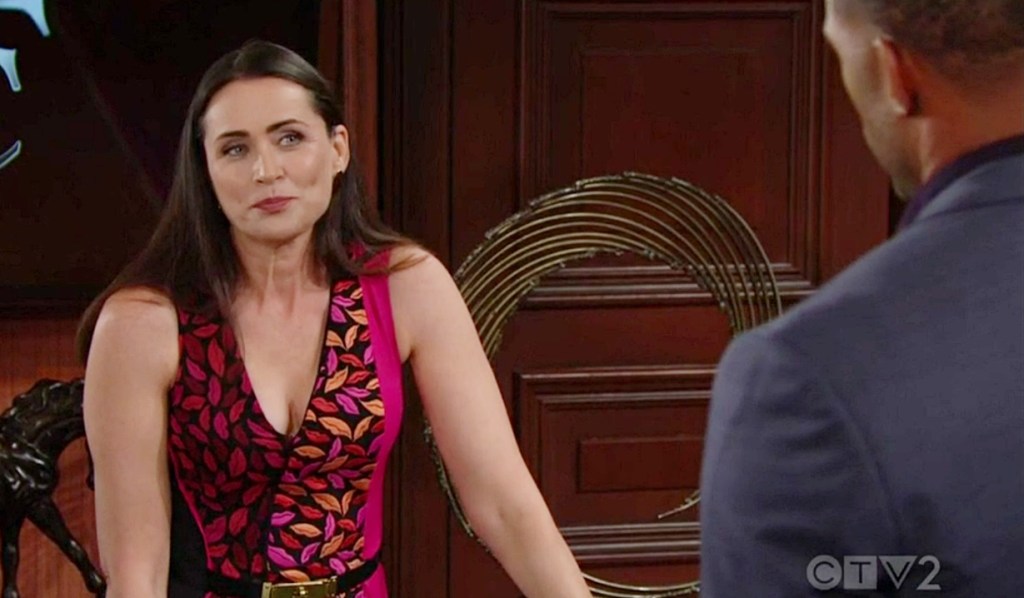 In Wednesday’s recap, Finn winds up in a clinch with Paris after Steffy drops a bomb regarding their marriage, and Quinn and Carter share a close moment over an admission.

It sounds like Finn will get an up-close-and-personal glimpse of that strength he admires so much in Steffy when she delivers a devastating blow to her new hubby regarding their marriage. We have to wonder: Will she be delivering an ultimatum concerning his birth mother… or just walking away?!

We knew they couldn’t stay away from each other, and we’re not going to lie — we’re not upset about it, either. When Carter makes an admission to Quinn, will he let her know that he can’t move on without her? And if so, will she confess that she feels the same way — especially considering what Eric’s going through?

Stoked over his new series, Darin Brooks (Wyatt) jokingly thanks big-screen heartthrob for being too busy to do it! 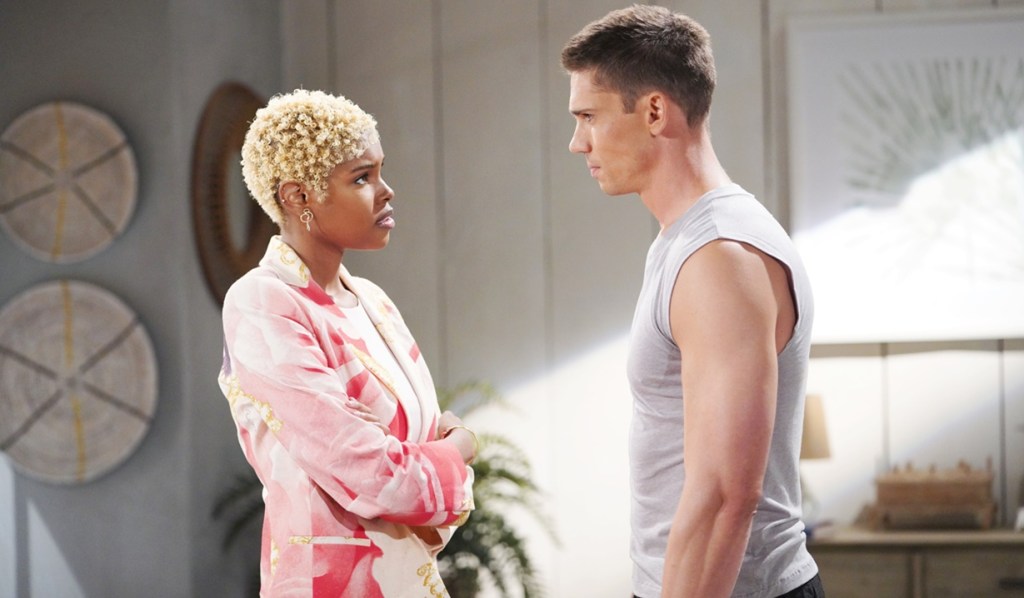 In Thursday’s recap, Quinn shares her frustrations with Eric’s bedroom issues with a close confidante, and Paris sides with Finn!

We know he slept with the boss’ wife, but we can’t help but feel awful for poor Carter. Knowing that it’s over between himself and Quinn, the Forrester’s favorite attorney remembers moments of passion with his lover.

When Paris declares to Finn that she stands firmly on his side, it kinda makes us wonder if she’s thought this through. Aligning herself with the co-CEO’s estranged husband and possibly Sheila Carter just might get Paris thrown out of the cliff house and the Forrester Foundation! It’s almost like she’s working to make our prediction come true that she would become Steffy’s worst nightmare.

In light of the revelations about his current struggles in the bedroom, it’s not surprising that Eric wants Brooke and Ridge to stay the heck out of his personal life. But when he demands they butt out, will they respect his wishes? If we know Brooke, and we do know Brooke, being rebuffed will only cause her to redouble her efforts. Meanwhile, could the soap be getting ready to tell a truly adult story that will get tongues wagging?

Red alert! Sheila’s anger and frustration at Steffy rises in intensity — which means we could be headed for a very dangerous, and even deadly, clash that could lead to the Forrester family reliving a familiar nightmare all over again!

Trace Courtney Hope and Chad Duell’s steps from first meeting to lasting love with a brand-new photo gallery that dives deep into the stars’ real-life romance. It’s a story worthy of Bold & Beautiful or General Hospital!

Celebrate the 14th anniversary of Heather Tom’s debut as Katie with a photo gallery full of memories of her incredible run as the youngest Logan sister.