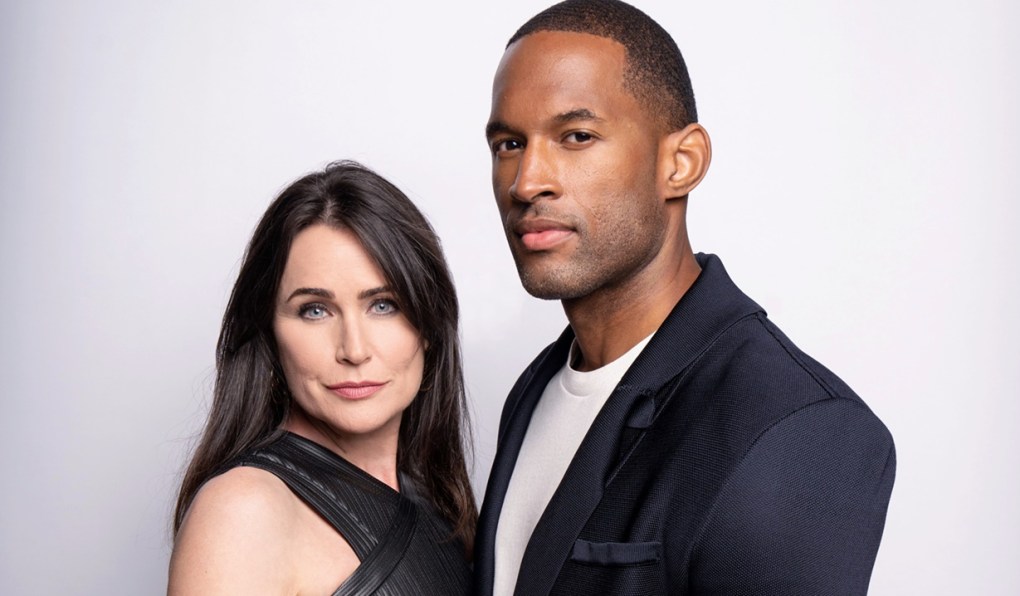 In Soaps.com’s newest Bold & Beautiful spoilers for Monday, June 14, through Friday, June 18, Quinn and Carter are thrown into a tizzy at the office when their secret once again becomes a threat to their relationships, and Liam deals with his increasingly dim prospects by turning to an astoundingly unlikely person for a favor. Read on for more details on these teasers and many more… 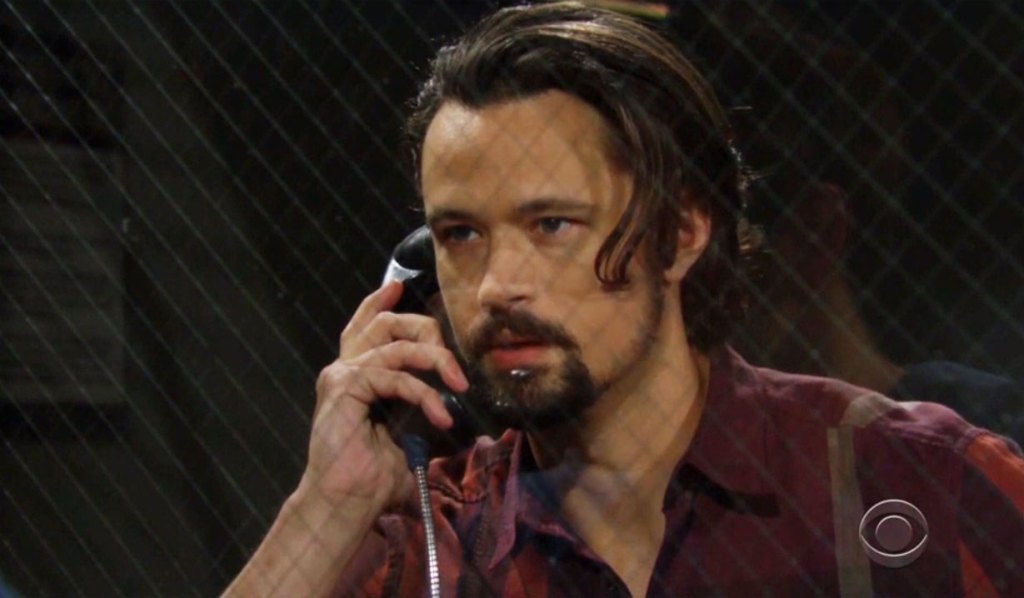 In Monday’s B&B recap, Quinn gets on her knees and begs Paris, while Wyatt struggles with a big question, and Liam asks a huge favor of Thomas.

Maybe she shouldn’t keep talking about it in the office! Quinn panics when she finds out Paris knows about her dalliance with Carter. Will Eric’s wife be able to convince Zoe’s younger sibling to keep quiet for the greater good, or will Paris spill the beans to Zoe and cause utter chaos at Forrester Creations?

When Liam stuns Thomas with a special request, we can’t help but wonder if he’ll ask the dashing designer so dedicated to Hope to look after her and the children for him while he’s behind bars. 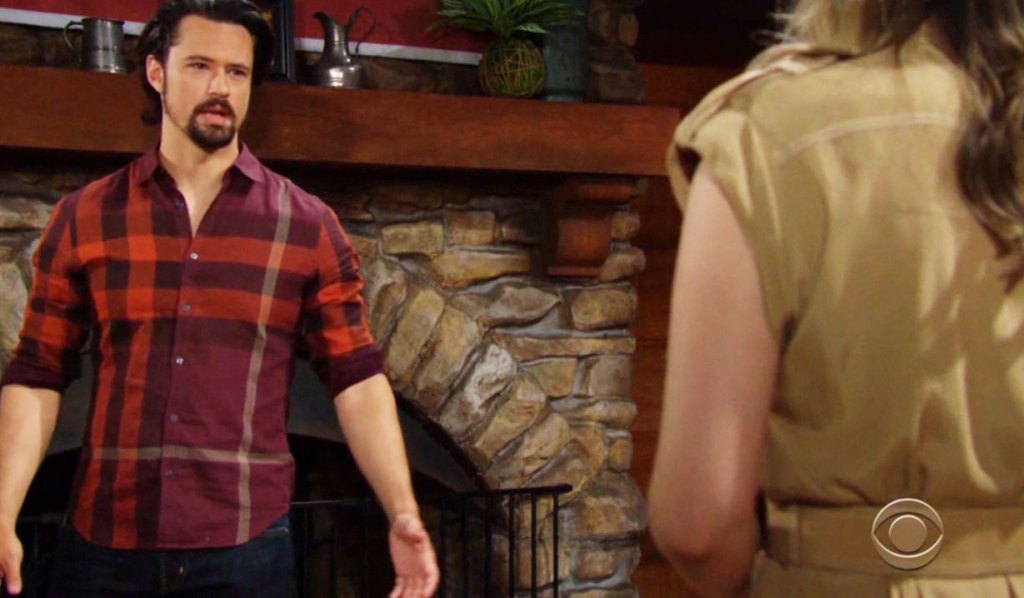 In Tuesday’s B&B recap, Hope’s stunned to hear the favor Liam asked of Thomas, and Carter pleads with Paris to keep quiet.

Team effort! Carter and Quinn beg Paris to keep their secret from Zoe and Eric, but will she be convinced? The Forrester Foundation do-gooder certainly doesn’t seem like the type to be comfortable withholding such pertinent information… but then again, she wants Zoe’s happiness above all. Hmm.

It will be interesting to see Hope’s reaction when Thomas admits to her the favor that Liam asked of him. Given that she once pushed Liam toward Steffy when her own future looked bleak, will she be understanding of her husband’s bonkers request? 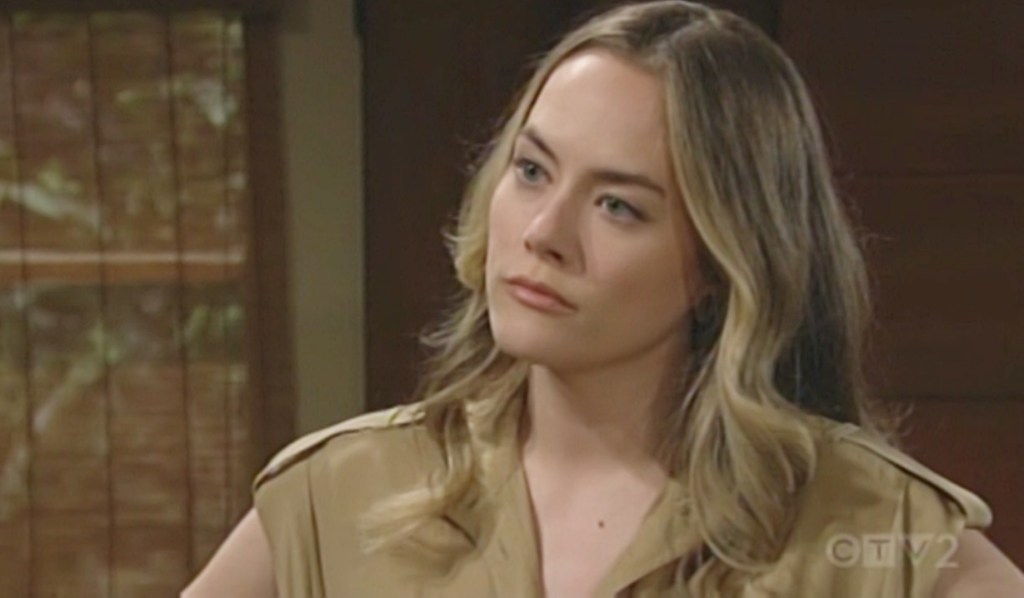 In Wednesday’s B&B recap, Steffy’s visit leaves Liam in tears, Ridge advises Finn, and Liam vows to get back to Hope.

Terrifying! Bold & Beautiful’s Don Diamont was forced to secure a restraining order against an alleged stalker who crossed the line.

Although she has a dandy new man in Finn, and a bright future besides, it’s hardly a surprise that Steffy becomes emotional when she visits Liam in jail. After all, her ties to her babydaddy run deep and resurface often. Portrayer Jacqueline MacInnes Wood previews why Steffy’s connection to Liam could be trouble in the days ahead… and why “sometimes, I just wanna shake her!”

On the heels of the desperate request Liam has made of Thomas, Hope encourages her husband not to lose faith. Will Justin, his father’s corporate legal eagle, be able to work a miracle and spring him from the pokey? 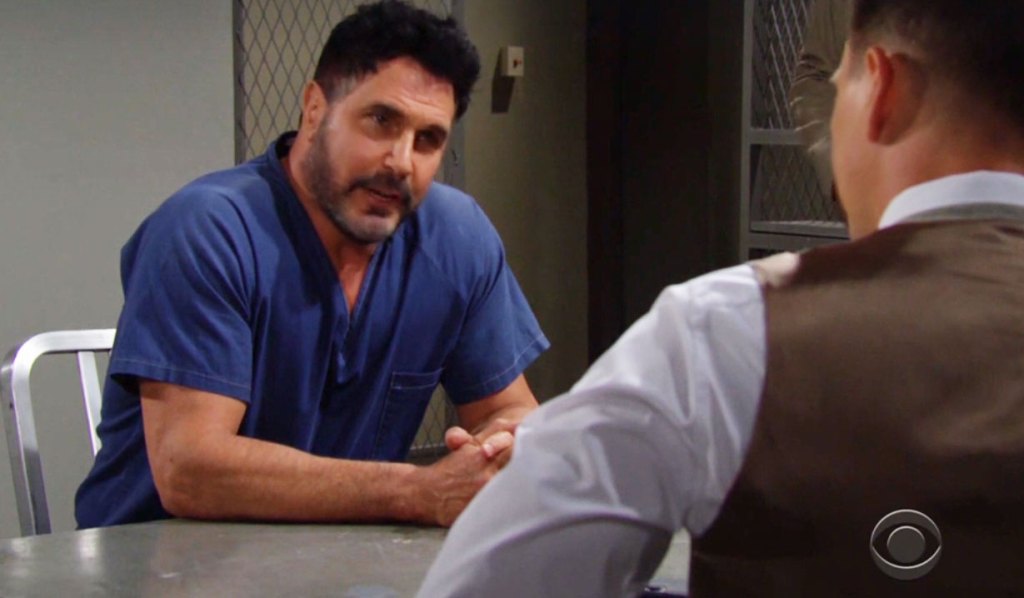 In Thursday’s B&B recap, Bill berates Justin during a visit to the jail, and Brooke learns Liam asked Thomas to look out for Hope.

Finding himself in an all-too-familiar position, Ridge does his best to ease the tensions between Thomas and Brooke. But the dressmaker might have better luck convincing oil and water to mix or the fine line between love and hate to thicken.

Presumably still cooling his heels in a jail cell, Bill lashes out at Justin and Wyatt for a job not well done. Of course, the guys probably aren’t surprised by the tongue-lashing, having been privy to so much of the hotheaded tycoon’s tumultuous history, recapped here in glorious photos. 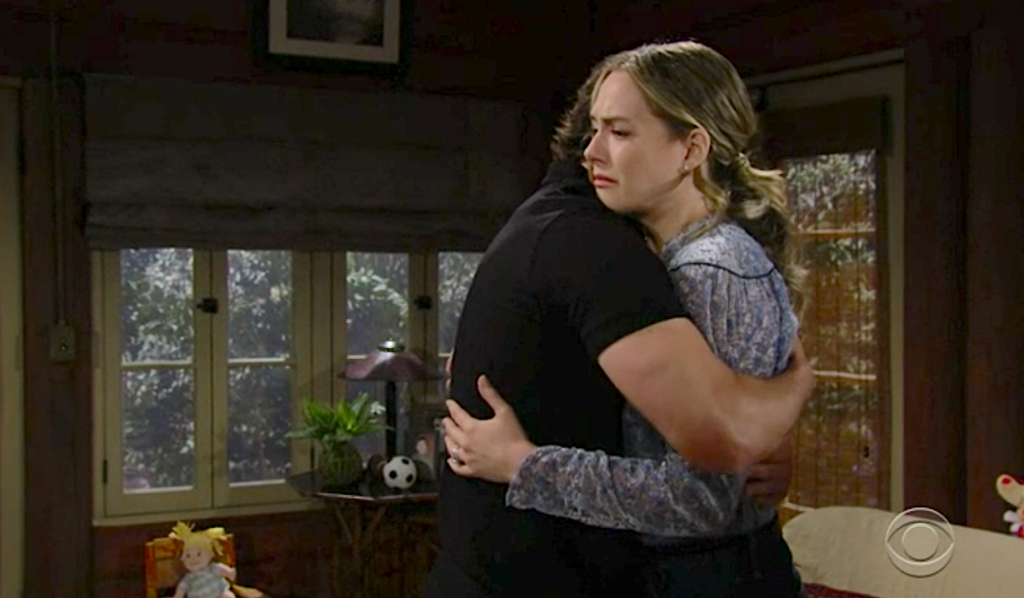 In Friday’s B&B recap, Eric walks in on Carter and Quinn, and Thomas hugs Hope.

Exhausted and guilt-ridden from keeping her sexy secret, Quinn is nonetheless shocked by Carter’s suggestion that they come clean. Should he convince her to go through with it, what will become of their love lives — and their jobs?!? Aren’t they in too deep to possibly get out now?

Despite his anger at the way his best friend died — and toward those responsible — Thomas determines to be by Hope’s side as she navigates her future. But will the Forrester heir be able to set aside his thirst for revenge against Vinny’s killers to focus on the task at hand?

On the 32nd anniversary of his passing, Soaps.com pays tribute to the soap legend who was taken from us by AIDS at just 49 years old. 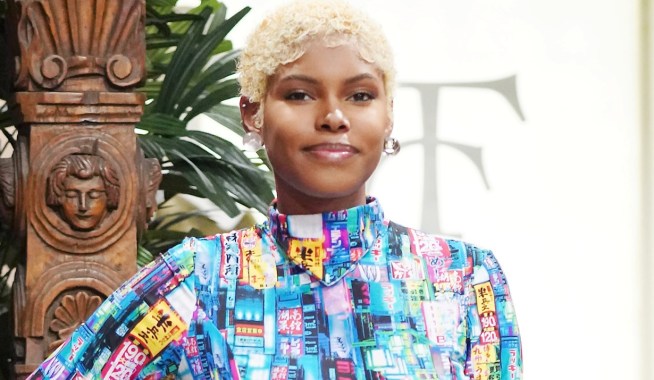 The Bold and the Beautiful Spoilers June 7 - 11

The Bold and the Beautiful Spoilers June 21 - 25 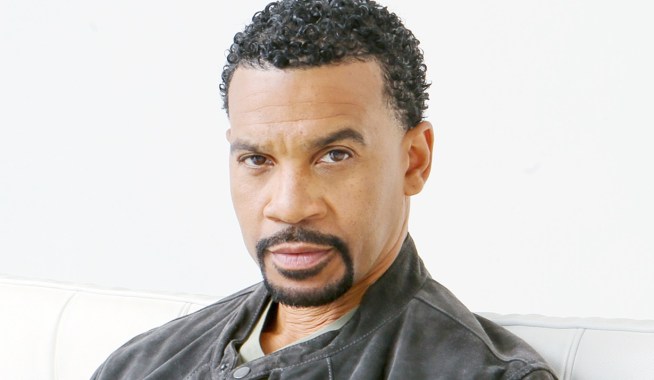