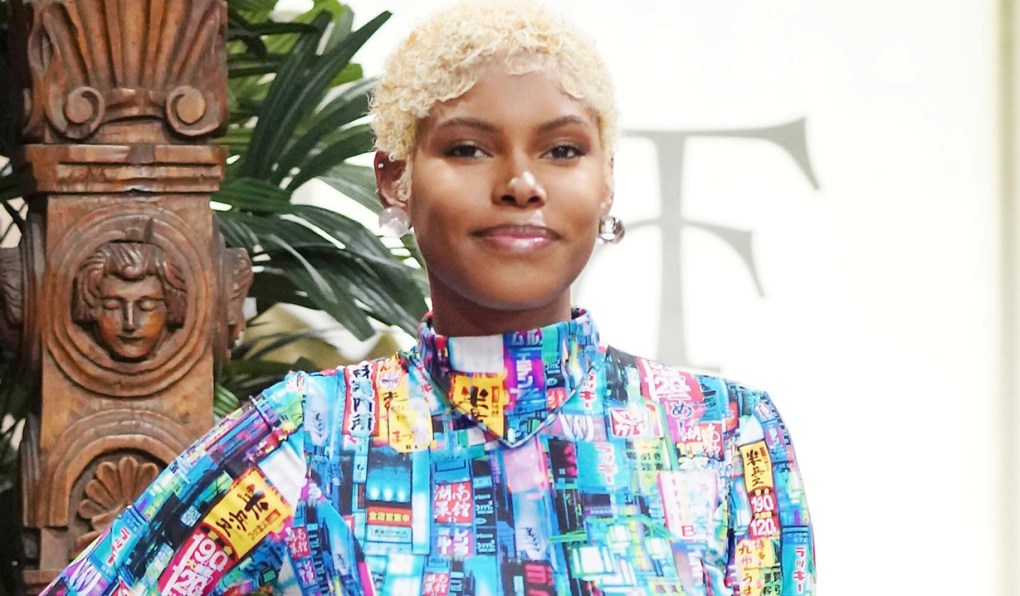 In Soaps.com’s newest Bold & Beautiful spoilers for Monday, June 7, through Friday, June 11, the drama ramps up to nail-biting levels as Thomas learns that Liam was behind Vinny’s death, and after making a shocking discovery of her own, Paris vows to uncover the whole sordid truth! Read on for the gripping details…

No hope for the future?! The Bold & Beautiful shock that will push Thomas to the breaking point — and fracture his relationship with the woman he loves.

In the latest preview for Bold & Beautiful, Paris confronts Shauna after learning her secret!

Thomas fumes after learning from Ridge that Liam killed Vinny. On the heels of Thomas’ remarkable change, will his father need to worry that the news will send his son back to the dark side?

Hope begs Justin to find a way to get Liam out of jail, but will Dollar Bill’s right-hand man and legal eagle be able to perform what amounts to a miracle? After all, Liam did confess to killing Vinny — and without a lawyer present! 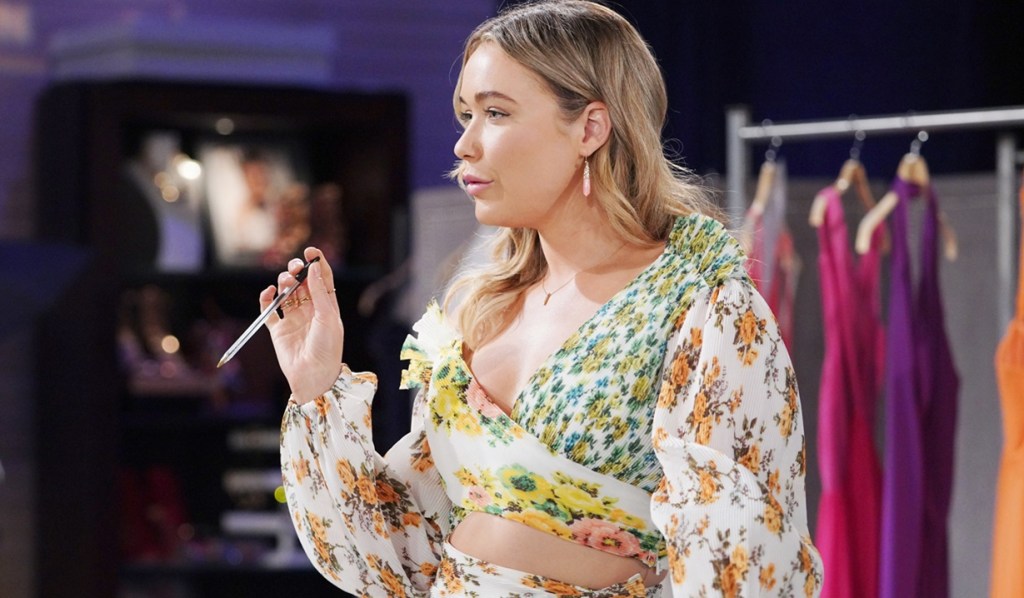 In Tuesday’s B&B recap, Eric is flummoxed by an unexpected confession, and Flo demands answers from Shauna.

We can’t wait to see the look on Felony Flo’s face as she gets the stunning news from Paris that Shauna and Carter had an affair! Will she read her mom the riot act for making the rounds at her new place of business considering that Shauna was previously with Ridge?

Carter’s guilt gets the best of him while working with Eric. Will it lead to the COO confessing that he had sex with his boss’ wife?! 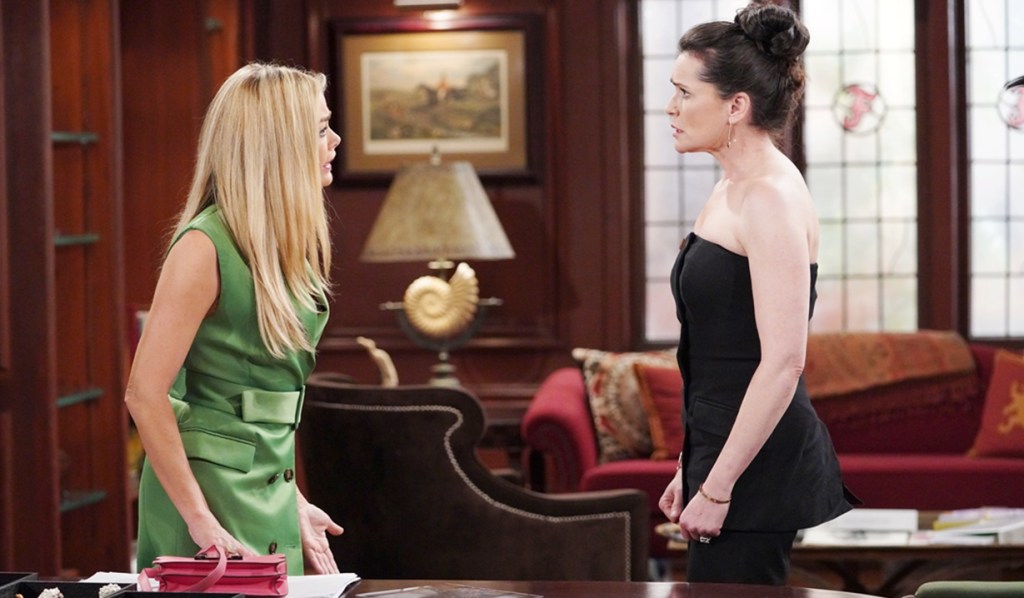 In Wednesday’s B&B recap, Paris is rocked when she overhears the truth about Carter’s affair.

Faced with her daughter’s questions, Shauna must decide whether to lie to Flo or come clean about Quinn’s hookup with Carter. What harm could it do to have one more person know the truth about the affair — Flo would keep it a secret, right? Well, she might have to tell Wyatt…

When Paris makes a shocking discovery, we have to wonder if she’ll catch on to Quinn and Carter’s secret. If so, it’s a recipe for disaster, considering that Paris has become pretty protective of Zoe, who considers Quinn to be a loyal friend. 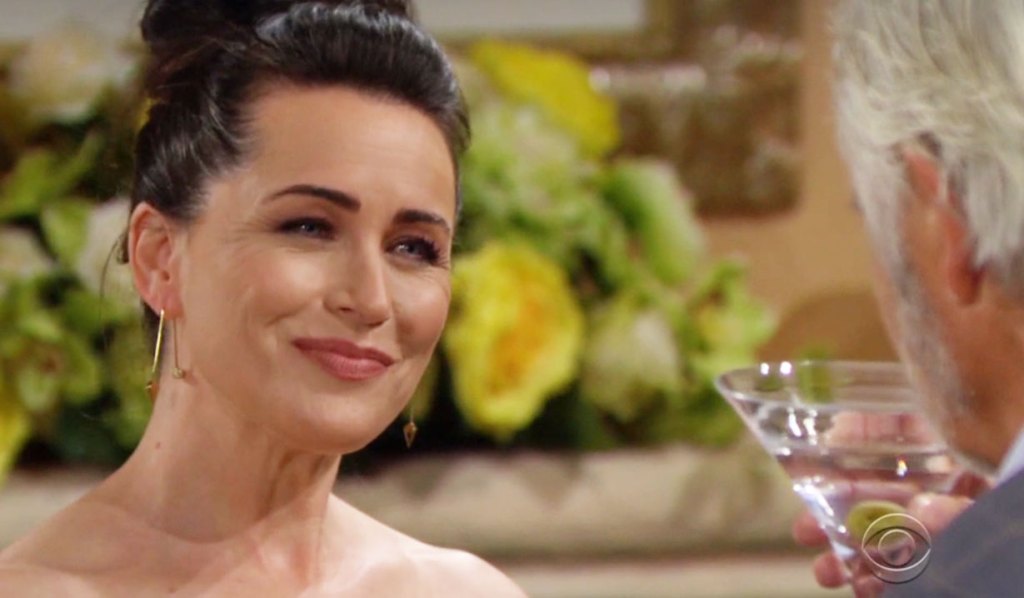 Attempting to move forward, Carter re-proposes to Zoe — “attempting” being the key word as we’re not entirely convinced that he’s over Quinn and the amazing connection they shared during their short but passionate affair.

On the heels of her stunning discovery, Paris endeavors to get to the truth. If she does, can exposure — and, with it, fireworks — be far behind?

Game-changer! Paris’ next move on Bold & Beautiful could change everything — and ruin Zoe’s rekindled romance with Carter. 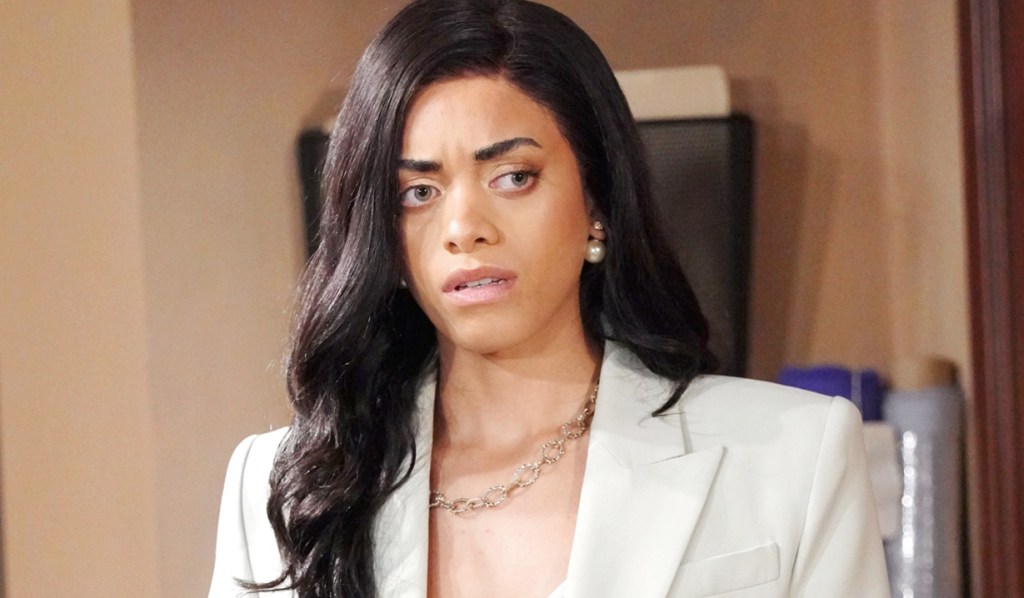 In Friday’s B&B recap, Quinn is shell-shocked by Shauna’s warning, and Paris prepares to drop a bomb on her sister.

Will sparks fly once again when Quinn and Carter update one another on their current relationship status? Something tells us it’s inevitable — but will they act on it?

After Carter’s proposal, Zoe remains blissfully unaware that her happiness hangs in the balance. Could the inevitable discovery that she got played as badly as she tried to play her fiancé be the catalyst for Zoe to leave town? Could the show find a way to play out the story that we desperately want for the character?

Celebrate the anniversary of Jacqueline MacInnes Wood’s debut as Steffy with a photo album full of memories of the character’s life and loves.