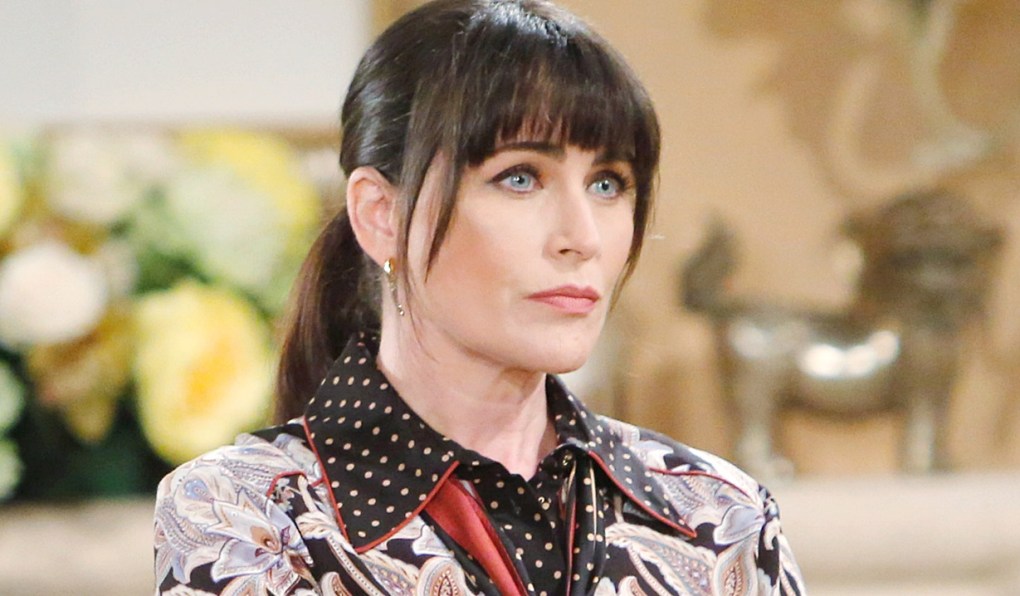 In Soaps.com’s newest Bold & Beautiful spoilers for Monday, April 19, through Friday, April 23, even as Quinn tries to do Zoe a solid, her own marriage gets shaky; the drama surrounding Vinny’s death ratchets up as Lt. Baker builds a theory; and Hope makes a request of Liam that he’s unlikely to refuse. Read on for all the deets…

In the B&B weekly preview, Zoe begs Carter for a second chance. 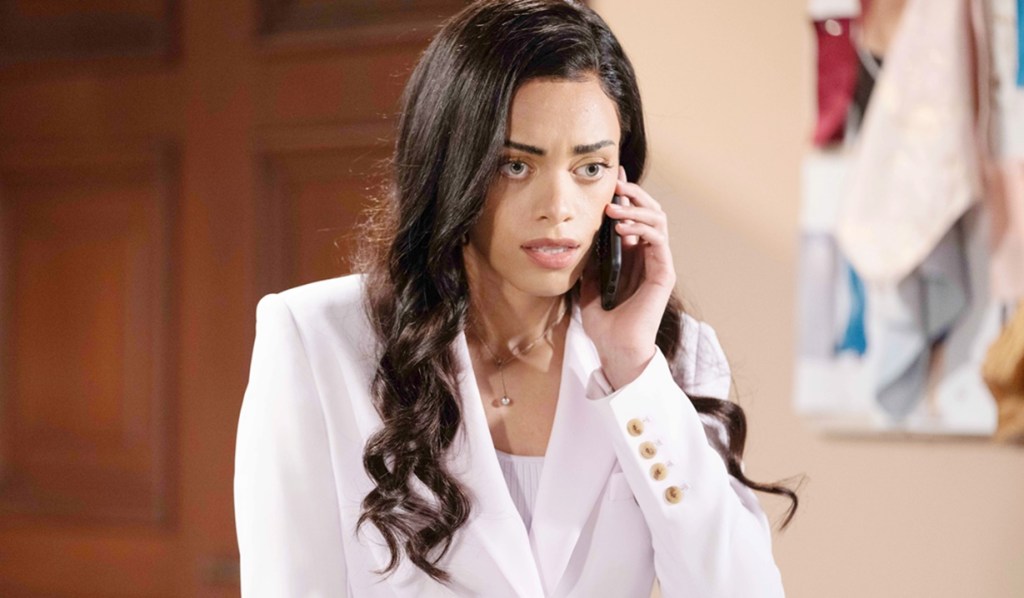 In Tuesday’s B&B recap, Quinn gets an eyeful of Carter in his skivvies after he doles out some sex therapy, and Eric makes a confession to Ridge.

Anything for a fellow schemer! Quinn shows a rare glimpse of her softer side — and yes, she does have one — when she makes an impassioned plea to Carter on Zoe’s behalf. But will it have the desired result, considering its untrustworthy source?

Let’s face it, Hope has loads of experience recognizing when her husband is keeping something from her — and not just because he’s terrible at it. Will Liam finally come clean when his wife asks about his strange behavior of late?

We kinda’ love this! Bold & Beautiful fans are shipping *this* unexpected pairing. Are you up for a soapy secret affair? 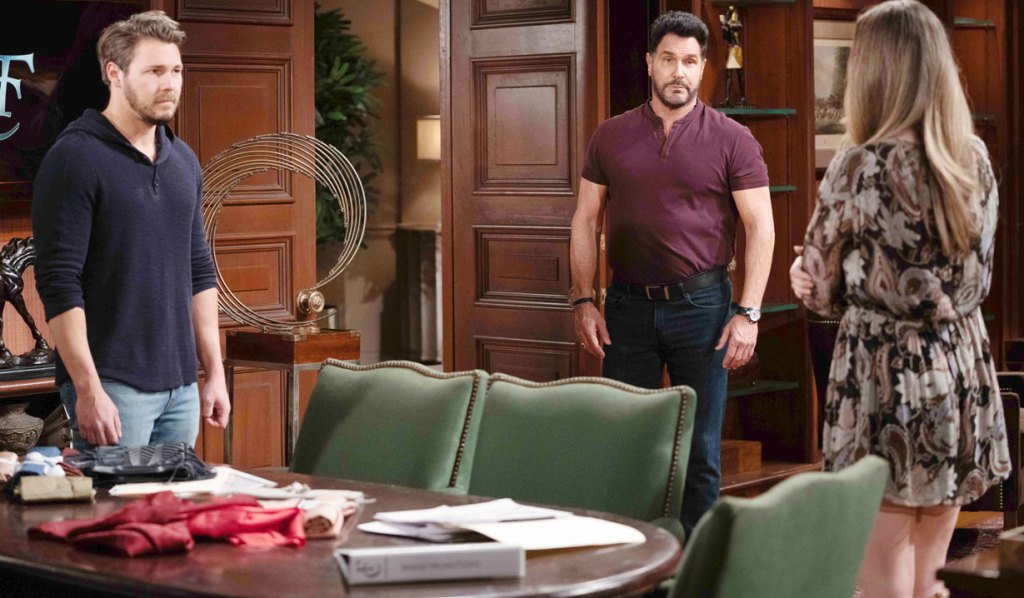 In Wednesday’s B&B recap: Bill takes action as Liam begins to spiral out of control in front of Hope — and Quinn tells Eric exactly what she wants!

Shocking exit! Bold & Beautiful’s Kiara Barnes is trading soap for a fantasy role. Get all the details and find out what it means for Zoe.

When Eric admits to Ridge the specific issue that he’s having in his marriage to Quinn, will his son wish that he’d never asked? Or will Quinn’s onetime flirtmate somehow be able to help?

As you’d expect that he would, Dollar Bill swoops in to keep Liam from making a huge mistake — presumably confessing to his role in Vinny’s death. Hmm… why do we have a feeling this will be happening a lot in the coming days and weeks? 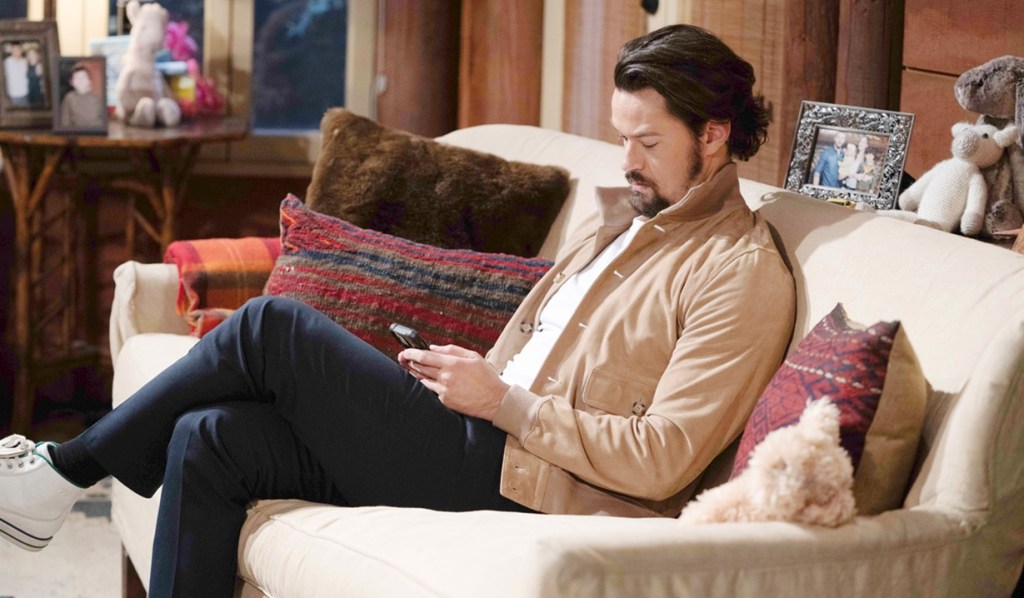 When Hope confides in Thomas about Liam’s strange behavior, will the closer-than-ever twosome realize that the commencement of her ex’s troubles coincided with Vinny’s death and put the pieces together?

There’s nothing scarier than a Quinn scorned! Will the schemer find herself facing rejection when she attempts to rekindle her passion with Eric? Given that he recently confided in Ridge about some “issues” in their marriage, it’s definitely a possibility.

Once again, Bill talks Liam down off the proverbial ledge. See, we told you it would keep happening. We’ll be surprised if we make it through this storyline without adding to Liam’s laundry list of boneheaded decisions.

Who will become the main suspect when Lt. Baker and Detective Sanchez develop a theory about Vinny’s death? Anyone else wanna bet that it rhymes with the last part of “uranium”?

Lucky for Bill, Aaron D. Spears is returning to Bold & Beautiful as Justin Barber amid all of the Spencer Family drama!

B&B vet Jack Wagner reveals a new Wedding March sequel to come on Hallmark: Will Mick and Olivia finally have their happily ever after?

When Hope makes a welcome request of Liam, we have to wonder if she’ll invite him to move back into the cabin… and out from under Bill’s watchful eye and rather rage-y countenance. If so, that’s the very definition of an offer he can’t refuse, right?

In keeping with his over-the-top mood of late, Bill gets mad when Lt. Baker interrupts a moment between him and Katie. On the plus side, at least Bill will be getting a moment with Katie.