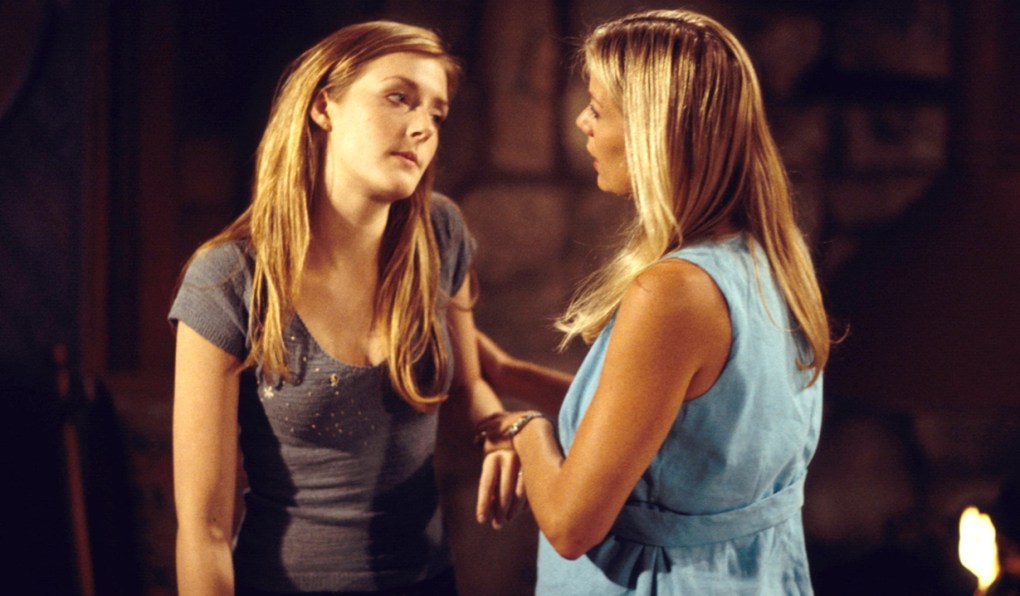 In Soaps.com’s newest Bold and the Beautiful spoilers, it’s ‘Classic Confrontations Week’. The CBS soap opera will air episodes going back to 2002 featuring stories of characters squaring off.

Please note: Though Bold and Beautiful has resumed production of new episodes, until they begin airing, classic episodes will continue Monday through Friday. CBS Daytime brings style, sophistication, seduction and sniping as “Theme Weeks” feature previously-viewed episodes of Bold and Beautiful. Soaps.com will continue to bring our readers features on some of the favorite characters and actors.

Bold and Beautiful spoilers for the week of July 6:

Who’s ready to see the #BoldandBeautiful fan favorite showdowns this week? 👊 Make sure to tune in starting tomorrow on @CBS. 👏 pic.twitter.com/Ftx4vuIDqZ

In this week’s Soaps Spoiler Digest, shocking wedding disasters, near deaths & family celebrations, we have new spoilers for all four soaps including Bold and the Beautiful, Days of our Lives, General Hospital and Young and the Restless.

Photo gallery… Read our assessment of B&B and soap operas’ lack of diversity and see characters who deserve(d) more story. 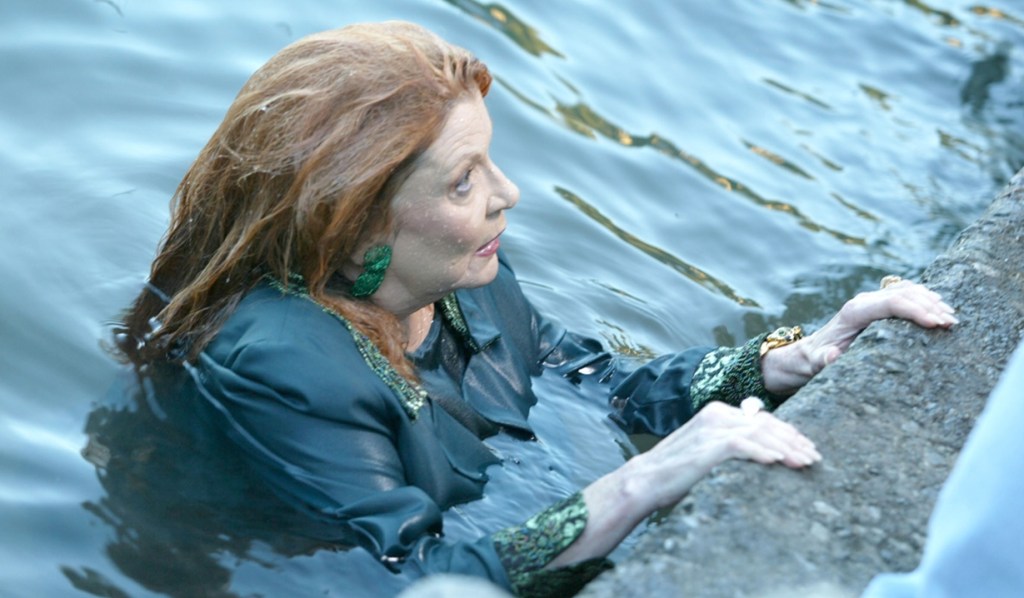 Eric (John McCook) and Ridge (Ronn Moss) compete against each other in a fashion showdown in Portofino, Italy. Massimo Marone (the late Joe Mascolo), Bridget (Jennifer Finnegan), Sally (the late Darlene Conley), and Darla (Schae Harrison) watch Ridge, designing for Spectra Fashions, and Eric, as lead designer for Forrester Creations, bring their best to the “Portofino Challenge.” Stephanie (Susan Flannery) and Clarke (Dan McVicar) emcee the event and Brooke (Katherine Kelly Lang) set jaws dropping as she arrives in the showstopper via boat on the Ligurian Sea. Originally aired on January 6, 2003. 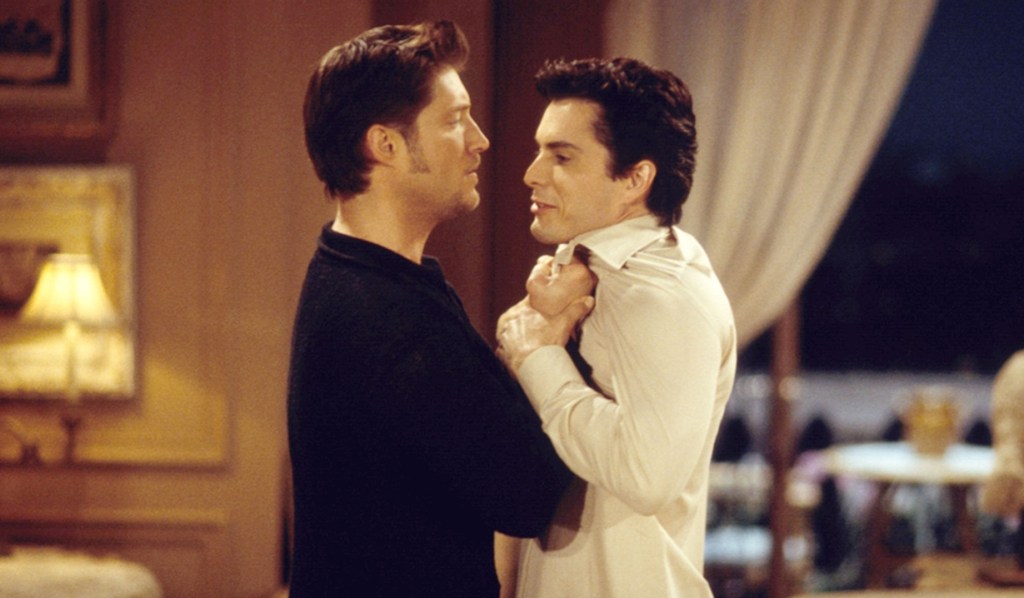 Whip (Rick Hearst) and Deacon (Sean Kanan) butt heads, explaining that there is no way that Brooke would ever betray her daughter, Bridget, and that Whip must forget and pretend Brooke’s baby is really Deacon’s. Meanwhile, Bridget, not realizing that her mother is pregnant with her husband Deacon’s baby, throws her a baby shower. Taylor (Hunter Tylo), Kristen (Tracey Melchior), and Erica (Courtnee Draper) attend, as well as Megan (Maeve Quinlan) and Stephanie, both of whom know the truth about Brooke’s secret. After the shower is over, Meagan assures Whip that Deacon won’t do anything to jeopardize his relationship with Bridget, while Deacon heads over to Brooke’s house to talk about their baby, where he professes his love for her Originally aired on June 14, 2002.

View photos of the 10 worst recasts in soap opera history!

Photo gallery! See Bold and Beautiful friendships we loved from over the years. 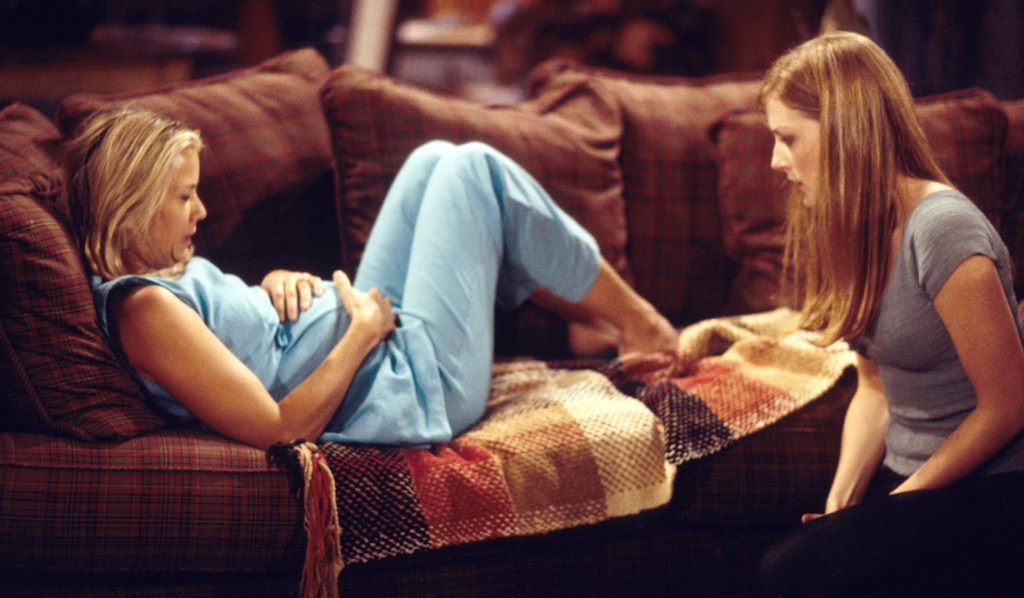 Whip is shocked Deacon has agreed to keep his distance from Brooke by taking Bridget on a publicity tour for the Forrester Creations Ambrosia line, clueless to her hearing him profess his love to Brooke. Meanwhile, Stephanie sits outside the Big Bear cabin in her car as Bridget heads in to confront her mother over her horrifying betrayal. In a heartbreaking moment, an angry Bridget demands that Brooke tell her how many times she and Deacon were together. Brooke attempts to convince Bridget how much she loves her, but Bridget insists that Brooke threw her away. Bridget tells Brooke that she made her choice, and choices have consequences. Brooke grabs Bridget’s wrist, begging her to give her another chance. Stephanie enters the cabin and orders Brooke to let Bridget go. When Bridget leaves, Brooke drops to the floor and tells Stephanie she’s going into labor. Originally aired on June 28, 2002.

Friend to Joan Collins and Edge of Night & ATWT director Maximilian B. Bryer died at age 98.

Bold and Beautiful Teaser! Brad Bell has a big story coming up for Steffy Forrester, including a new romance. 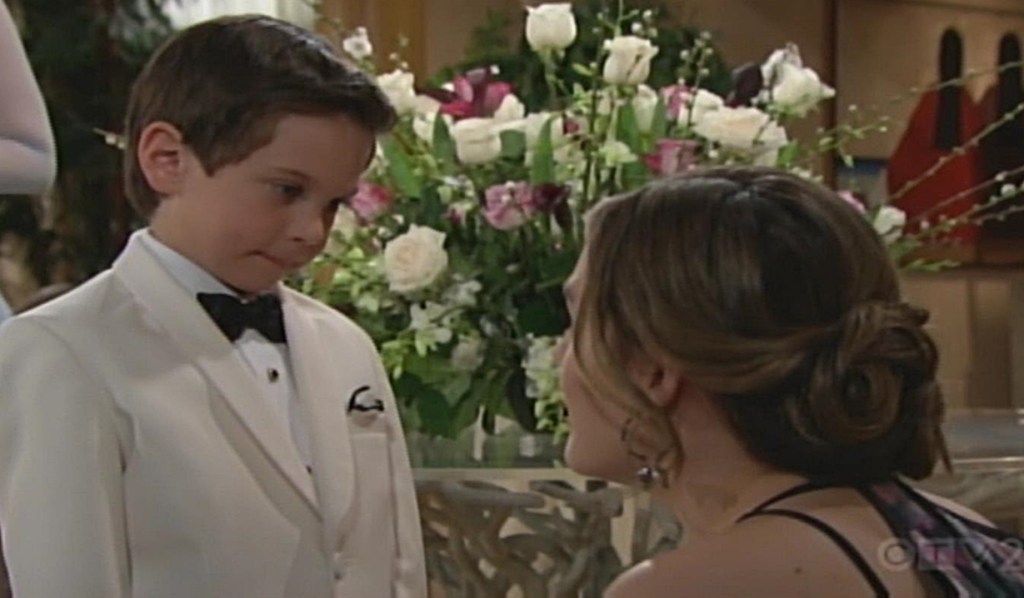 Wyatt (Darin Brooks) interrupts Dollar Bill (Don Diamont) remembering the kiss he shared with Brooke. Vinny (Joe LoCicero) tries to hide his anxiety about Thomas’s (Matthew Atkinson) plan as he makes small talk with Carter (Lawrence Saint-Victor), Quinn (Rena Sofer), and Eric. He asks Thomas to stop the madness and cancel the ceremony. Alone, before the ceremony, Hope (Annika Noelle) asks Douglas (Henry Samiri) to trust her, telling the child that she will make sure that she is always his mother. Unseen, Thomas listens to part of the conversation and is confident that he and Hope will be married by the end of the day. Douglas watches his world fall apart as the wedding of Thomas Forrester and Zoe Buckingham (Kiara Barnes) begins. Mid-ceremony, Douglas has a meltdown and runs upstairs. Hope follows him as Zoe urges Thomas to continue with the wedding. Nervous and trying to stall, Thomas continues with his vows. At the very last moment, everyone is stunned to see Hope, in the Hope for the Future gown that Thomas created for her, and Douglas, standing hand and hand at the end of the aisle. Originally aired on March 12, 2020. 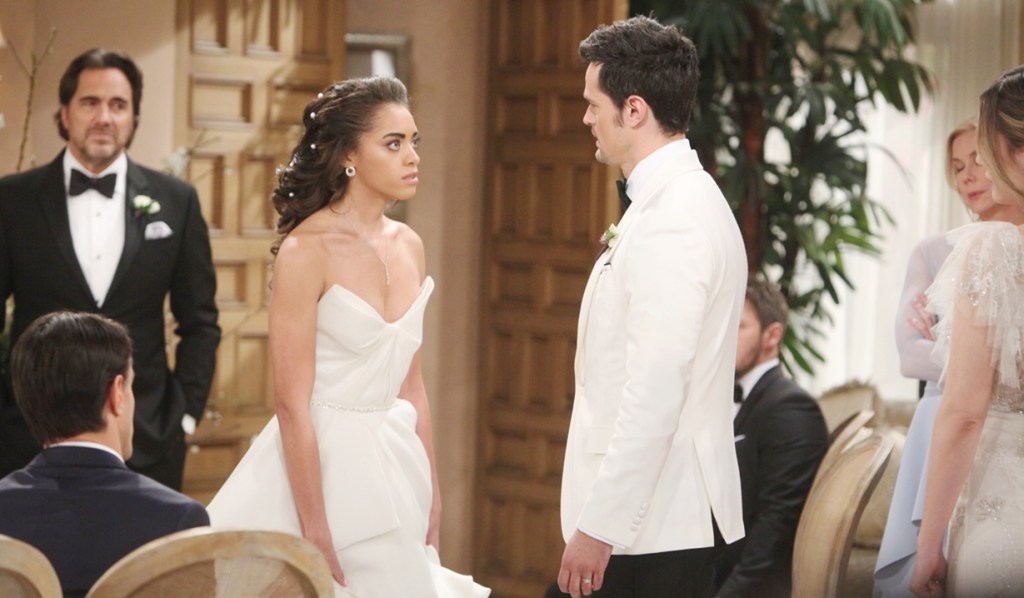 Thomas believes that all of his dreams are about to come true. When Zoe demands that Thomas not leave her at the altar, Hope takes the opportunity to expose Thomas. He soon realizes that Hope, Liam (Scott Clifton), and Steffy (Jacqueline MacInnes Wood) plotted his comeuppance and turns to Douglas, then Ridge (Thorsten Kaye), for support. With Zoe and Hope now side-by-side in solidarity, Thomas is forced to hear from his friends and family their disappointment in his machinations and how his evil behavior has affected their lives. Realizing he has lost everything, Thomas flees, leaving Hope, Liam, and Douglas to be reunited as a family. Originally aired on March 13, 2020.

Casting news: Get a look Steffy’s new love interest (you just might recognize him) and the actor stepping in as Zende. Refresh your memory and vote in our poll about Zende’s future. 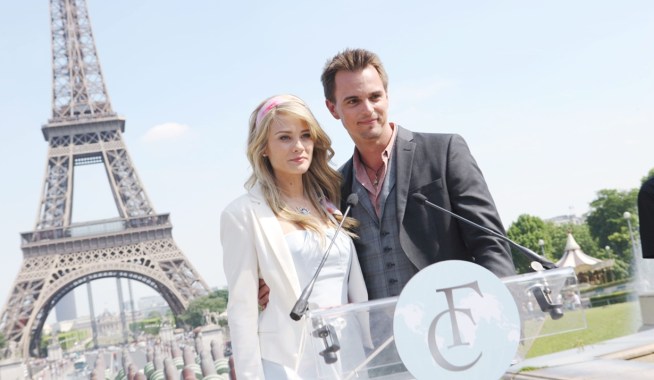 The Bold and the Beautiful spoilers June 29 - July 3

The Bold and the Beautiful spoilers July 13 - 17 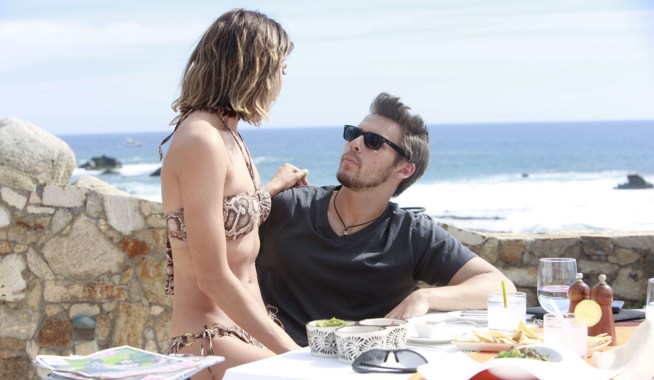