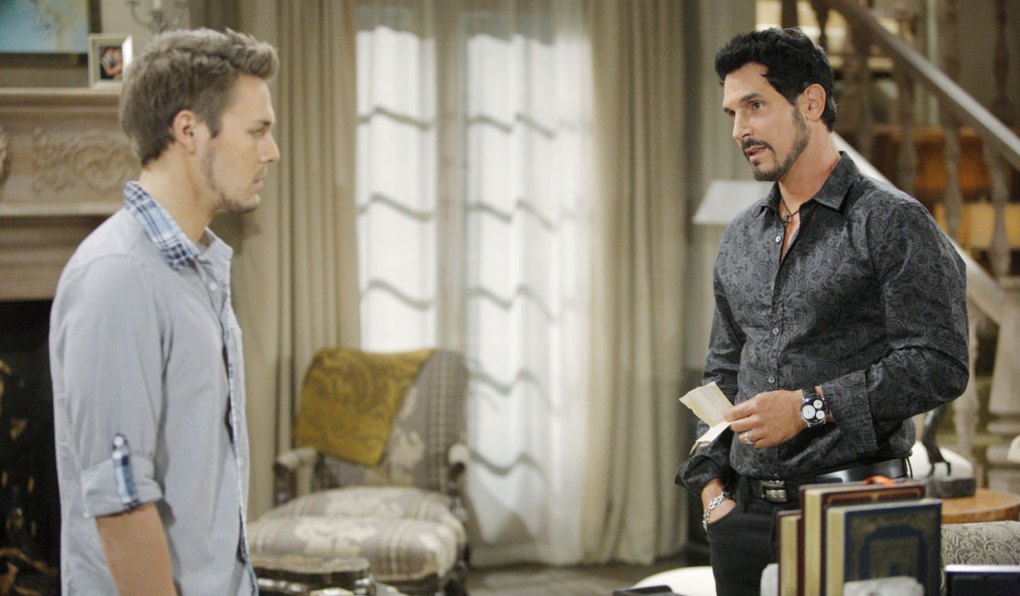 In Soaps.com’s newest Bold and the Beautiful spoilers, it’s ‘Daytime Emmy Award-Winning Week’. The CBS soap opera will air episodes dating back to 2002 featuring performances that won the honor.

Details and photos! How Bold and Beautiful will return to filming safely.

New update! Bold and Beautiful production delay explained and when shooting will resume.

Bold and Beautiful spoilers for the week of June 22:

In this week’s Soaps Spoiler Digest, vicious battles, sparks fly, a devastating loss & a daring rescue, we have new spoilers for all four soaps including Bold and the Beautiful, Days of our Lives, General Hospital and Young and the Restless. 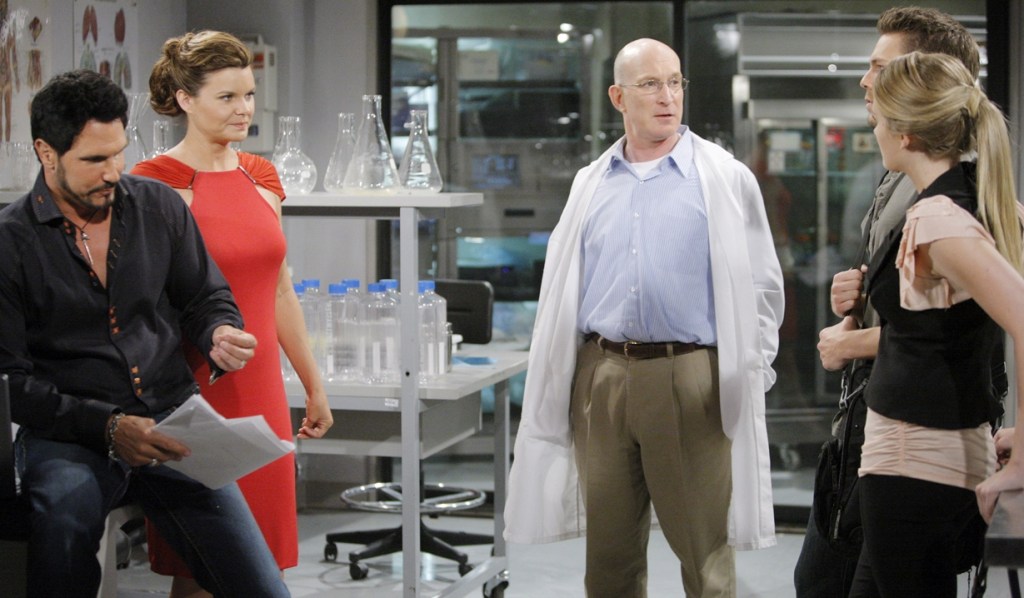 Liam (Scott Clifton) discovers his father is none other than publishing czar Bill Spencer Jr (Don Diamont), and he’s not thrilled by it the news. Hope (Kim Matula) and Katie (Heather Tom) try to referee between the two. Stephanie (Susan Flannery) and Ridge (Ronn Moss) are ecstatic to learn Thorne (Winsor Harmon) is not Liam’s father. Originally aired on September 1, 2010. 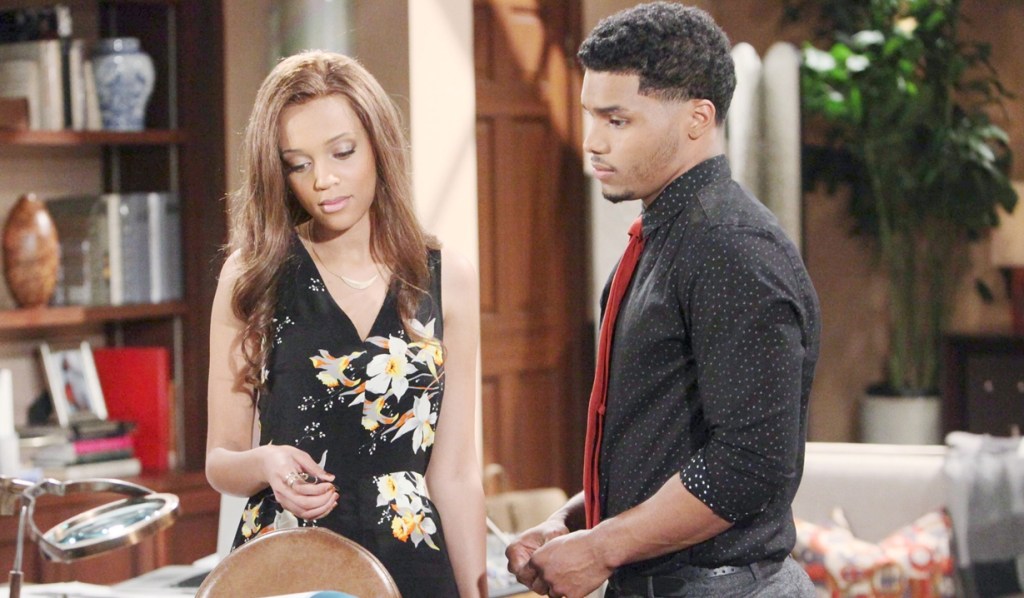 (Rome Flynn won his first and only Daytime Emmy for Outstanding Younger Actor for this episode.)

Zende (Rome Flynn) has a showdown with his father-in-law Julius Avant (Obba Babatundé) about his despicable bigotry toward and treatment of his transgender daughter Maya (Karla Mosley), who is adopting her little sister surrogate Nicole’s (Reign Edwards) biological child. Zende discovers Nicole is hesitant to sign the adoption papers due to Julius’ influence. He convinces his wife to do the right thing as she was a willing participant when she decided to become her sister’s surrogate. Originally aired on June 22, 2017. 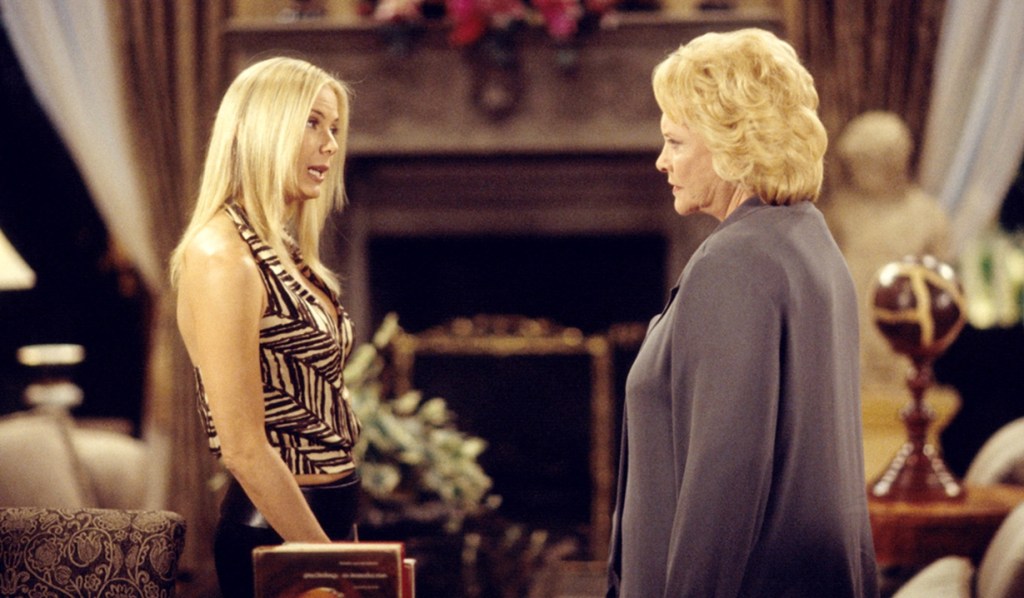 Stephanie lashes out at a humiliated Brooke (Katherine Kelly Lang) over how she will present herself at a press conference at Forrester Creations after she discovers she’s pregnant with her daughter Bridget’s (Jennifer Finnigan) husband Deacon’s (Sean Kanan) child. Originally aired on May 13, 2002.

Congratulations to primetime soap star Heather Locklear, who is engaged to her high school sweetheart. 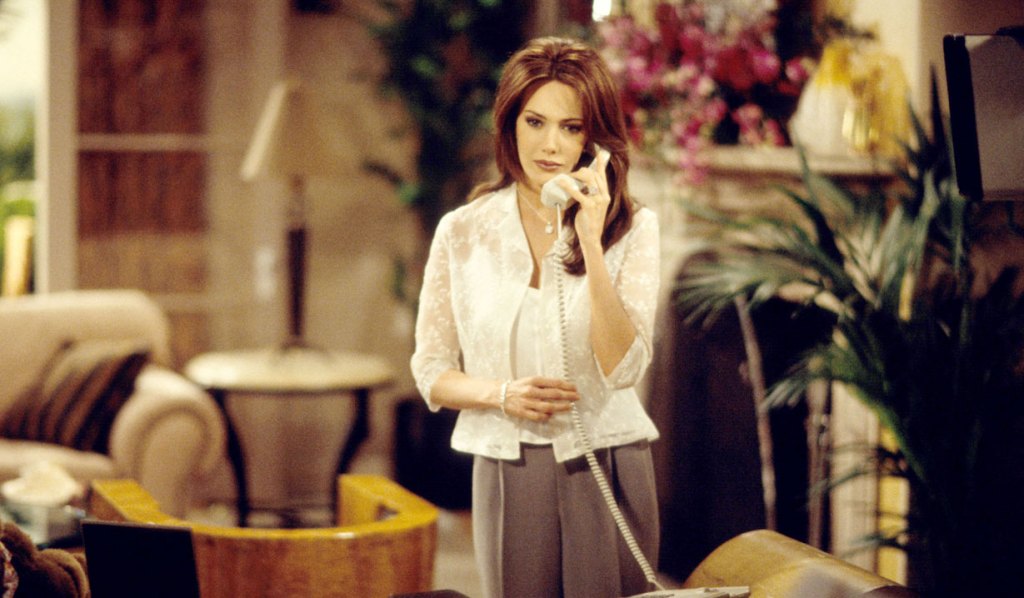 Katie suffers a heart attack when Taylor (Hunter Tylo) informs her that Bill and Steffy (Jacqueline MacInnes Wood) are having an emotional affair. Brooke (Katherine Kelly Lang) demands that Taylor and Ridge make Steffy stop making a play for Bill. Katie sneaks out of her ICU room to confront Steffy. Originally aired on August 5, 2011.

The battle for Gilead rages on! Watch the season four trailer of The Handmaids Tale.

The results are in! See who fans chose as winners in our 14th Annual Sudzies Awards! 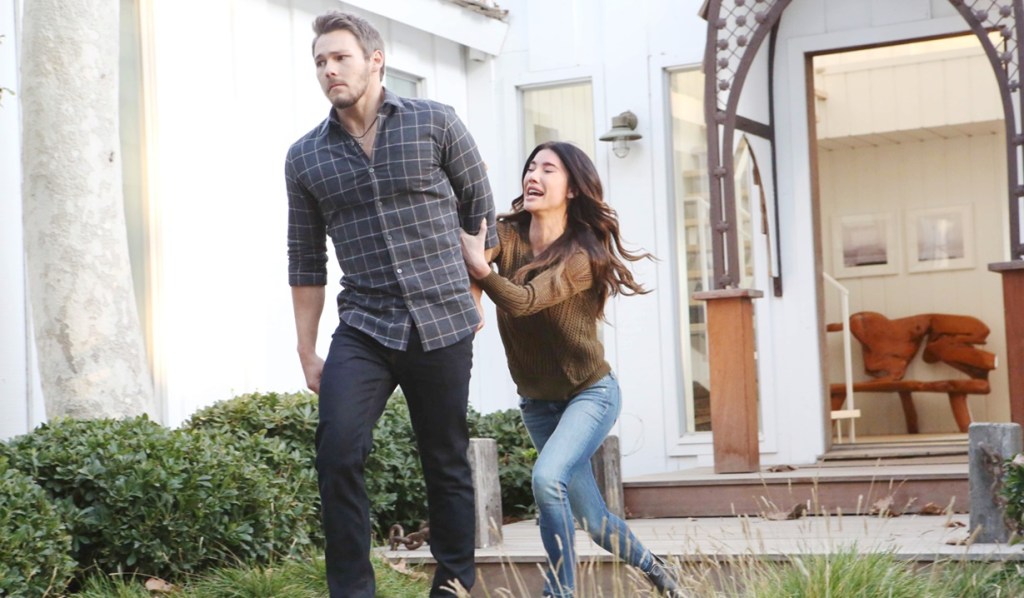 Liam discovers Steffy slept with his father Bill after he learns she had a paternity test on their baby. An emotionally distraught Steffy begs Liam not to leave her as reality sets in that his wife betrayed him by having a one-night stand with his dad. Originally aired on January 2, 2018.