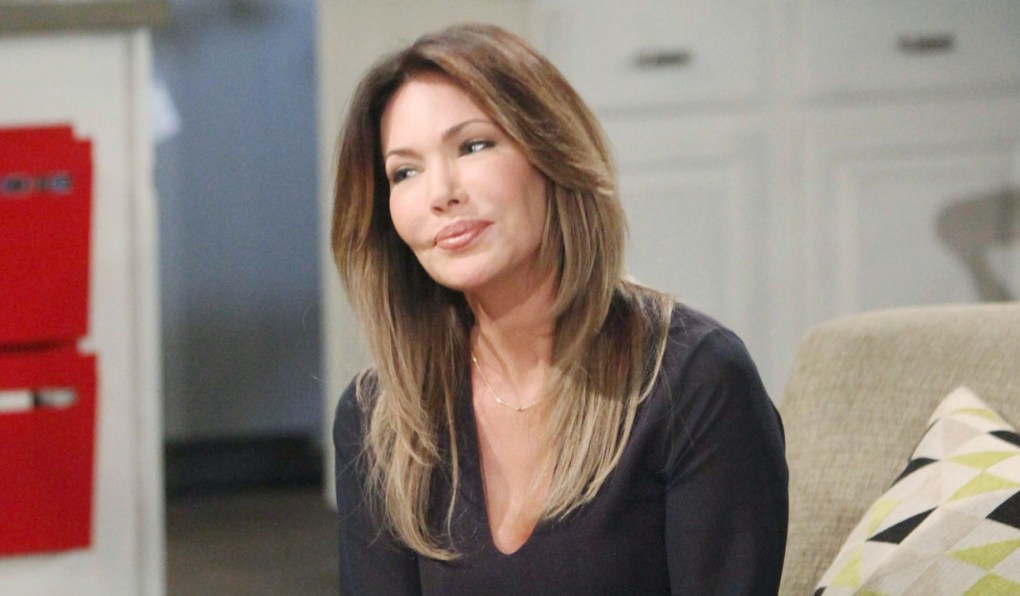 In Soaps.com’s newest The Bold and the Beautiful spoilers, Reese fights to keep Zoe and Flo from coming clean after Zoe learns of Flo’s past with Wyatt, Bill and Katie are pushed to reunite, Steffy makes a huge decision and Thomas and Douglas return from New York. Please return to this page each week for new preview videos.

In the latest Deconstructing B&B, Flo’s connection to Wyatt raises the stakes.

In today’s B&B recap, Hope bonds with Flo, Zoe realizes Flo is at Wyatt's place, and Taylor weighs in on Liam.

Flo is tempted to come clean with Hope due to her guilty feelings.

Taylor weighs in on Liam, Hope, and Steffy's situation.

B&B spoilers for the week of March 11:

In the B&B Spoiler Video: Katie believes she and Bill have been set up, while Flo vows the truth with come out.

In today’s B&B recap, Flo and Zoe decide to confess to Hope just as Reese returns, and Wyatt and Sally reflect on Flo, as do Hope & Liam.

Sally observes, to Wyatt, that Hope and Florence were pregnant at the same time and neither has their baby.

Zoe confronts Flo about accepting a dinner invitation to Wyatt's house and is appalled to learn of their connection.

In today’s B&B recap, Reese convinces Zoe to keep his secret, and Flo is left infuriated.

Reese tries to convince Zoe and Flo not to reveal the baby switch.

Wyatt reiterates his commitment to Sally and her new business.

Vote in Soaps.com's B&B Poll: Wyatt’s best match, to let us know who he should be paired with!

Spoiler speculation... Thomas Forrester’s return to Los Angeles and what it could mean!

Liam and Hope are stunned to learn of Steffy's future plans.

Donna and Justin recruit Sally and Wyatt to help get Bill and Katie back together.

Take note of the upcoming Bold and the Beautiful March Madness pre-emptions.

In today's B&B recap, Taylor receives a devastating phone call that leaves her sobbing, and Bill receives one too.

Taylor thinks Steffy should fight to put her family back together, not for Hope and Liam's marriage.

At Il Giardino, Bill and Katie realize they've been set up. 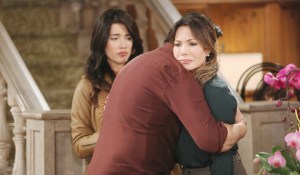 Bill feels guilty about the lie he told Thomas regarding Caroline.

Sally's off the cuff remark could lead someone toward the truth about Phoebe.

Hope is rocked by Steffy's decision to leave with the babies.

The Forresters and Spencers deal with news of Caroline's death.

Ridge and Taylor share a kiss, which is witnessed by Brooke.

Katie begins to see Bill as the man she first fell in love with.