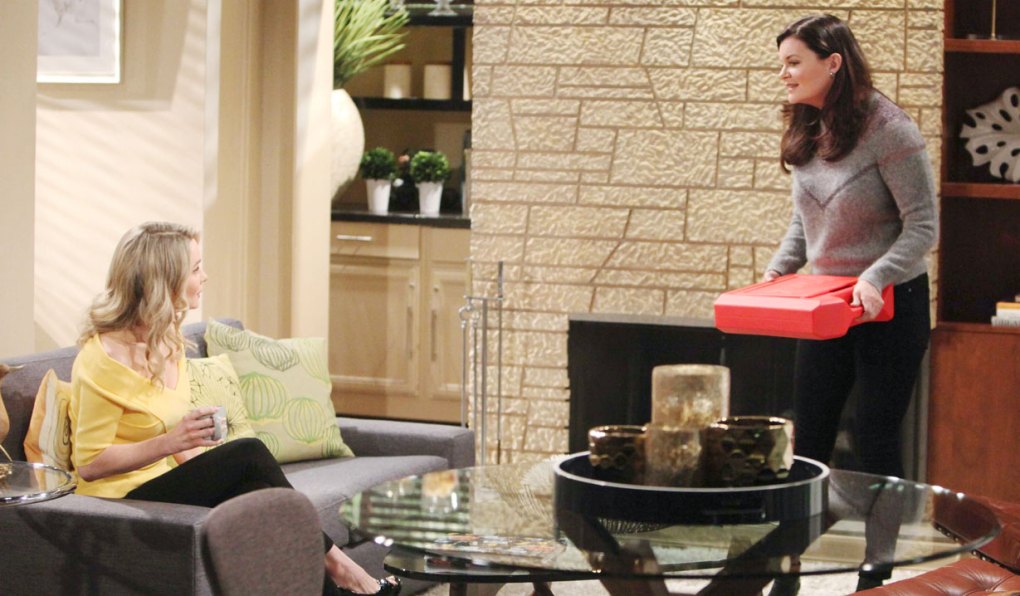 In Soaps.com’s newest The Bold and the Beautiful spoilers, Bill makes Wyatt an offer after receiving an update on Katie’s marriage to Thorne, while Hope continues to crave time with Phoebe, and Zoe faces a huge decision. Please return to this page every week for new preview videos.

Hope works to recall details from the night Beth died.

The actor who will soon be leaving B&B as Thorne Forrester... Ingo Rademacher is returning to GH.

Katie tells a stunned Wyatt what Thorne gave her for Valentine's Day.

Bill talks to Justin about how he'll win his family back.

Sally and Wyatt celebrate Valentine's Day in the bedroom.

B&B spoilers for week of February 18:

Reese struggles to keep an infuriated Zoe from spilling the beans about the baby switch.

In today’s B&B recap, Zoe keeps Phoebe’s identity a secret, Hope makes an admission to Brooke, and Bill tries to convince Wyatt to return to Spencer.

Bill strives to demonstrate his loyalty to Wyatt by making him an offer that's difficult to refuse.

Reese and Flo go into a panic upon realizing Zoe's about to tell Steffy the truth.

Vote in Soap.com's weekly B&B Poll: Thorne’s exit, to let us know how you feel about his reasons for leaving Katie.

In today’s B&B recap, Justin plots to reunite Bill and Katie, Bill supports Katie and Will, and Wyatt has news for Sally.

Sally reels upon hearing of Bill's offer to Wyatt, and is moved when she learns of Wyatt's counter-offer.

Justin arranges a meeting with Donna to discuss Katie and Bill.

Brooke worries about Hope's agenda in pushing Liam to spend time with Steffy and the girls.

Bill makes Katie and Will a promise about their family.

Liam and Steffy express their concern about Hope's growing obsession with Phoebe.

Zoe condemns her father's actions, and informs him Hope needs to know that Phoebe is her baby.

Sally gets a surprise when Wyatt relays that he wants to go back to work for his father, but made his acceptance conditional on Bill reviving Spectra Fashions.

Justin and Donna work together to play cupid.

Courtney Stodden Comes Out As Non-Binary: I Don’t Identify As ‘She Or Her’