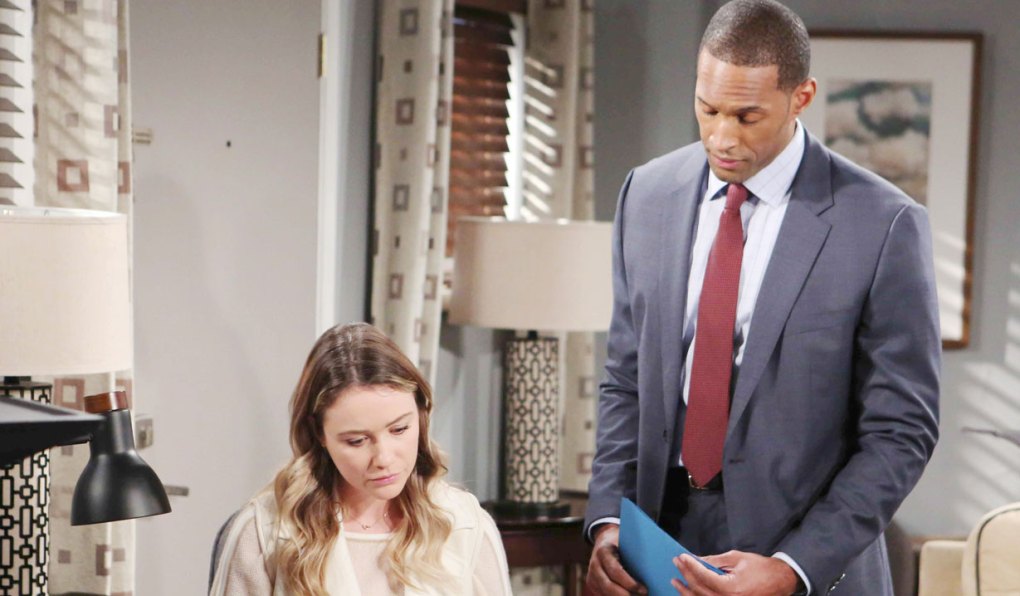 In Soaps.com’s newest The Bold and the Beautiful spoilers, Hope reacts to Steffy’s plans to adopt an infant, while Reese is thrown into a panic trying to keep Zoe safe from the thugs. Please visit this page each week for new preview videos.

In the latest Deconstructing B&B, Reese’s diabolical scheme cued agony and frustration, and the poll results were in on Katie and Bill.

In today’s B&B recap, Liam unknowingly holds his daughter for the first time.

Zoe, Emma, and Tiffany audition for a talent show, with Zoe unaware she's in danger.

B&B spoilers for week of January 28:

In the weekly B&B Spoiler Video: Liam feels a  connection to Steffy's new daughter, while Ridge senses something isn't right with the adoption.

Reese must save Zoe from the thug threatening her on the TV sound stage. 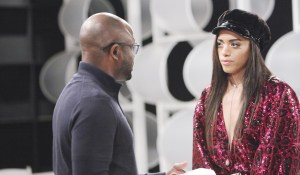 No phone, no make-up! Katherine Kelly Lang’s joined I’m a Celebrity…Get Me Out of Here! and has been dropped in the South African jungle.

Two upcoming movies! Get the details on Winsor Harmon’s Sarogeto and Cult Cartel.

In today’s B&B recap, Hope reacts to Steffy adopting, and Florence worries about being Reese’s accomplice.

The seriousness of Reese's actions begin to sink in for Florence. 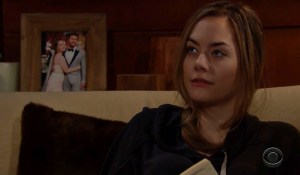 Hope is horrified when Liam tells her Steffy's adopting a baby girl.

Casting news... A new thug will arrive on the scene when Joey Travolta appears on B&B.

Get tickets for B&B stars at SoapFest Charity Weekend.

In today’s B&B recap, Hope confronts Reese, Ridge is skeptical about the adoption, and Florence signs off.

Ridge gets emotional upon learning of the new addition to his family.

Hope demands answers from Buckingham when she runs into him at her doctor's office.

Zoe, Emma, and Tiffany audition for a TV talent show together and Zoe is startled and suspicious when Reese appears out of nowhere acting frantic after seeing the thug he owes money to moving toward her.

Hope and Liam's love and marriage will face stressors as they interact with family, and Steffy and Kelly. Consequently, there will also be more conflict between Hope and Steffy.

Bill gets chances to show his sons that he is there for them and continues to prove to Brooke that he's a changed man, though Thorne keeps a watchful eye on his parenting of Will. Ridge and Brooke continue to strongly disagree where Taylor's concerned.

With Sally still hoping to have her own fashion house despite her success at Forrester, and Wyatt having inherited Bill's sense for business, anything is possible as the two move forward in their lives together.

Maya moves forward with her life and is proud of her cousin, Xander, who supports Zoe when Reese's past catches up with him. Emma bides her time in the background as Tiffany helps her with keeping an eye on Xander.

Pam works alongside Donna and seethes about Quinn remaining as Eric's wife.

Taylor continues to worry about Bill turning her in, and the 'who shot Bill?' storyline takes new twists and turns.