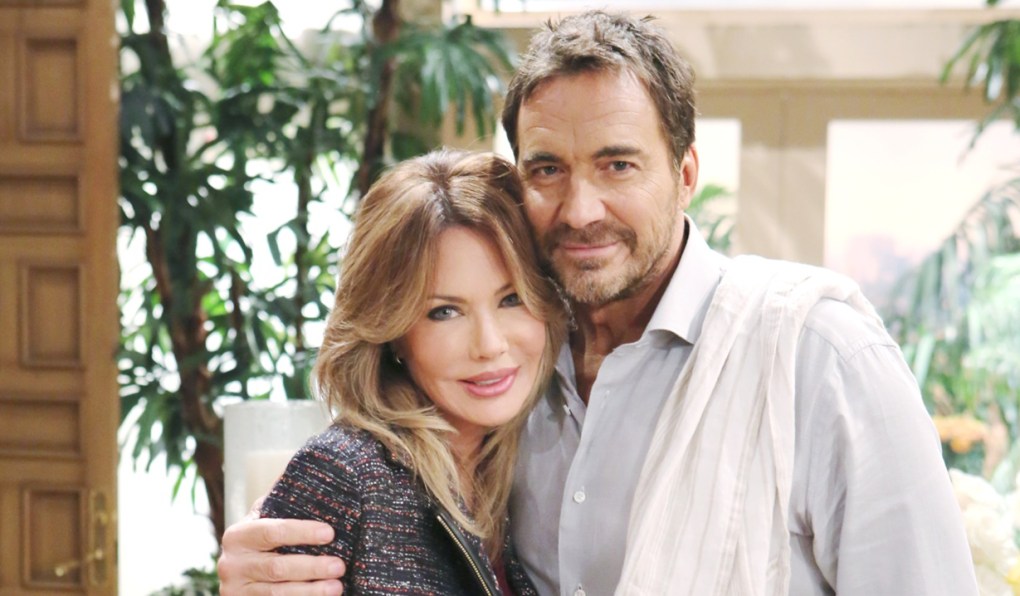 In Soaps.com’s newest The Bold and the Beautiful spoilers, the drama heats up as Brooke finds out that Taylor was the person who shot Bill, Zoe’s father hits town, and Pam begins to put her plan to replace Quinn with Donna into action. Please return to this page weekly for teasers from the spoiler videos.

In the latest Deconstructing B&B, tensions skyrocketed after Taylor’s return, and anything could happen.

Zoe is irritated by the arrival of her father, as Wayne Brady joins B&B as Dr. Reese Buckingham.

Taylor updates Steffy and Liam on her confrontations with Hope and Brooke.

Hope decides to protect her mother.

In the weekly B&B Spoiler Video: Everyone worries Taylor may snap, and Liam suggests they are better off without Taylor.

In this week’s Spoiler Digest, demented, devastated, and delirious, we have new spoilers for all four soaps including Bold and the Beautiful, Days of our Lives, General Hospital and Young and the Restless.

In today’s B&B recap, Brooke confronts Taylor about shooting Bill, and Liam visits his father’s office for a talk.

Brooke is shocked after Hope reveals that Taylor shot Bill.

Liam works to persuade Bill that Taylor is still a threat.

Casting call! B&B’s seeking baby twins or triplets for a role on the soap.

In today’s B&B recap, Donna models for Eric as part of Pam’s scheme against Quinn, and Taylor begs Brooke not to send her to jail.

Pam urges Donna to get Quinn out of Eric's life.

Brooke has it out with Taylor about her past, present, and future behavior.

Today, B&B is pre-empted on CBS due to coverage of George H.W. Bush's funeral.

In today’s B&B recap, Brooke wants Kelly protected from Taylor, and Ridge vows Taylor won’t be separated from her granddaughter.

Brooke's in disbelief when she learns Bill chose not to press charges against Taylor.

Brooke and Ridge debate who is more dangerous, Taylor or Bill.

Taylor hits it off with Reese at Steffy's party.

Bill calms Liam's concerns about Taylor being a threat to anyone but him.

Brooke learns Bill intends to keep his promise to Steffy about not sending Taylor to jail, just as he promised her not to put Ridge behind bars.

Bill informs Brooke he's given up the other woman in his life...Sky.

Steffy fights with Liam about whether Taylor should be allowed around Kelly.

Zoe wants to know why her father's starting over in Los Angeles.