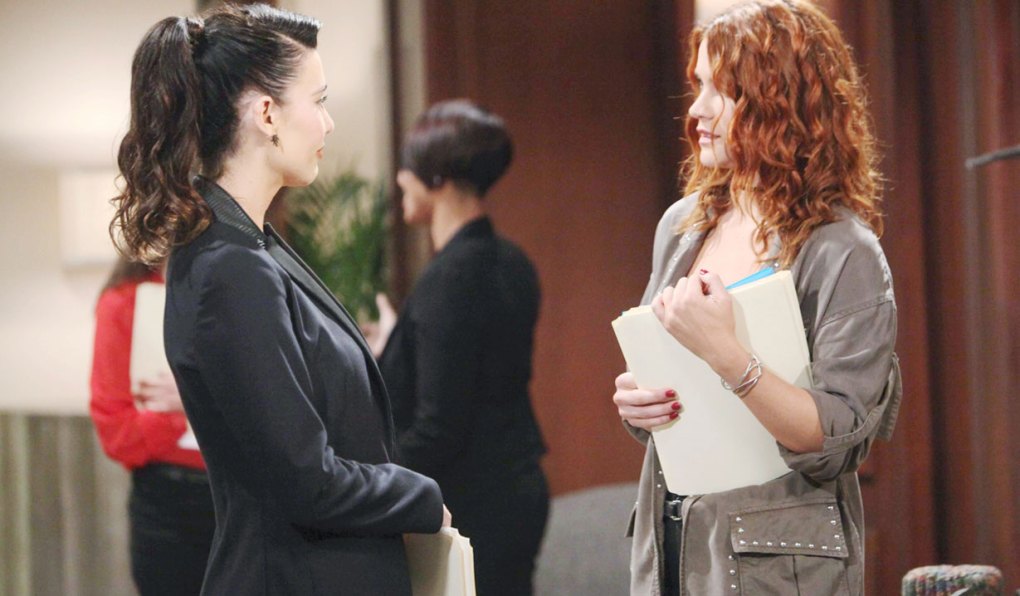 In Soaps.com’s newest The Bold and the Beautiful spoilers, the drama surrounding the approaching custody hearing amps up with news of Katie and Thorne’s engagement, and Steffy and Hope’s issues continue to play out at Forrester Creations. Please return to this page daily for new teasers in the spoiler videos.

In the newest Deconstructing B&, Forrester Creations clashes boost drama.

Bold and Beautiful spoilers for the week of September 17:

In this week’s Spoiler digest, manipulated, mystery men, and major risks, we have spoilers for all four soaps including Bold and the Beautiful, Days of our Lives, General Hospital and Young and the Restless. Thorne updates his family on his engagement.

Sally and Steffy connect with Xander on a personal level.

In today’s B&B recap, Steffy makes Sally a designer for the intimates line, and Bill learns of Katie’s engagement.

In the weekly Bold and Beautiful spoiler promo, watch as Bill is enraged over Katie and Thornie’s engagement news.

Bill is upset about Thorne and Katie’s engagement.

In today’s B&B recap, Hope thinks Steffy’s out to get her, and Ridge visits Bill.

Zoe flirts with Xander after learning he’ll be modeling.

In today’s B&B recap, Ridge influences the judge in Katie’s custody case, and Liam and Wyatt debate Bill’s fitness as a parent.

After Bill and Ridge clash, each of the men work to ensure the custody battle goes their way.

Wyatt and Liam debate Bill’s custody battle for Will.

Thorne has a new angle on the custody battle.

Ridge meets with the judge that will preside over the custody case as Joe Lando joins B&B as Judge Craig McMullen.

Brooke worries about having met with Bill secretly.

Bill opens up to Brooke about his regrets and seeks her support.

Katie lets everyone know about her engagement to Thorne, including Bill.

Katie’s engagement spurs Bill to fight back in court.

Sally is unfazed about Hope’s anger over her decision to work with Steffy on the intimates line, as she had only been giving her intern work and didn’t care about helping her progress in the company.

Coming up on B&B…

Bill and Brooke keep up their meetings.

Ridge gets involved in a confrontation between Katie and Bill.

Katie and Thorne explain to Will that they’re becoming a family.