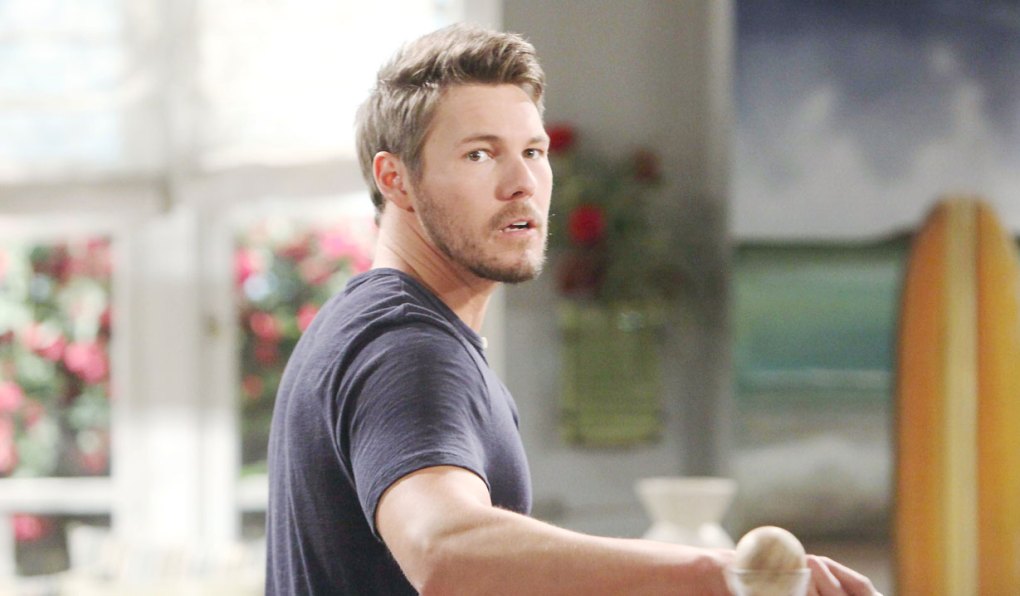 In Soaps.com’s newest The Bold and the Beautiful spoilers, as Steffy forges ahead with her plans, Wyatt and Ridge both become involved in the drama, while Thorne approaches Zoe after hearing an announcement regarding Forrester Creations. Please return to this page daily for new teasers in the spoiler videos.

In today’s B&B recap, Ridge’s horrified when Wyatt confirms Steffy’s with Bill, and Liam clashes with his father.

Bold and Beautiful spoilers for the week of July 30:

In the weekly B&B Spoiler Video: Steffy goes to the dark side

In Monday’s B&B Spoiler Video: Ridge warns Steffy about getting in too deep and Bill defends himself to Wyatt.

In today’s B&B recap, Bill pressures Steffy to marry him immediately, while Ridge demands Liam put a stop to it.

In Tuesday’s B&B video, Liam shares his disgust with Ridge, Brooke worries, and Bill let’s Steffy know what she’s getting.

Bill has a gift for Steffy, and makes a demand.

In today’s B&B recap, Steffy chooses herself over Bill and Liam, while Brooke urges Ridge to give Steffy and Bill his blessing.

In today’s B&B video, Brooke delivers a powerful message to Hope, while Liam won’t make a move to stop Steffy.

Brooke and Ridge argue about their daughters.

Steffy chooses between Bill and Liam.

In Thursday’s B&B video, Maya has a tough question for Emma, and Liam can’t get over Steffy turning to Bill.

Liam needs Wyatt’s support, and a place to live.

Thorne visits Zoe and makes her an offer.

Ridge is irked when Brooke presses Hope to interrupt Liam and Steffy’s conversation.

Despite how upset Ridge is about her plans, Steffy’s heart is hardened toward love and she is determined to look out for her daughter and their future.

Steffy softens toward Bill after he surprises her with a new nursery for Kelly.

Bill puts Steffy on the spot to marry him in his living room, which leads her to make her choice.

Hope receives further assurances from Brooke regarding her relationship with Liam.

Coming up on The Bold and the Beautiful:

Emma confronts Thorne about hiring Zoe as a model.

Liam apologizes to Steffy again before thinking about what he wants.