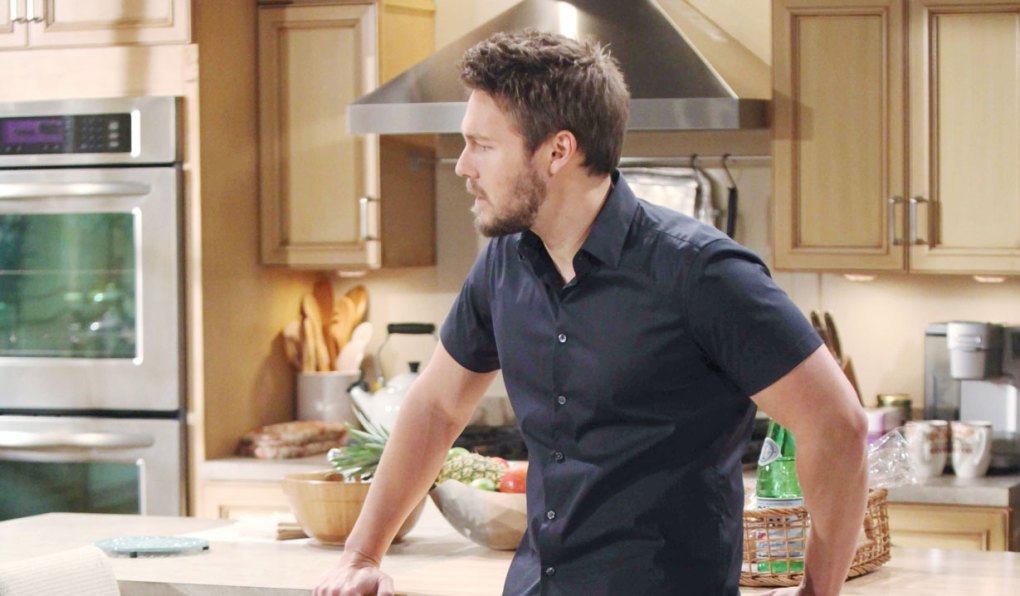 In Soaps.com’s newest The Bold and the Beautiful spoilers, Liam still hasn’t decided between Steffy and Hope, Sally fights back as accusations are made against her, and the Hope for the Future fashion show takes place. Please return to this page daily for new teasers in the spoiler videos.

In the latest Deconstructing B&B, Zoe piqued some fans interest and Liam’s waffling was played out.

Bold and Beautiful spoilers for the week of July 16:

In the weekly B&B Spoiler Video: Hope’s fashion show is stalked while Sally maintains she is innocent.

In today’s B&B recap, Hope’s disturbed to hear about Sally threatening her, while Xander learns Zoe’s in L.A.

In Monday’s B&B Spoiler Video: Zoe tries to explain herself to Xander, while Sally has no answers.

Sally insists she’s being framed in the face of serious accusations.

In today’s B&B recap, Emma accuses Zoe of stalking her while Sally receives an apology.

In Tuesday’s B&B video, Sally connects Zoe to the online threats, while Emma meets with the girl again.

Xander realizes Zoe is the person working at Wyatt’s who has had contact with Emma.

Soaps.com wishes her all the best! Karla Mosley’s on a baby break and shared a clip of her last day.

In today’s B&B recap, Brooke pressures Liam to choose Hope, while a decision is made about Zoe.

In Wednesday’s B&B video, Zoe denies being a stalkerB&B spoilers for Thursday July 19:

In today’s B&B recap, Justin spies on Hope & Liam for Bill, and Zoe plans to ruin the fashion show for Emma.

Everyone prepares for the Hope for the Future relaunch.

Terrifying trailer! Reign Edwards’ Hell Fest movie is due out in the fall.

While attending the fashion show at Forrester to see Emma, Justin struggles with Bill’s latest request.

Thorne’s designs and Emma’s dance choreography feature in the Hope for the Future fashion show, which will have a surprise showstopper.

After Xander tells her about his ex with stalker tendencies, Emma shares the information with her new friend, Zoe, not knowing she’s his former girlfriend.

Bill visits Steffy to needle her about Hope’s pregnancy, but she refuses to show vulnerability and expresses complete faith in Liam.

After his visit with Steffy, Bill works to dig up dirt on Liam to exploit the situation.

Steffy is set up by Bill and makes a stunning discovery.

After Bill shows her a photo of Liam kissing Hope, Steffy then finds the duo in a clinch herself, and decides to make a life with Bill.

Bold and Beautiful spoilers for the Week of July 23:

Brooke reassures Hope when she reveals she and Liam broke Steffy’s heart unintentionally.

Brooke tells Liam that he has no reason to feel guilty.

Down the road spoilers for B&B…

Hope receives further assurances from Brooke regarding her relationship with Liam.