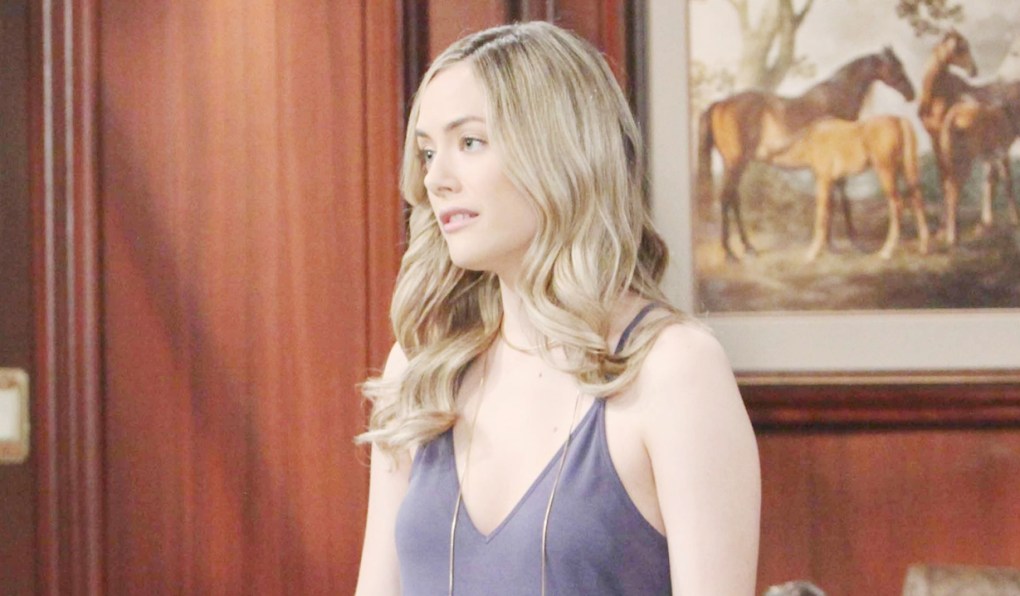 In Soaps.com’s newest The Bold and the Beautiful spoilers, there’s a huge new twist to complicate the lives of Liam, Hope, and Steffy, while at the same time, a threat is uncovered at Forrester Creations. Please return to this page daily for new teasers in the spoiler videos.

In the latest Deconstructing B&B, Hope pregnancy test twist could change everything.

Bold and Beautiful spoilers for the week of July 2:

In the weekly B&B video, Liam learns Hope’s pregnant, and Steffy’s ready to get married.

In a second B&B Spoiler Video: Hope sees a doctor for confirmation she is pregnant

Thorne and Liam find a threatening note directed at Hope.

Hope makes an unexpected discovery with the potential to change everything.

Soaps Roundup: Bold and the Beautiful storyline refresher of what went down last week.

In today’s B&B recap, Bill promises to take Taylor’s secret to the grave, while Hope’s pregnancy is confirmed.

Liam, Ridge, and Thorne work to establish a list of suspects.

In today’s B&B recap, Hope shares explosive news with Liam on the Fourth of July, while Brooke stuns Ridge.

In Wednesday’s B&B video, Sally worries Hope will change Wyatt’s mind about her, and Steffy’s ready to get married.

Sally decorates for Independence Day as she and Wyatt discuss her future.

In the B&B Spoiler Video: Liam reacts to Hope’s pregnancy news, and Steffy feels Hope can move on.

Eric and Quinn learn of Steffy’s wedding plans while visiting her and the baby.

Ridge and Brooke disagree completely about Hope, Liam, and Steffy.

Brooke encourages her daughter to fight for Liam.

After not feeling like herself, Hope visits the doctor and learns she’s pregnant.

Hope opens up to her mother about the complicated situation with Liam, and they agree he needs to be told about her pregnancy immediately.

Hope breaks the news to Liam while watching the Fourth of July fireworks.

Hope wants her baby to have a family, but is also prepared to raise the baby alone rather than deal with indecision on Liam’s part.

Sally moves in with Wyatt.

Wyatt grows closer to Sally over the holiday.

Xander opens up to Emma.

Thorne brings in an IT specialist to find out who is behind the threat to Hope.

Wattpad And Webtoon Merge Studios With $100 Million In Financing