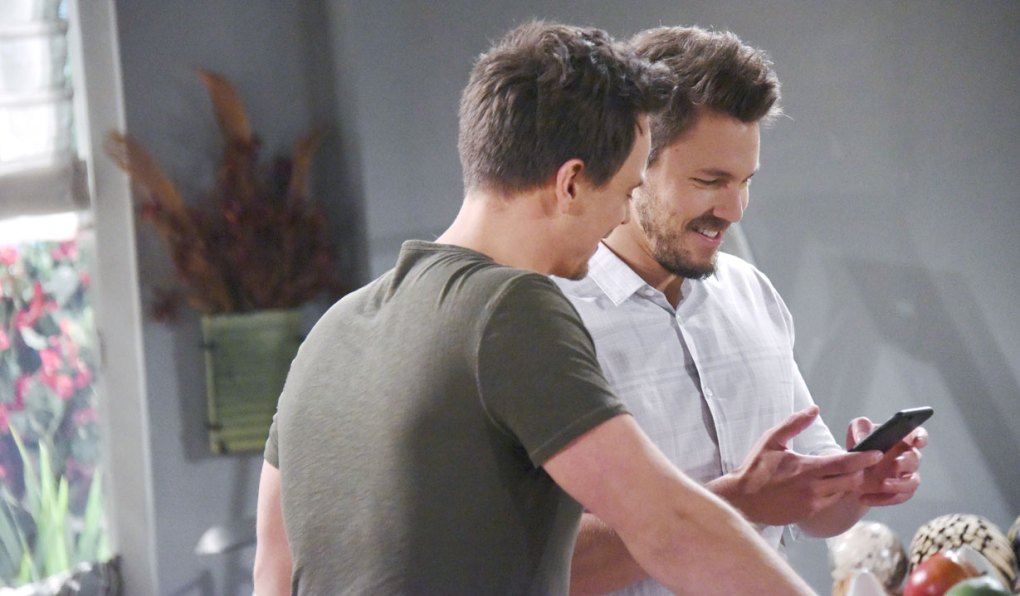 In Soaps.com’s newest The Bold and the Beautiful spoilers, Bill gets a blast from Brooke but still manages to cause problems, while tension rears its head at Forrester Creations when Sally joins Hope for the Future, and Katie learns she’s seeing Wyatt. Please visit this page each day for new teasers in the spoiler videos.

In the latest Deconstructing B&B, Xander & Emma feel like strangers, and viewers weigh in on Wyatt and Sally.

Bold and Beautiful spoilers for the week of June 25:

In today’s B&B recap, Quinn’s stunned when she walks in on Wyatt and Sally, while Brooke takes Bill to task over his manipulations.

In Monday’s BB Spoiler Video: Sally sets boundaries with Wyatt and speaks about another victim of Bill’s.

Brooke lashes out at Bill. Steffy’s forced to make excuses to Liam about why they shouldn’t get married.

Soaps Roundup: A look back at what happened last week in the Bold and the Beautiful storylines.

Bill’s claim that everything he does is for Steffy, leaves her stunned.

Hope’s displeased when Eric wants to add Sally to the Hope for the Future line.

In today’s B&B recap, Ridge angrily confronts Eric about hiring Sally, while Katie and Hope both express concern about Wyatt getting involved with her.

In Thursday’s B&B video, Katie’s concerned about Wyatt dating Sally, and Ridge reminds Sally of the damage done by her family.

Sally and Hope have a tense face-off.

Eric and Ridge argue about hiring Sally, and Ridge tells the redhead how he feels.

Wyatt gets involved in the tension between Sally and Hope, and Sally hears him defending her.

Xander stands up for Emma after Charlie makes accusations.

Sally and Wyatt form a friendship after they rebound together and have sex.

Sally becomes determined to make the most of the opportunity Eric Forrester gives her.

Frustrated, Steffy pleads with Bill to let her go once and for all.

Thorne and Liam find a threatening note directed at someone they care about.

Hope opens up to her mother about the complicated situation with Liam.