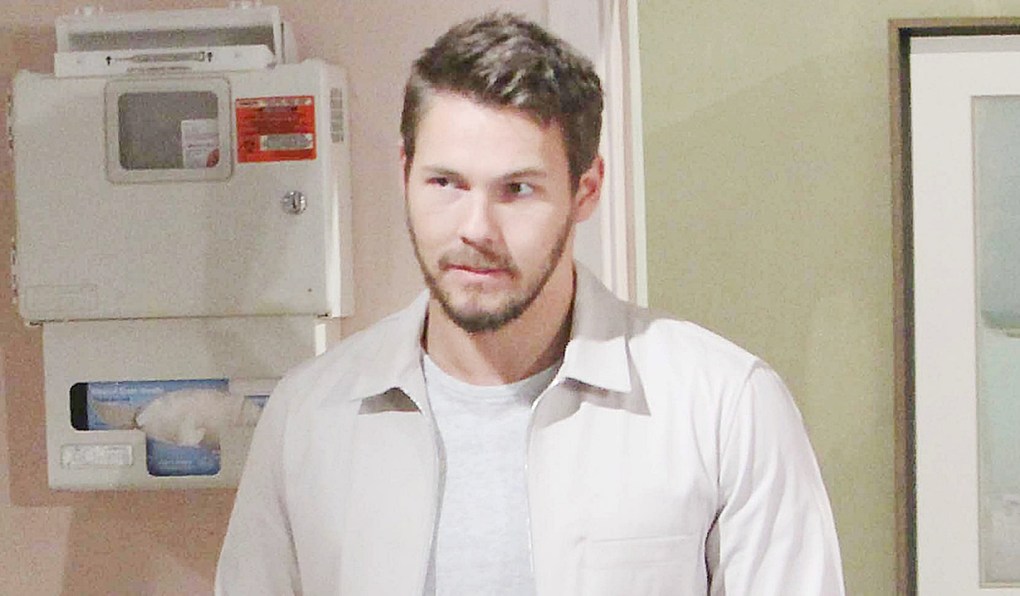 Soaps.com’s latest The Bold and the Beautiful spoilers indicate it will be a big week in Liam’s life as his baby daughter arrives early and he is faced with making a difficult choice. Please return to this page daily for new teasers in the spoiler videos.

Bold and Beautiful spoilers for the week of June 4:

In today’s B&B recap, Steffy & Liam meet their daughter and Ridge is relieved the baby is born healthy, while Brooke updates those at Forrester Creations.

In Monday’s B&B Spoiler video: Hope plans a surprise for Steffy and the baby.

Eric hopes Liam will find forgiveness once his baby’s born. Bold and the Beautiful actress speaks out: Patrika Darbo’s Daytime Emmy has been revoked for her work on The Bay, leaving the actress heartbroken.

Mark your calendars… The Hallmark Channel annual June Weddings movie event is getting underway, and consists of four new movie premieres including The Bold and the Beautiful alum Jack Wagner in The Wedding March 4.

Liam learns Bill caused Steffy’s fall and vows to deal with his father.

On her way back… Courtney Hope returns to Bold and the Beautiful this month as Sally Spectra after the character’s time away in New York with Thomas.

Watch Bold and the Beautiful actor Don Diamont on The Talk as he discusses his new book and shares more fun interactions with co-host and B&B guest-star Sheryl Underwood (Emmy).

Death notice: Veteran soap alum Robert Mandan has passed away and will be remembered for numerous daytime roles, as well as primetime and film.

In today’s B&B recap, Quinn bickers with Brooke about Wyatt’s guilt while Liam is asked by Hope what he plans to do next.

In Wednesday’s B&B video, Quinn presumes to know who Hope hates, while Brooke reassures her daughter.

Hope asks Liam if he plans on marrying her.

Bold and the Beautiful actress Kimberlin Brown continues her run for Congress and received some very good news after the polls closed in California on June 5, as did alum Antonio Sabàto, Jr. (Dante).

In Thursday’s B&B video, Eric feels Kelly deserves a family while Hope asks if Liam still wants to be her husband.

Liam must choose between Hope and his family.

In Friday’s B&B Spoiler Video: Steffy gushes about motherhood and Brooke urges Hope not to give up.

Ridge talks to Thorne about the recent stress in his marriage.

Liam’s choice impacts on both Steffy and Hope.

More spoilers for The Bold and the Beautiful:

After falling, Steffy calls Liam, who, along with Ridge, rushes her to the hospital.

Steffy tells Liam what happened with Bill preceding her fall, but warns him not to erupt in anger around the newborn.

Having left Hope in limbo, Liam realizes what he must do.

Coming up on B&B:

Brooke lets loose on Ridge, who keeps talking about the need for Hope to move on with her life.

Bill’s fixation on Steffy continues despite her pleas for him to stop.

The dynamics of Katie and Wyatt’s relationship is explored and Thorne decides he wants Katie.

Taylor continues to pop up in Los Angeles.

Fun teaser… Actress Hunter Tylo, who portrays Dr. Taylor Hayes, shared an interesting tweet preparing fans for a big event down the road. It’s anyone’s guess what Taylor will get up to by then!