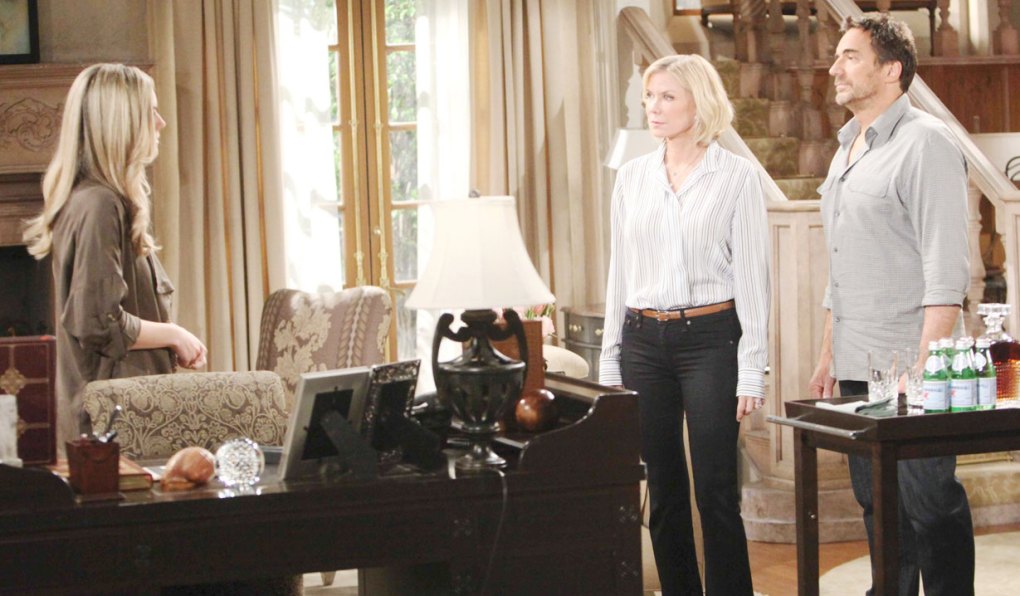 Soaps.com’s latest The Bold and the Beautiful spoilers indicate big drama surrounding the wedding of Hope and Liam after Wyatt tells Liam the truth, including an explosive reaction from Bill. Please visit this page daily for new teasers in the spoiler videos.

Bold and Beautiful spoilers for Thursday May 24:

Bold and Beautiful spoilers for Friday May 25:

Bold and Beautiful spoilers for the week of May 28:

Bold and Beautiful spoilers for Monday May 28:

In today’s B&B recap, Hope learns Liam’s decision was based on a lie, and Wyatt updates the wedding party.

While the wedding guests wait, Ridge asks Katie for the truth.

Hope is taken off guard when Liam reveals the truth that Wyatt shared with him after halting their wedding ceremony.

B&B spoilers for Tuesday May 29:

In today’s B&B recap, Hope calls off the wedding, and Wyatt tells Bill what he did.

In Tuesday’s B&B video, Hope still wants to marry Liam, while Liam marvels at the depth of his father’s machinations.

After reflecting on the consequences of Bill’s actions, Liam and Hope come to a decision.

Former Bold and the Beautiful actor (ex-Thorne) Winsor Harmon was allegedly arrested for a second time in three months.

B&B spoilers for Wednesday May 30:

In today’s B&B recap, Bill takes everything from Wyatt while Hope finds Steffy at the cabin.

In Wednesday’s B&B video, Wyatt unleashes his disappointment on Bill, while Hope insists she and Liam will still be married.

Wyatt stands up to Bill when he lashes out and reneges on his offers.

Hope and Steffy square off in the aftermath of the truth coming out about Bill’s lies.

B&B spoilers for Thursday May 31:

In today’s B&B recap, Steffy falls after throwing Bill out of her house, and Brooke and Ridge totally disagree.

Bill is confronted by Liam.

After throwing Bill out of her house, Steffy trips and falls.

Steffy’s fall causes her to go into premature labor.

Wyatt lays into Bill for putting him in such a terrible position.

Bill’s rage toward Wyatt has him threatening to take away what he had promised him.

Wyatt realizes ‘the keys to the kingdom’ aren’t worth it.

Hope and Liam decide to postpone their wedding in light of Wyatt’s revelation.

Coming up on The Bold and the Beautiful in June:

Liam is by Steffy’s side when she’s forced to deliver their baby prematurely.

Steffy’s dreams for motherhood and a family with Liam may finally come true.

Bill’s fixation on Steffy becomes obsessive and he continues to manipulate despite her pleading for him to stop.

The dynamics of Katie and Wyatt’s relationship is explored and Thorne decides he wants Katie.