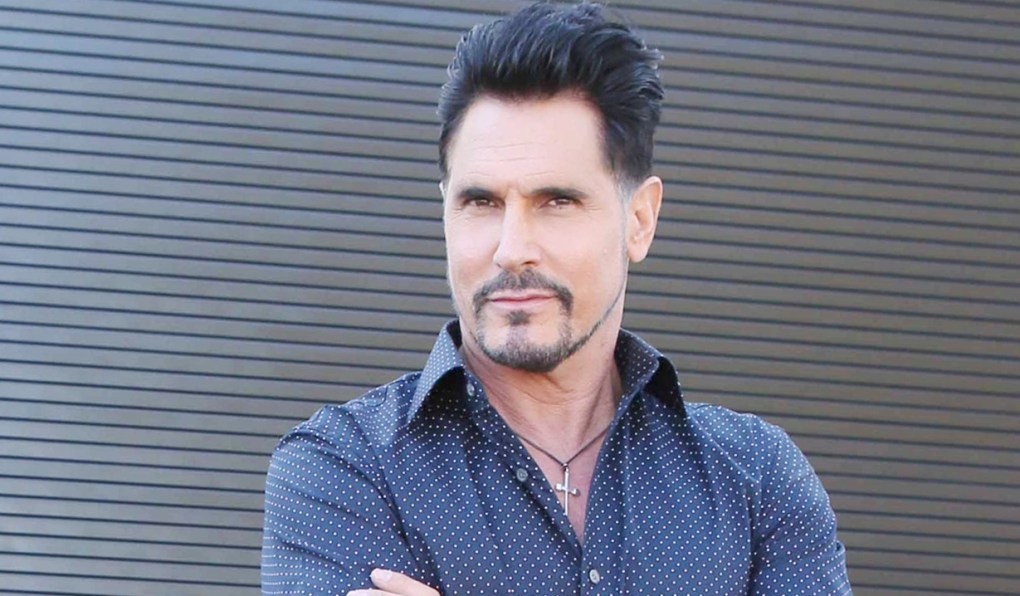 Soaps.com’s latest The Bold and the Beautiful spoilers indicate that Bill will go to extremes to get what he wants – Steffy – without regard for those he pulls into his scheme, while Liam works to come to a decision about his future. Be sure to return to this page each day for sneak peeks in the spoiler videos.

In the most recent Deconstructing B&B, Liam’s trials are the focus of all the other characters, while viewers miss other storylines.

Bold and Beautiful spoilers for the week of April 30:

In this week’s B&B promo, Bill manipulates his sons to get what he wants.

In the latest Spoiler Digest, guilty, gloating, and goading, we have new spoilers and May Sweeps for all four soaps including Bold and the Beautiful, Days of our Lives, General Hospital and Young and the Restless.

In today’s B&B recap, Justin fakes a romantic scene to fool Wyatt, while Liam settles in at Brooke’s place. In Monday’s B&B promo, Katie and Wyatt risk getting caught, Bill insists it’s not over with Steffy, and Liam can’t make promises.

Bill uses Wyatt to further his plan to win Steffy.

Bill agitates Steffy by telling her they should have a future together.

In today’s B&B recap, Wyatt stops Liam & Steffy’s reunion as Taylor checks in on her daughter.

In Tuesday’s B&B video, Wyatt unleashes on Bill regarding his treatment of Liam, while Taylor checks in on Steffy.

Wyatt finds himself in a difficult spot after Liam confides in him about Steffy.

Justin’s conscience kicks in when he realizes Bill is unconcerned about the consequences of his actions.

Take a look at the 2018 Daytime Emmy Awards presenters, which includes various soap stars from Bold and the Beautiful.

It’s been confirmed… Actress Courtney Hope returns to Bold and the Beautiful as Sally Spectra. There’s no telling what will be in store for Sally next.

In the latest B&B recap, Liam confronts Steffy about being in Bill’s arms once again, while Justin warns Bill about his actions.

In Wednesday’s B&B video, Bill vows to end up with Steffy while Steffy gushes to Taylor about how happy she is after receiving Liam’s flowers.

Steffy gets what she’s been hoping for, and then it immediately falls apart.

Bill boasts to Justin about the success of his plan involving Wyatt.

Brooke supports Ridge while being concerned about Hope.

Steffy breaks down on Ridge.

Just as Liam and Steffy are set to reunite, Bill’s behind-the-scenes machinations come into play.

Coming up on The Bold and the Beautiful:

Katie learns what Wyatt saw happen between Steffy and Bill.

A marriage proposal is made.