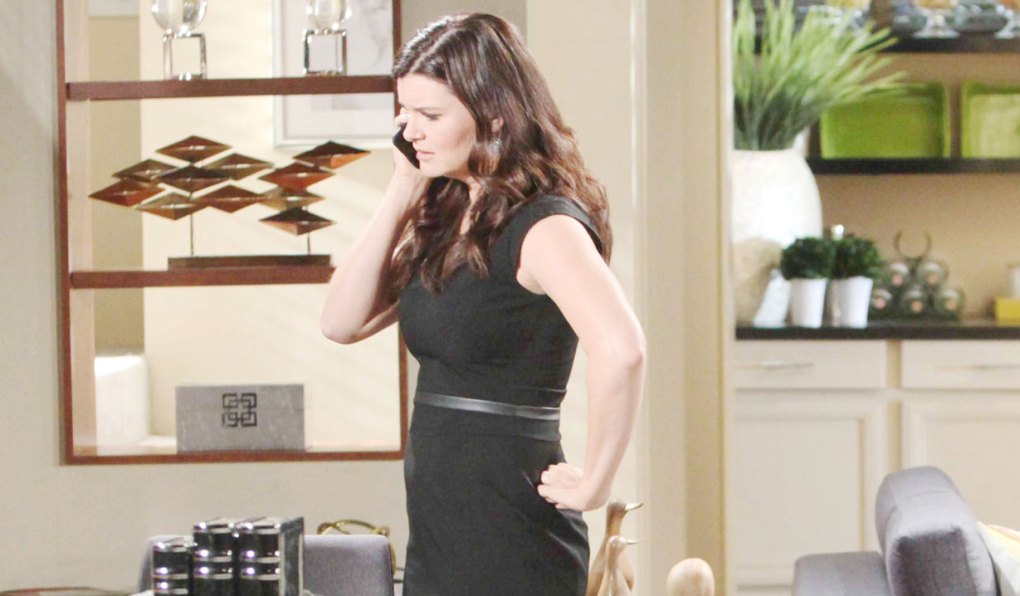 In this week’s edition of Soaps.com’s The Bold and the Beautiful spoilers, added Fridays, it seems Thorne will plant seeds of doubt with Katie about her relationship with Wyatt, while Ridge continues to spout off at Bill, and Steffy and Hope clash over Liam. Looks like we’re back to square one with the controversial love triangle which does lend itself to big drama!

In the latest B&B blog, recycled Hope, Liam, Steffy triangle lacks appeal, and there’s too much talk, not enough action. In the latest B&B recap, Liam urges Steffy to move on with his father, and Steffy later confronts Hope.

In this week’s B&B promo: Thorne reminds Katie of her options, while Bill warns Wyatt against marrying Katie.

In the new Spoiler Digest, surprises, suspicions and sudden kidnappings, we have spoilers for all four soaps including Bold and the Beautiful, Days of our Lives, General Hospital and Young and the Restless.

In the latest B&B recap, Bill offers Liam a deal, his freedom in exchange for his wife, while Thorne questions Katie.

In Monday’s B&B promo: Bill’s aware of his wakeup call, while Steffy orders Hope to back off.

Steffy and Hope argue about Liam.

Thorne asks Katie if she’s willing to give up her son to be with Wyatt. Soaps.com has the full list of 45th Daytime Emmy Nominations. Check out the nominees to see if any of your favorites were nominated. Join us while we cover the event Sunday April 29 right here on the site and social media.

Bill Spencer is recuperating from being shot by his son Liam, and his portrayer has been recuperating as well but due to injuries during a dance competition. Though he was eliminated back in March, Don Diamont is practicing for Dancing With the Stars Italy’s repechage round.

In the latest B&B recap, Wyatt wants Bill’s blessing to marry Katie, while Steffy and Hope continue to bicker about Liam.

In Tuesday’s B&B video, Thorne questions Katie if Wyatt’s worth losing Will, while Liam gets angry with Bill.

Wyatt hopes Bill has a new perspective after his experience.

Steffy is stunned by Hope’s vision of Bill’s intentions.

In today’s B&B Recap, Katie & Wyatt end their engagement while Ridge goes off to confront Bill.

A furious Ridge issues a threat to Bill.

Photos and videos! B&B stars celebrated National Siblings Day along with other soap actors by posting sweet snapshots of themselves with their siblings, their children, their pets, as well as some cute and funny pictures of them with their onscreen siblings.

Watch the Daytime Lead Actor Emmy reels, which include submitted 2017 scenes from Bold and the Beautiful nominee John McCook (Eric).

In today’s B&B recap, Taylor returns to confront Bill, and Liam decides to confess to Steffy.

Glam! Katherine Kelly Lang’s behind-the-scenes footage on Italian movie shows her in character as Sally and on the beach prior to filming!

In a shocking twist, Hunter Tylo returned to B&B today as Dr. Taylor Hayes. Though Ridge was expecting Taylor, Bill Spencer was not!

Fans get to see which scenes actresses submitted that landed them a Daytime Emmy nomination. Watch the Daytime Supporting Actress Emmy reels, which include submitted 2017 scenes from B&B nominee Jacqueline MacInnes Wood (Steffy).

In Friday’s B&B video Liam confesses to shooting Bill, while Taylor lashes out at Bill for ruining Steffy’s happiness.

In the latest B&B Recap: Taylor confesses to shooting Bill, Steffy doesn’t believe Liam is guilty, and Brooke is shocked to learn Taylor is in LA.

Brooke and Ridge are suspicious of Bill’s reasons for clearing Ridge.

Liam works to assess his feelings.

Katie talks to Brooke about Wyatt. 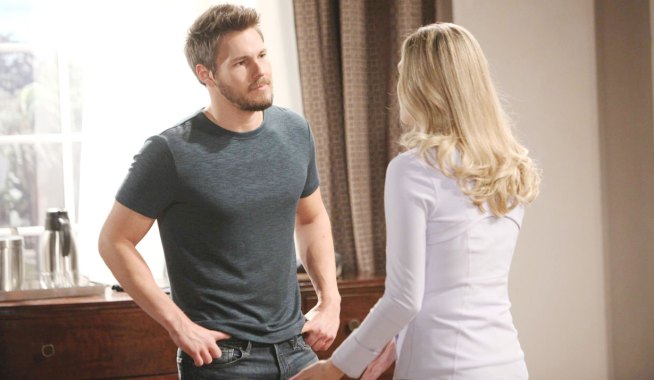 The Bold and the Beautiful Spoilers April 2 - 6

The Bold and the Beautiful Spoilers April 16 - 20 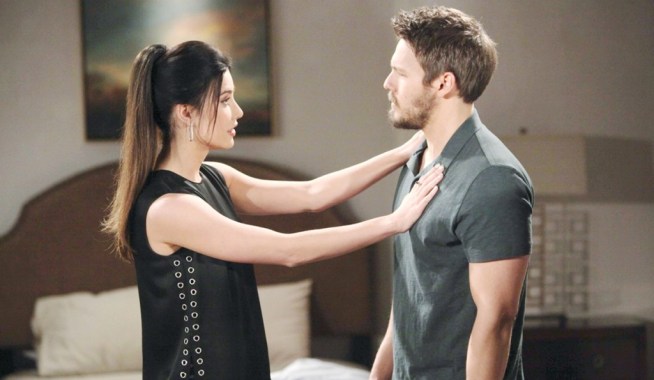