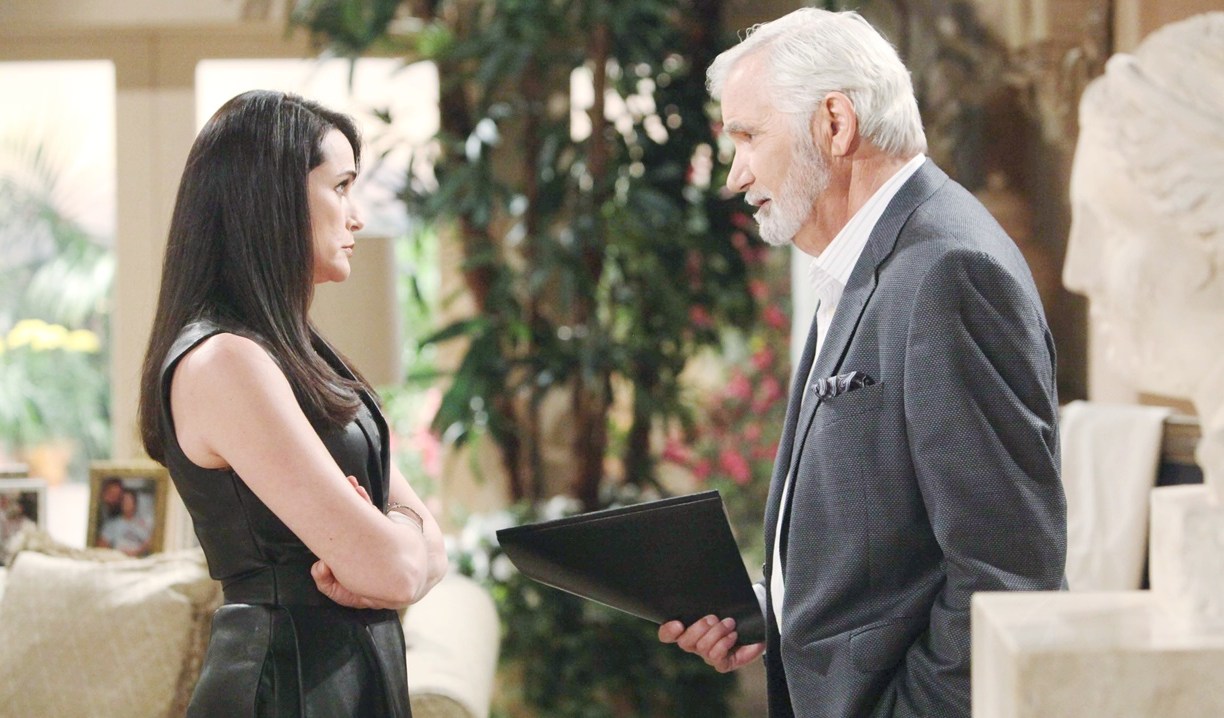 I’m in a good place with B&B right now as Donna’s back to mix it up, there’s a fashion show ahead, and Ridge is hiding something that could make Bill’s vow to be a better man short-lived. Thoughts:

In the last Deconstructing B&B, I was excited for Donna’s return, and as hoped, she was put into Eric’s orbit; loved their scenes with both the flashbacks, and Eric putting the robe on Donna as he’d already had one ‘medical event’ this year. Funny! Conveniently, Donna’s back and interacting with her ‘Honey Bear’ just as he’s having tension with Quinn, who is clashing with none other than Pam. Given that Pam is Donna’s former nemesis, it would be an interesting twist to have them on the same side when it comes to Quinn. While Pam is prone to being crazy and dangerous, so is Quinn, so this sets up some delicious possibilities. Though Quinn’s sudden issue with Pam was a tad contrived, their clashes over the portraits this week, and the foreshadowing of Quinn dressing as a witch, were fun. With Pam blaming Quinn for being unable to go through with her wedding, and hearing voices in her head…look out. Down the road, if Quinn is provoked and ends up on the outs with Eric, and Ridge is having issues in his marriage to Brooke, revisiting their attraction could also be in the cards – we already had an Australia kiss flashback. For now, if Donna wants Eric back, where would you stand? Team Quinn or Team Donna? Vote!

Hospitalized and lucky to be alive, Bill did the whole ‘turning over a new leaf’ thing, and though everyone assembled had a slightly skeptical air after he decided not to press charges, and didn’t say a lot, Brooke seemed most convinced he was sincere, or at least most willing to defend him. Curiously, though Bill asked Brooke to give him another chance, she flat out denied to Eric that Bill’s motivation in being a better man had anything to do with impressing her. Hmm. Of course, Ridge had Bill’s number and went to confront him. Bill, not surprisingly, was amused by Ridge’s posturing and smugly told him he was right to be worried. Such good scenes between these two! I think the writing is on the wall with Brooke/Ridge/Bill, but it remains to be seen what will happen on the road to getting there, and what the fallout might be for others, such as Katie and Thorne, if Ridge’s role in the custody hearing comes out, as seems to be the case. Anyway, of all the developments in this storyline this week, easily the most shocking was not Ridge destroying Bill’s sword necklace, but the act of going into Brooke’s purse to get it without permission!

I almost jumped off the couch when Ridge went into Brooke’s purse. That’s 10x worse than leaving the toilet seat up. #BoldandBeautiful

Loved the buzz at Forrester Creations as Steffy’s team got ready for the fashion show, and it was not without a little foreshadowing as Steffy got asked out on a date, but didn’t accept – because she wasn’t ready and was still processing what had happened with Liam. Hmm… 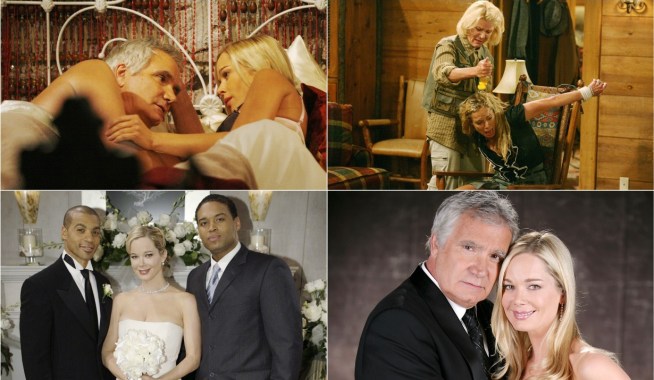 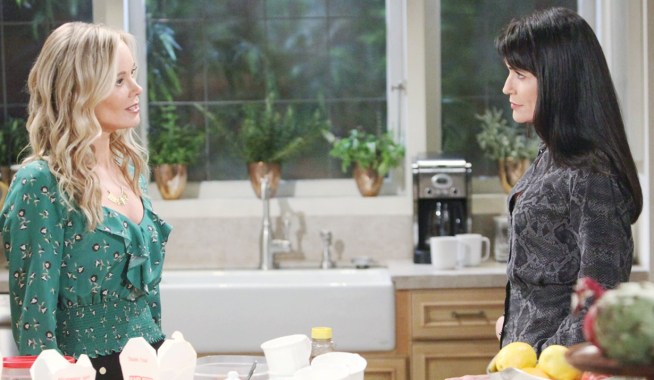