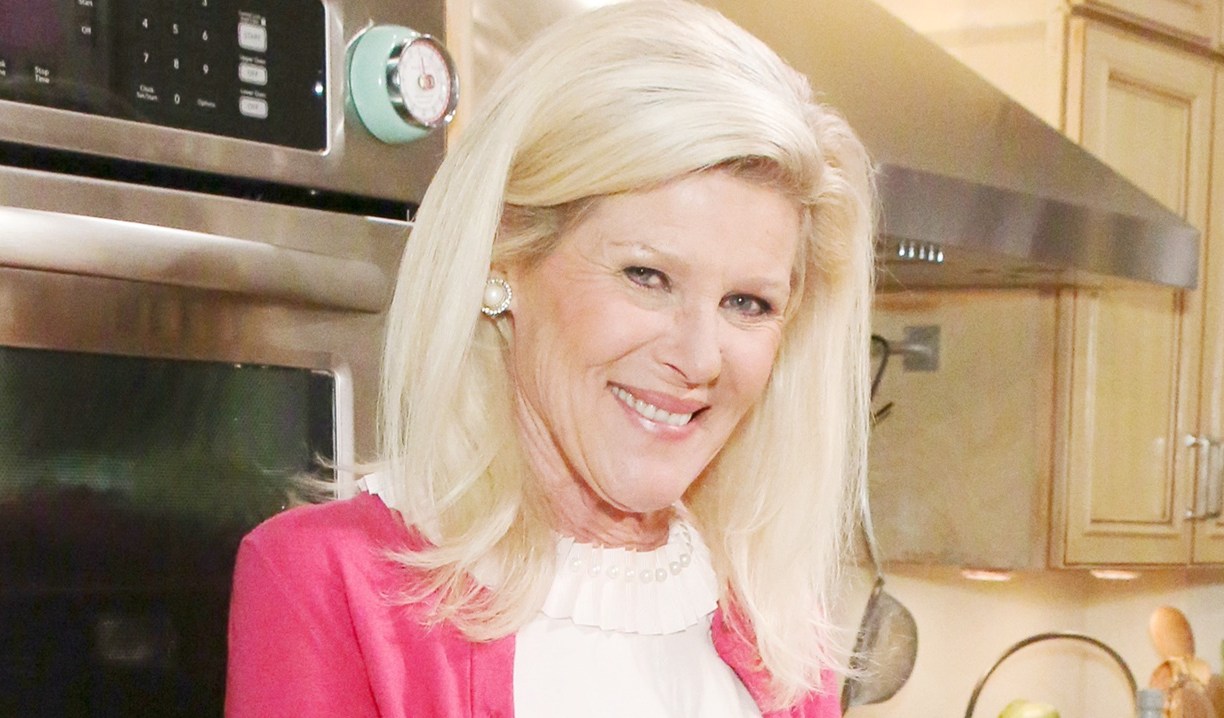 It was a steady week on B&B, with a little marital strife, and a happy marriage proposal. Thoughts:

In the last Deconstructing B&B, Wyatt’s new position stirred speculation but so far we haven’t seen much of him at Forrester Creations, aside from his cute scene with a squeal-y Quinn. Wyatt breaking the news to Bill didn’t cause as much of a ripple as anticipated either, as Bill’s in ‘trying to be a better dad’ mode and chose to be supportive, despite his true feelings. I’m still looking forward to seeing what angle Brad Bell has in putting Wyatt at FC.

Cracks in the foundation

After Steffy told Ridge about seeing Brooke and Bill kissing, there was a confrontation, as expected, with Brooke doing some groveling, but Ridge still not expressing any regret about coercing the judge. With the cracks in their marriage established, albeit smoothed over, the union is positioned to fall apart completely should anything else go down – and with Thorne and Ridge riffing on Bill’s audacity in hitting on Brooke, and irked that he’s back in Will’s life after their efforts to curtail his involvement, chances are things will blow up. Then it will be a matter of how upset Brooke is with her husband for having a go at Bill, and how angry Katie is with Thorne for interfering after she’s made a choice to allow Will as much time with his father as he likes. Smells like trouble ahead, and I’m definitely sensing a return to Brooke and Bill is in the cards one way or another as well.

Charlie’s lemon bar proposal to Pam was exactly what you’d expect and hope for with this quirky twosome. Loved it. Of course, Quinn was less-than-thrilled about the upcoming nuptials once she learned that Pam wanted to hold the ceremony in her living room…under Stephanie’s portrait. Aside from it being a little awkward, I really didn’t get the big deal given that they put Stephanie’s portrait up for Ridge and Brooke’s wedding, and they’ve hosted about a billion family members’ weddings by the fireplace. Methinks the situation was contrived to cause tension between Eric and Quinn with Jennifer Gareis’ return as Donna imminent. Vote in the poll on Pam’s portrait swap and check out how fans reacted to the proposal:

I’ve been waiting forever for this proposal! Very happy for them!!! I hope Pam and Charlie’s wedding celebrations are a weeks worth of episodes. #BoldandBeautiful

Hold up…. all of Los Angeles gets married in Eric’s living room but Quinn has a problem with Charlie and Pam? #BoldandBeautiful

Why is Quinn acting that way? Pam deserves to get married in her sister's house. Quinn is being bitter when practically everybody else has gotten married there. #BoldandBeautiful

Pam is extremely overstepping wanting to put Stephanie's photo on the wall. Asking in front of Quinn! How rude #boldandthebeautiful #BoldandBeautiful