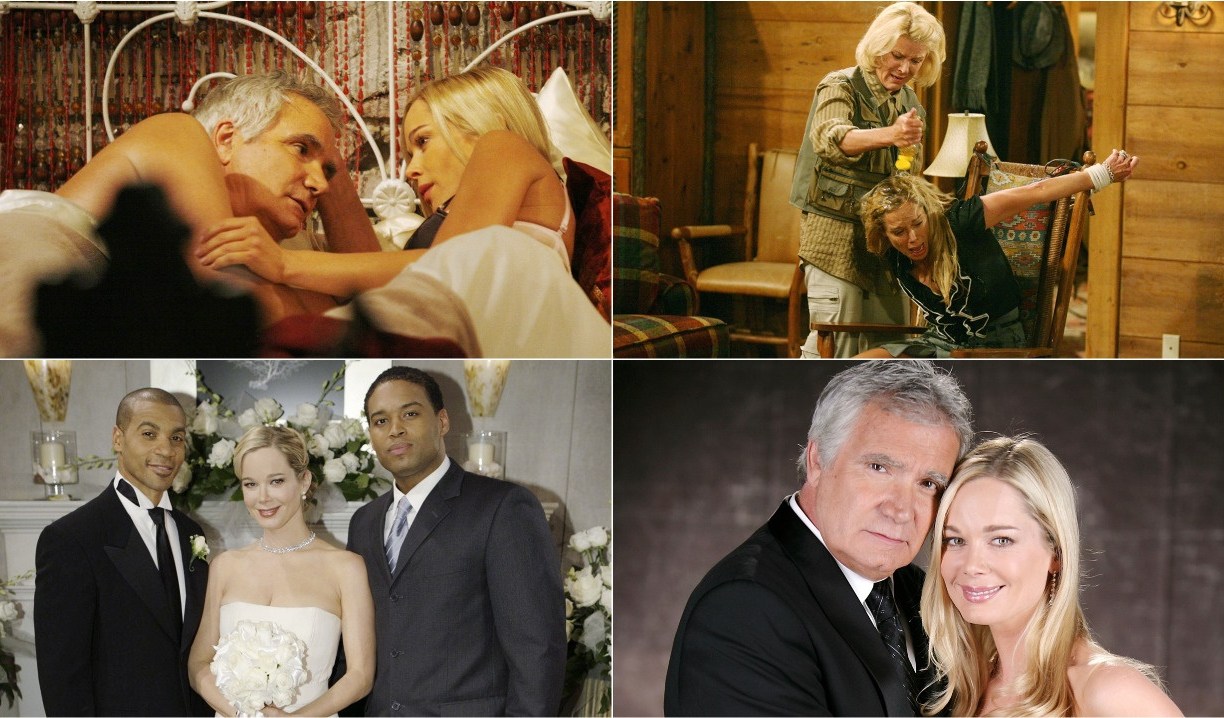 There are two reasons I’m excited to see Jennifer Gareis back on contract at B&B and bringing Donna back to Los Angeles. One is obvious; the Bold and Beautiful canvas tends to become fixated on a handful of characters, sometimes to the point where viewers feel desperate to see someone new…or in this case, someone from the past. Donna has always been a fun character, and given her history, we know she’ll stir things up…can’t wait! The other reason is that I was a fan of Donna and Eric as a couple, and with Donna flashing back to marrying Eric at Katie and Thorne’s wedding, there’s every chance they’ll revisit their love story upon Donna’s return, meaning she’d be mixing things up with not only Quinn, but probably with her nemesis, Pam, again as well. Love it. It’s the perfect time to look back on Donna’s past storyline highlights.

Donna’s early days on the show were far from drama-free as she hurt her sister Katie Logan by kissing her boyfriend, Rocco, botched a writing opportunity at Spencer Publications by getting involved in a scheme to publish a nude photo of her boss, Bill Spencer Sr., and left town after learning Thorne Forrester was seeing both her and her friend, Macy Alexander.

Donna dabbled in scheming upon her return to Los Angeles in 2006, helping Nick Marone bust up Brooke and Ridge by causing trouble – she arranged for Ridge to find his daughter, Phoebe, with Brooke’s son, Rick, in Australia, knowing he disapproved. Later, when Stephanie called Child Protective Services to have Brooke’s children removed from her home, Donna retaliated by seducing Stephanie’s son, Thorne, and took the plot all the way to the altar before it was revealed she didn’t really love him. Donna moved in with Eric, who was divorced, but competed with Jackie Marone for his attention. Her interest in Eric made her an enemy in the eyes of Stephanie and her children, and Felicia and Thorne locked Donna in the steam room, causing her to miss a fashion show.

Donna stayed with Eric, even when Stephanie tried to blackmail her into leaving him after Donna’s brother Storm, shot her. Who can forget when Donna hid a buck-naked Eric, whom she’d taken to calling her Honeybear (after a reference to using honey during sex), out on the window ledge when Stephanie showed up to confront them about still being together. Stephanie relented, but Donna soon found herself having issues with her protective sister, Pam Douglas. In what became one of B&B’s most memorable rivalries, Pam locked Donna in a tanning booth, turned her hair and teeth green, and even held Donna at gunpoint with her Doberman, Tiny, alongside. This led to Donna accidentally killing the dog…or so she thought…he actually died from a heart issue. While Eric and Donna got married, and he adopted her long-lost son, Marcus Walton, it wasn’t long before their wedded bliss fell apart as Eric fell into a coma after Pam poisoned him, and tried to frame Donna. During a confrontation at Big Bear, Donna was nearly eaten by a bear after Pam coated her in honey. Donna and Pam eventually called a truce of sorts after Pam was diagnosed with a mass on her brain, and even appeared on The Price is Right together, but Pam once again doused Donna in honey while she modeled on the Forrester runway.

Donna brought Marcus back together with his father, Justin Barber, when she realized he was working for Bill Spencer Jr, who had taken over Forrester Creations. Donna and Eric’s marriage began to fall apart during this time and finally ended after Donna blamed Stephanie for her mother Beth’s death. Donna then married Justin, which proved to be short-lived, and moved on to a dalliance with Nick, but once again, Pam became involved and put itching powder in Donna’s nightgown. In a comic twist, Pam and Donna ended up running the reception desk together at Forrester Creations before Donna began to fade out of the Los Angeles scene – though not before stealing a kiss from Eric and being called a slut by Quinn. Donna has since supported her sisters and returned for some holidays and weddings.

The opinions expressed in the blog are mine. Feel free to weigh in using the comment section. 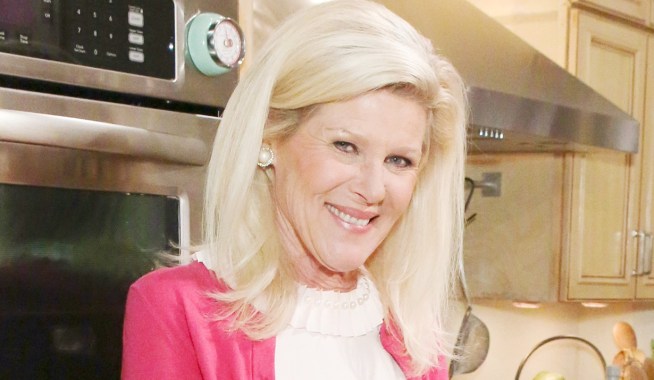 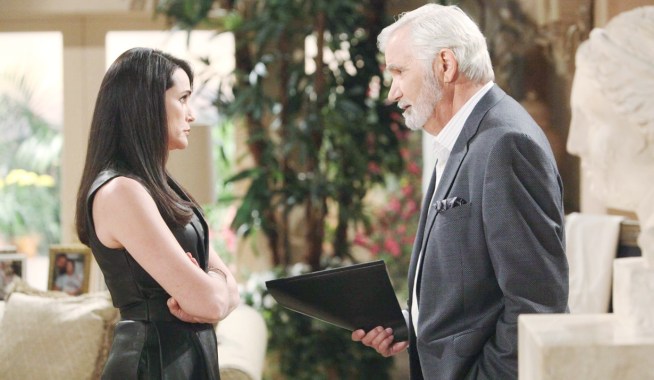