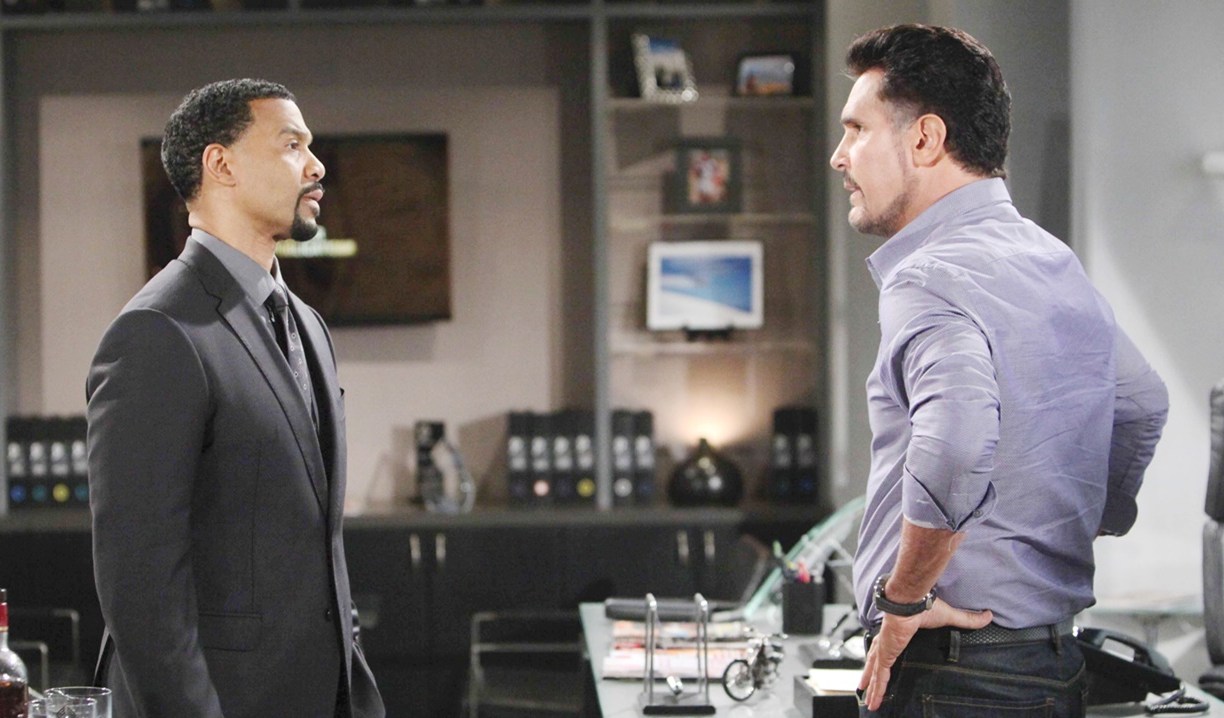 All in all, considering how contrived this whole custody storyline was, it’s been fairly entertaining and has encompassed a lot of characters, which is always good in my books. Thoughts:

In the last Deconstructing B&B, Bill and Ridge’s verbal sparring was a hit and Bill’s one-liners have still been my favorite thing about the custody suit into this week. From manically grinning and promising Justin he’ll be ‘Friendly Bill Spencer’ to throwing up his hands at Ridge walking into Katie’s house and declaring the Forrester brothers to be cockroaches, he’s been a comic treat. Of course, in addition to his exasperation and anger, his vulnerability and panic were showing through, which is a much-appreciated change from the one-dimensional obsessed Bill from not so long ago. Ironically, Ridge, who hates Bill for his tactics, resorted to a very Dollar Bill Spencer move by pressuring the judge, which may come back to bite him in the behind, but likely not in time to change the outcome of the custody suit. I’m convinced Katie will get sole custody, but have a feeling it will make her feel bad for Bill, which could add another twist into the story.

In related commentary, Bill reconnected with Wyatt and Liam while attempting to get help in the custody suit, and while he really didn’t get much of a result…after all the facts of what he did will speak for themselves, he did seem to make some in-roads with Liam, who, though he may not ever trust Bill again, doesn’t seem able to hold onto anger where his father’s concerned. I like the family dynamics between Bill and his boys, and they were so damaged in the obsession story. Fans shared their thoughts on the scenes:

I had to laugh at Bill begging his sons for help like he’s not some kind of psychopath control freak megalomaniac. I hope their memories aren’t that short. He screwed both of them, royally. #BoldandBeautiful

I know Liam won't give Bill another chance, but I hope Wyatt does. #BoldandBeautiful

Bill and his boys… awwww.. it's been too long. #boldandbeautiful

Brooke continued to meet with Bill behind Katie and Ridge’s back, and really did not like Ridge’s bullying tactics with regard to the custody hearing, so the writing appears to be on the wall for trouble between these two, and with Bill’s feelings for Brooke resurfacing, we all know where this could be heading. Let Soaps.com know if you’d like to see Brooke with Ridge or Bill by casting a vote.