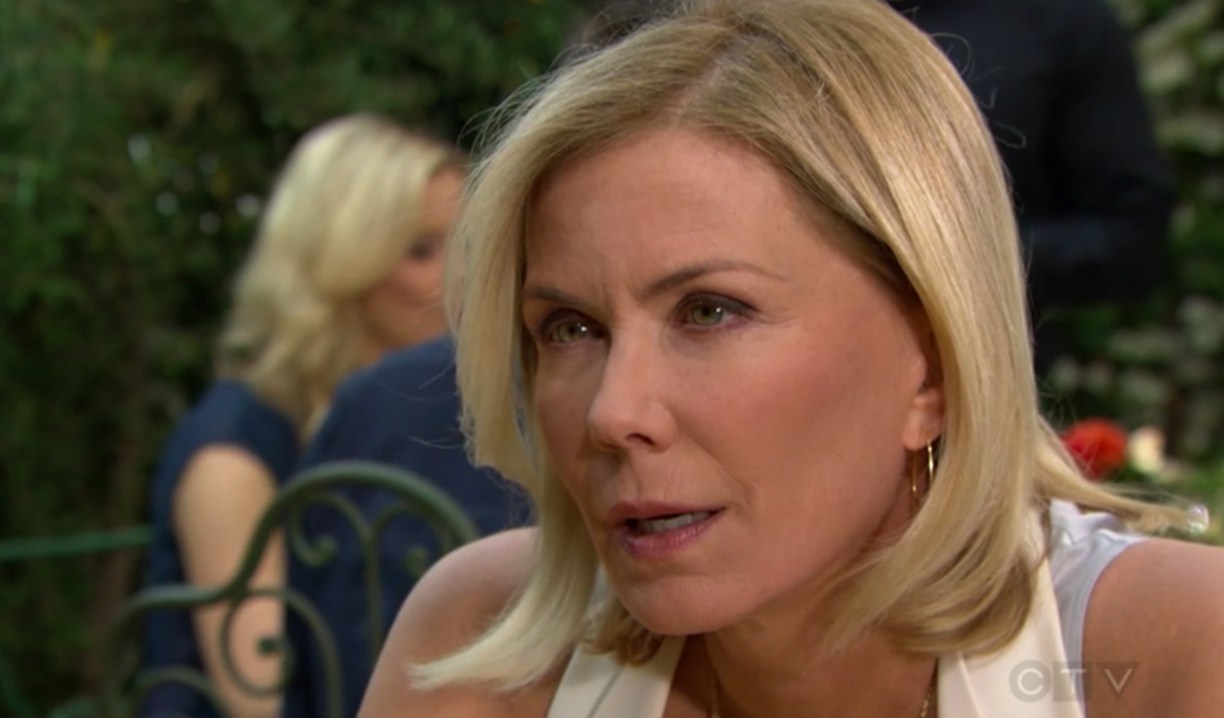 Though it’s disappointing to see the Hope/Liam/Steffy triangle swinging back to its former dynamic so soon, and a possible return to another triangle, Brooke/Bill/Ridge, has reared its head, the drama at Forrester Creations and surrounding the brewing custody battle has been appreciable. At least in the custody storyline I’m finding myself rooting for an outcome. Thoughts:

I thought Hope’s medical crisis was even more ridiculous than usual. After making a huge drama out of not being able to find the baby’s heartbeat, the doctor never even explained Hope’s cramping and spotting before sending them on their way. That said, Hope’s fear was palpable during those moments and her breaking down in tears afterward as she admitted to Liam how scared she’d been was relatable. Though Steffy was supportive, we began to inch back toward the old dynamic again as Steffy watched Hope with Liam after Ridge’s super contrived announcement that he had to scale back one of the lines. I had to laugh when Thorne asked where the out of the blue belt-tightening came from as many viewers were wondering the same thing. In any case, it was a return to tension between the two young women, and what affects Hope affects Brooke, so yeah, more tension all around, and another bone of contention between Ridge and Brooke as well. While there is an air of the predictable, I like the drama and definitely thought Brooke was channeling Stephanie on Friday when she came at Steffy.

In related commentary, while needing a break from the aforementioned Forrester Creations drama, Brooke ended up at Café Russe with Bill, so that re-connection is going to add another twist to the upcoming custody suit, as Brooke is lined up to take Bill’s side over her sister’s. It also will amp up the arguing once Ridge realizes Brooke is helping his nemesis (secrets always come out), while he’s been campaigning for Dollar Bill to ‘lose’ his son and is backing Katie and Thorne. Katie’s bound to be none too pleased at the development either, so there should be oodles of drama ahead. In Soaps.com’s Bill and Katie’s custody battle poll ‘Team Katie’ has a slight lead over ‘Team Katie and Bill Reconcile, Kick Thorne to the Curb’, with ‘Team Bill’ lagging behind. After the love scenes with Katie and Thorne this week, I’m on whatever team gets him out of her bed. In addition to the lack of chemistry, his pushiness where her situation with Will is concerned has made their union extra unappealing. Even Thorne standing up to Bill has done nothing to make him look better, and only has me rooting for Bill to make mincemeat out of him. As mentioned in the last Deconstructing B&B, the conflict between Katie and Bill is worth the price of admission alone, so I’m totally into this.

After Brooke surprised Bill with the announcement that she thinks Katie is wrong, Bill immediately went back to the office and flashed to…the balloon ride in Aspen of course, thus sending the soap signal for a switch in love interest; you could see it in his eyes at the restaurant when he realized she was on his side; ‘Maybe she’s my destiny after all…’ You just have to laugh – or roll your eyes. Viewers were quick to spot it:

Commence Operation Sniff Around the Ex: Brooke & $Bill He’s gonna complain about her sister while she complains about his nemesis #BoldandBeautiful

Now they have Bill thinking of Brooke longingly after forgetting about her for months…. ? #BoldandBeautiful