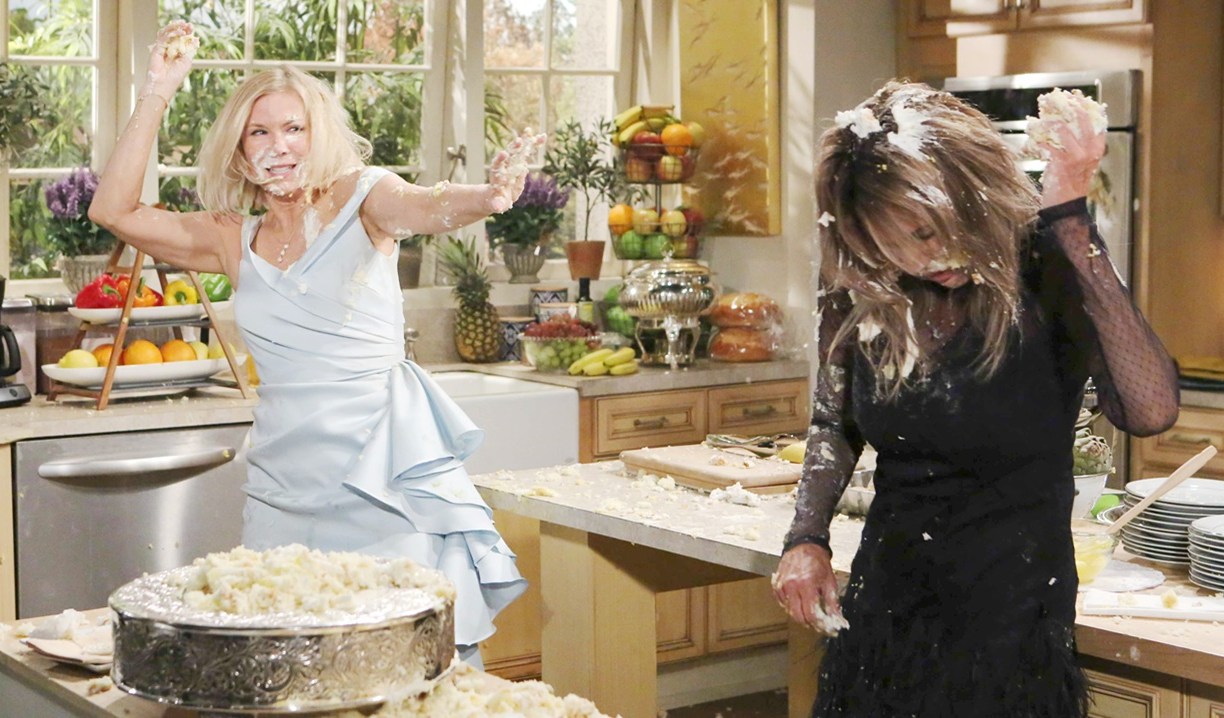 The latest wedding, the same as the last one right down to the dress, might have been coma-inducing if not for the reunion of the Logan women and the epic cake fight between Taylor and Brooke. Thoughts:

While it was amazing to see Bridget and Donna, they had disappointingly little to do. Bridget basically gushed, “Ooo, my baby sister,” on repeat, while Donna smiled and linked arms with Katie a lot. Bah. Still, seeing them was a highlight (though not the highlight – that honor went to Brooke and Taylor’s cake fight) in the otherwise predictable umpteenth living room nuptials. The guests, including the most improbable and unlikely ones, such as Wyatt (who stopped the last wedding), Steffy (the ex), and Quinn (whose history with both Liam and Hope was ignored), all happily gathered to pretend there was nothing abnormal about any of it. Liam and Hope even encouraged the guests to make mini-speeches, in which they basically repeated what they’ve said at the last twenty weddings about whatever couple happened to be at the altar. It’s tired B&B…so tired…the weddings and speeches have no impact anymore because there have been so many and they never last. Yes, I know it’s a soap, but they need to slow down on everyone having to be married within a month (or days in Liam’s case) of getting together. That said, Annika Noelle and Scott Clifton did a great job of portraying Hope and Liam’s happiness as the wedding finally went off without a hitch, and their ‘funnymoon’ was cute.

In the last Deconstructing B&B, viewers were anticipating Taylor and Brooke’s wedding clash and they weren’t disappointed. As soon as we saw Pam taking such care to put the finishing touches on the cake, we knew what was coming. Brooke and Taylor got into a war of words in the kitchen that very quickly led to Brooke getting cake smashed in her face, and Taylor laughing until she was hit with a glob of icing directly in her ‘blow dry’. A crazy catfight ensued which left no doubt that Katherine Kelly Lang and Hunter Tylo had fun taping the scenes. Loved it! It’s always re-energizing to see these two pick up with their rivalry and play off one another. Their ‘Walk of Shame’ was hilarious, as were the expressions on everyone’s faces and the reactions. So well done. Fans weighed in:

I could care less about Lame and Hope becoming Mr & Mrs Boring, but the Brooke/Taylor cake fight was worth the price of admission. #BoldandBeautiful

The cake Fight was the best scene on B&B in years. I miss Brooke & Taylor’s screen time together. Bring back Taylor for Good! #boldandbeautiful pic.twitter.com/QEpJyMk1El

The cast had to keep their composure on Brooke & Taylor coming out with cake all over them …One was about to break!!???? Must been some good cake anyway. #BoldAndBeautiful

Brooke & Taylor should seriously slap both of their daughters across the face.
Can you imagine if after fights, the Forrester kids tried to publicly humiliate Stephanie??
She would not have gone for that…#BoldandBeautiful pic.twitter.com/C0CJeFWqBh

Bill spent the wedding gearing up to repair his relationships with his sons, then ended up blowing it with Will by missing a planned visitation. I found it ‘off’ for Justin to push him to attend the meeting and not put his family first, but it is what it is. As Bill was wrestling with this dilemma, Will’s relationship with his father became the new, one and only talking point over at Forrester Creations, where everyone but Brooke was in favor of Katie suing Bill for full custody. Interesting. Thorne, of course, announced he would step in and take Bill’s place as a father figure to the boy. No thanks to Thorne angling to further ingratiate himself, but I’ll take the fireworks between Bill and Katie, which never disappoint. Viewers weighed in:

This custody battle won’t set a good example for Will. That is for sure. It is going to get ugly. And, it is THORNE’s fault for provoking this issue. #BoldandBeautiful

Okay Thorne! Slow your damn roll! You have only been with Katie for 2.3 seconds. You shouldn’t be stepping in & voicing Katie’s custody situation or how she handles things with Will & Bill. #BoldandBeautiful 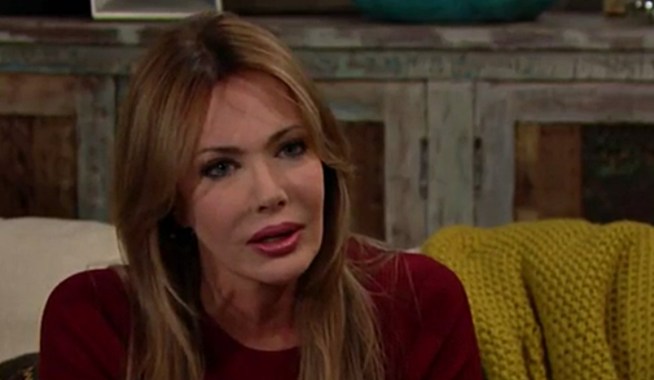 Deconstructing B&B: Katie & Bill Drama Worth the Price of Admission 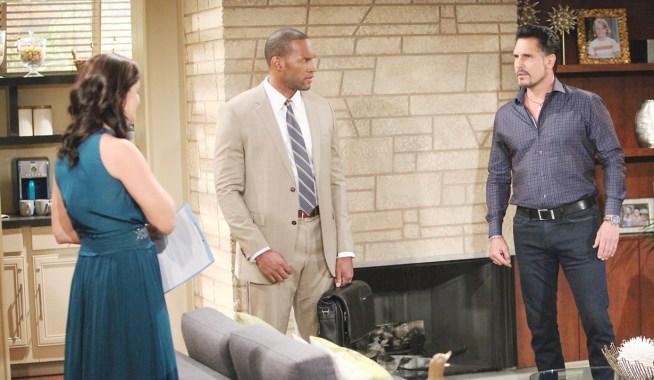