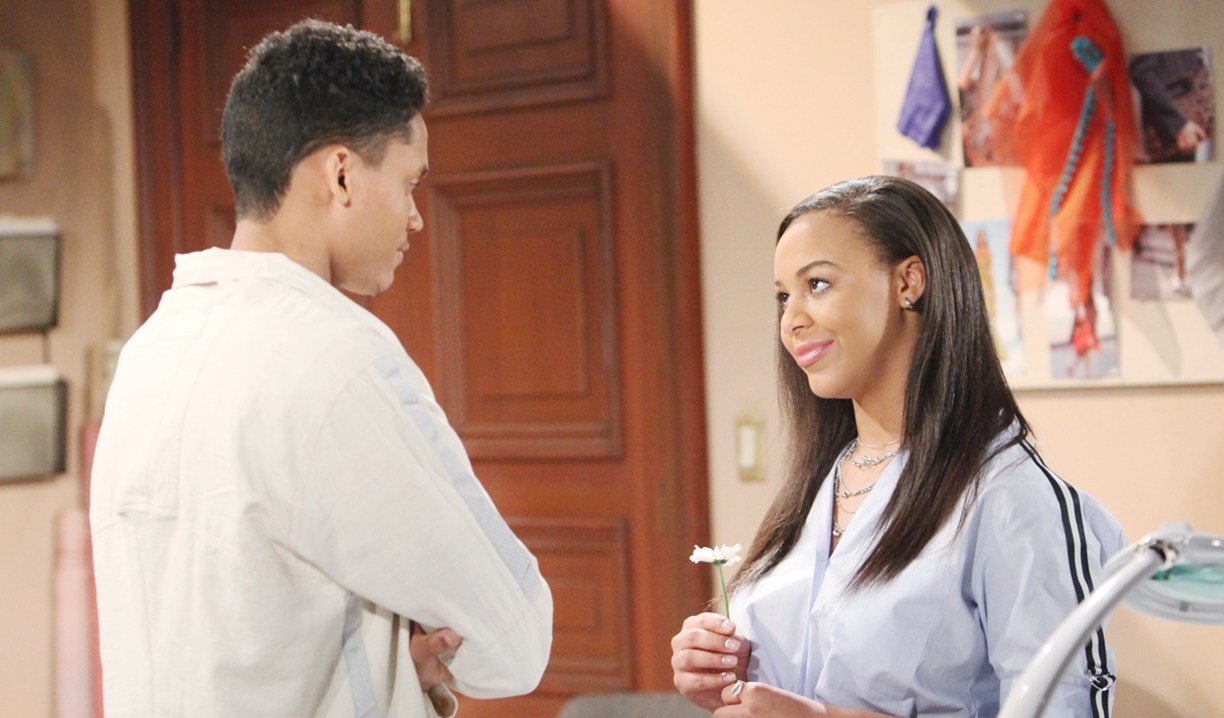 Wyatt and Sally are keeping things interesting, as the Liam/Steffy/Bill/Hope stuff bogs down into eternal repetitiveness, and the newbie storyline at Forrester Creations keeps on trucking. Thoughts:

Rebounders.
While Sally drunkenly shooting a gun at something right beside Wyatt’s head seemed a little over the top, and Wyatt got a tad ‘wheedling’ while trying to convince her to stay at his beach house, otherwise, I’ve enjoyed the vibe between the two. As noted in the last Deconstructing B&B, Sally and Wyatt’s chemistry was something I was counting on to enhance the summer storylines. So far they’ve managed to be both cute and smoulder-y, and when Katie finds out he’s moved on/rebounded with the redhead, things should get even more interesting. Viewers weighed in on Sally/Wyatt:

Wyatt and Sally are the only reasons I care about this show now. Let my mans finally be happy for goodness sake ??? #boldandbeautiful

Sally is as bad as Liam. She was in love with Thomas, then Liam, then back to Thomas and now getting into Wyatt. #BoldandBeautiful pic.twitter.com/NEoOrRs1Bp

Sally and Wyatt seem like buddies; definitely not love interests. There's no romantic chemistry between them at all. #BoldandBeautiful

Butter her up with blackmail.
There’s nothing more I can say about Bill’s repetitive dialogue as he obsesses over acquiring Steffy without sounding like a broken record too. Honestly, Bill believed Brooke was his soulmate and destiny not so long ago and apparently was wrong about that, so why so sure now? Also, his whole approach with intimidation and threats as a means of convincing Steffy they should be together isn’t a good look. I’m feeling so weary of anything to do with this and the Liam triangle – even getting to see Taylor in full on agony mode wasn’t worth it.

Still not feeling it.
While it’s been a treat to see more of Julius and Maya (though they put her in an uncomfortable scenario, being reprimanded by Hope), the storyline still lacks appeal overall. It’s a mystery as to why viewers are supposed to care if Maya fires Emma, why Xander is hiding his British accent, or if they get together (when they kissed it felt like watching strangers). What I would like to see is what Dayzee and Marcus are doing, or when Felicia’s going to return, or maybe Bridget, or how about a competing fashion house so a story about someone taking photos to possibly steal designs actually makes sense? What would Justin and Bill want with them? Also:

We already had an intern who took pics of Forrester's dress and she was fired. Her name was Beverly and was played by Gina Rodriguez ? #BoldandBeautiful