Deconstructing B&B: Sally’s Return Starts Off With a Bang 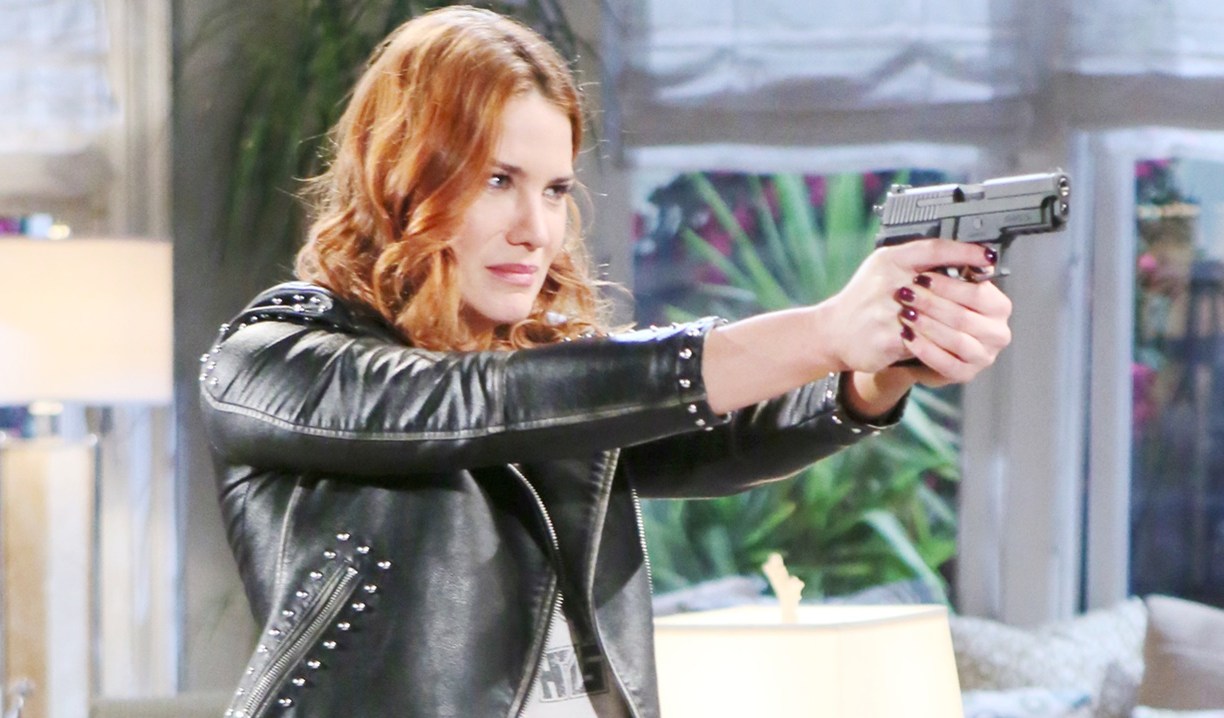 Here’s hoping that Wyatt and Sally will prove to have chemistry and a decent storyline because I’m burnt out on the endless Bill obsessing and Liam triangle stuff, feel little connection to the newbies thus far, and don’t find much appeal in the idea of throwing Thorne together with Katie. Thoughts:

Disconnect.
The week kicked off establishing that Emma was related to Justin. As much as I love Justin Barber, stating that this girl is his niece isn’t enough on its own to have me suddenly riveted to her story. The same goes for dropping a random male teen into the picture as an Avant relative. Though Xander seems to have some personality, and we got to see Julius and Vivienne (yay!), his introduction was enough to give one whiplash. Maya was not-so-subtly suggesting Xander would be pairing up with Emma in his second scene (and before they had even met), and there were no words for the awkwardness of Emma randomly launching into a series of dance moves for Hope that led to her knocking Xander unconscious…cringe-y. While Brad Bell may feel connected to these characters, he needs to give viewers more of a reason to invest beyond their last names and a recycled storyline. Worse, many don’t trust they’ll even be around in six months or a year. Fans reacted:

Alright. This whole Emma and Xander storyline. Ummm…yeah…HELL NO! Those scenes were painful as hell to watch I HATE when #BoldandBeautiful brings in new people instead of using the talent they already have. pic.twitter.com/9OvWkAgIOC

Why don’t they get creative with Emma and Xander? Their soon-to-be romance is so obvious. Maybe Xander falls for Hope? Or Xander realizes Emma is in love with Hope? #becreative #BoldandBeautiful

Switching gears.
Speaking of random happenings, Katie suddenly doing a complete turnaround regarding her relationship with Wyatt and dumping him in the space of half an hour felt about as unauthentic as it gets. The actors came through as always, but it just was totally out-of-the-blue, and a radical swerve for any viewer who was invested in the couple, especially as Katie was being kissed by Thorne before even leaving the office – also not a good look for Thorne, who just seems desperate to latch on. Anyway, this pairing seems like a ‘fallback’ as they haven’t had anything for Thorne to do since abandoning his initial return storyline, and there’s been no effort to actually build things up between them so as to make it enticing. Here’s hoping Sally and Wyatt will be able to make some sparks fly out of being jilted and disillusioned.

And on it goes…
As Liam and Steffy settle into life with the baby, it would be nice to leave it at that for a while, as the alternative seems exhausting. However, looking ahead at next week’s Bold and Beautiful spoilers, it doesn’t seem the drama is in the rearview mirror just yet, despite the most recent proposal. As noted in the last Deconstructing B&B, Liam’s record-setting number of flip-flops is ridiculous.

Deconstructing B&B: Do We Really...