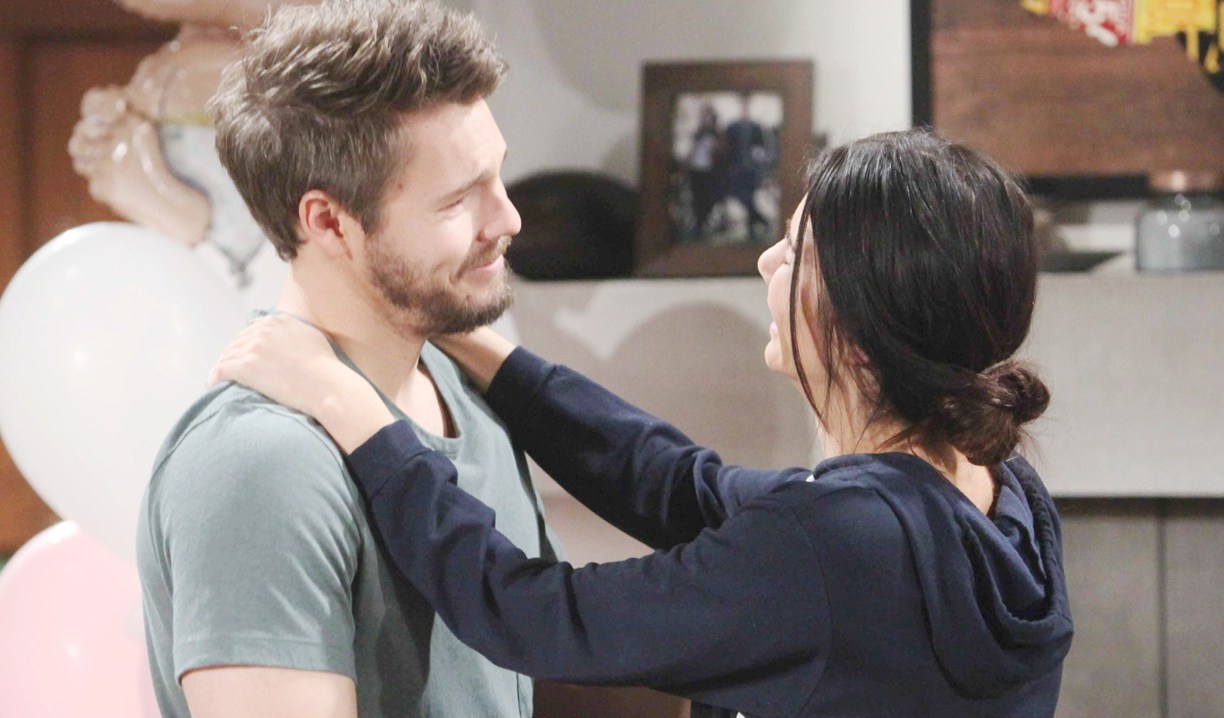 Well, Liam’s story trucked along with his first child being born on the heels of his halted wedding to Hope. The acting was on point from all parties, the emotion had me choked up on a couple occasions, but the material itself was, once again, largely predictable – including Liam’s flip-flop (or flop-flip?) of the week. Thoughts:

Soap labor 101.
There’s no denying the intensity and emotion of Scott Clifton and Jacqueline MacInnes Wood’s delivery scenes as Liam and Steffy had their first child. The emotion was all there, and it was a classic soap opera labor, complete with a frightening crisis during the pushing phase, a moment of panic when the baby didn’t cry, the flood of relief when all turns out well, the swell of happiness precipitating a close moment between the new parents, and a passing, possibly foreshadow-y mention of the baby’s size. Somehow that level of predictability was disappointing though. A couple other issues: Taylor’s absence at the hospital was a fail, given that she’s been back on the canvas, and viewers just aren’t having the name Kelly:

Is there some sort of mandate that Ridge & Taylor can’t share scenes? Why is she not around for this? Especially after being left out of Douglas! Ugh ? #BoldandBeautiful

In related commentary, as noted in the last Deconstructing B&B, Steffy’s crisis shifted the focus away from Liam’s waffling, but not for long. Though I’m not keeping track, it’s entirely possible he’s set some sort of new record for swapping out ‘futures’ inside of a week, and it’s hard to take seriously. That said, the emotion of the Steffy and Liam reunion was genuine and pretty tough to resist.

Fallout and a fail.
It was a nice upturn of events to see Quinn, Eric, Thorne, Pam et al. back on canvas for more than a few seconds. There were also some good scenes involving fallout related to the near-miss wedding of Hope and Liam, what with Quinn and Wyatt’s conversation, Hope’s poignant break with Liam (well-acted by Annika Noelle who looked like she had a bad taste in her mouth/was fighting off sobs in the lead up to making the split with Liam), Brooke nearly having a seizure upon learning Liam and Hope weren’t getting married, and the ensuing bit of tension between Quinn and Brooke. What does not work is the headwriter ignoring Quinn and Hope’s past. Quinn was not only at Hope’s wedding, but present in the room with Hope and Brooke during discussions about Steffy’s pregnancy more than once and the topic of Hope blaming Quinn for the loss of her baby never presented as an issue? 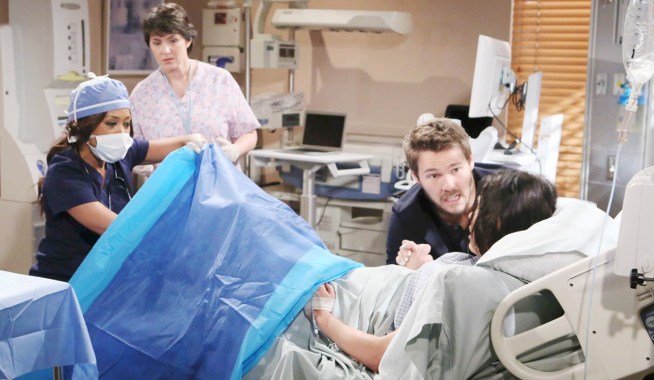 Deconstructing B&B: Sally's Return Starts Off With a Bang 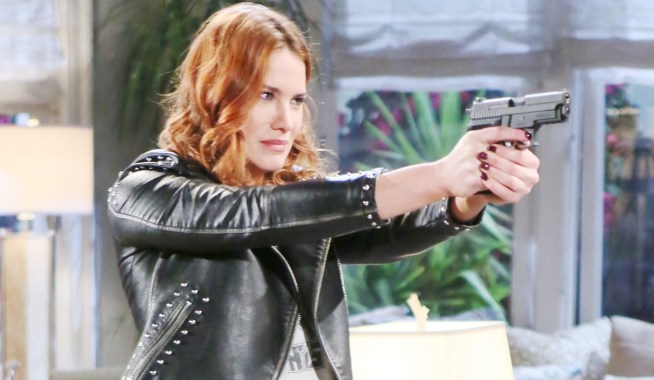