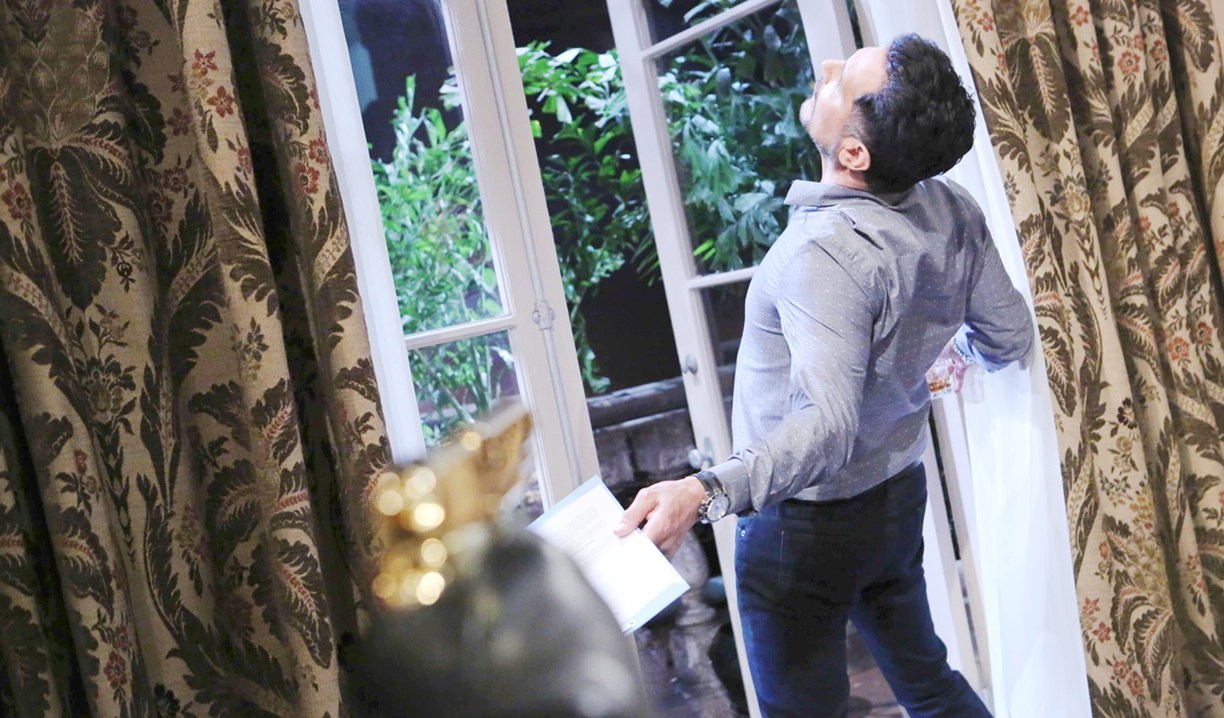 The ‘who shot Bill?’ storyline has entertainment value despite the contrived plot points leading up to it. Thomas’ return my favorite development this week, and I’m close to ‘done’ with Liam’s dithering demeanor. Thoughts:

Whodunit?
In the last Deconstructing B&B, it seemed everyone hated Bill, and in the days leading up to him getting shot, the potential suspect list lengthened. As a dark, stormy night set the scene, the rhetoric surrounding Bill became more sinister, and by the time he was shot in the back, many characters had expressed a desire to see him dead. Dun, dun, dun. Katie’s blood-curdling scream and hyperventilating hysterics upon finding Bill unconscious with a bullet hole in his back were spot on. While Bill was wheeled into surgery, the news of the shooting began to spread. Here we began to see how the list of suspects would shape up and to realize that few if any would have alibis, as many had conveniently ‘disappeared’ for a time that night. Too funny. The irksome thing in all this, of course, was characters behaving ‘off’ for the sake of the plot. Pam going from zero to off her rocker between refills of her meds, and Justin showing little concern for his best friend’s life, instead obsessing over the legal documents and installing himself in the CEO chair. In the end, I’m sure we’ll learn it was none of these people who shot Bill, but fans set their minds to working out theories in the meantime:

Crazy Aunt Pammy did it, she was off her meds. Definitely wasn't Ridge, the silouette was of a woman. So Pam or Quinn are best bets. I'm going with Pam though.

It's Thomas Forrester. Because he wanted to see him and he said no. I bet he found out the truth and his building set on fire. So Thomas did it and Poor Liam can t do anything about it

Brain fog.
Before finding out Bill had been shot, Liam showed up at the cliffhouse where Steffy was cooking dinner for him, but hummed and hawed about whether he should be there. In that moment I just felt ‘over’ his dithering. Unless he made a definitive decision to share a meal with Steffy and open himself up to working toward forgiveness, he should have stayed at the hotel.

Amends.
Thomas arrived home, apparently the day Bill was shot or earlier, and eventually showed up at Sally’s door. He apologized for hurting her before revealing that they’d been duped by Bill and Caroline into believing Caroline was dying. Sally positively seethed, and who could blame her? Bell had Sally transfer her affections from Thomas to Liam far too quickly, and it never quite worked with her and Liam – perhaps because she was meant to be with Thomas. I like to think so.