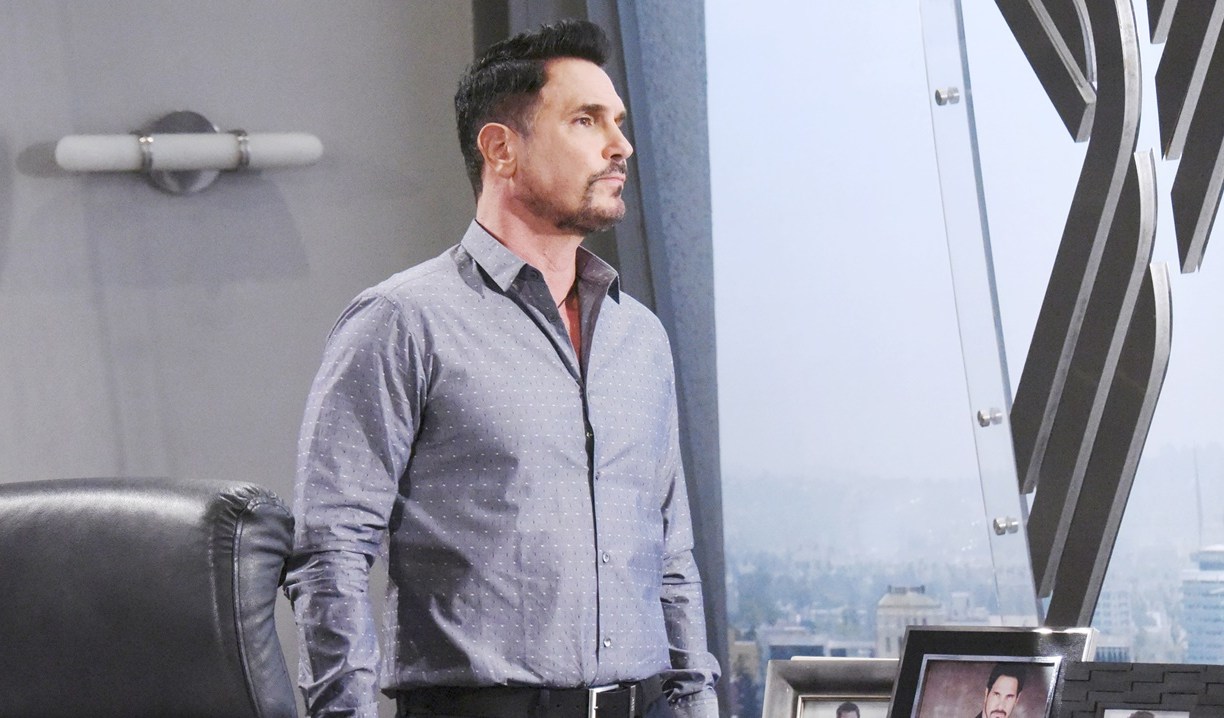 Bill continued unapologetically on his ‘alienate all of Los Angeles’ tour with great success, and there was a growing sense that all of the hate is definitely building to something big. Thoughts:

The world would be a better place…
In the last Deconstructing B&B, we predicted a ‘who shot Bill?’ storyline, and that possibility seems more likely than ever as the magnate has managed to push just about everyone in town to the brink of homicide. The clashes have been delicious – Ridge and Bill’s testosterone-fueled standoff at Il Giardino, Quinn warning Bill she’ll stop at nothing to defend Wyatt, and the raw intensity of Bill disowning Wyatt and threatening Katie with a custody suit. Whew! Bill’s diatribe against Katie and Wyatt, in which he called their relationship ‘disgusting’, truly landed us back in the wide world of hypocrites as he was still weathering the fallout from having sex with his son’s wife. Thankfully, this was pointed out in the dialogue (not that it slowed Bill’s roll). Viewers were quick to criticize Bill:

Wait. Wait. Wait. Bill had sex with his son's wife and wanted to whisk her away on a yacht. But Wyatt and Katie are the disgusting ones? Alrighty….#BoldandBeautiful https://t.co/OJbFwy54Xc

Some of Bill’s haters on the growing list of potential ‘suspects’ are definitely a stretch, however. Eric’s reaction to the Steffy and Bill news was decidedly over-the-top, Ridge asking Sheila to kill Bill was basically ridiculous, and Jarrett’s firing was out-of-the-blue. We also had Pam suddenly dropping lines about how she’d be willing to do ‘anything’ for her late sister’s namesake, Steffy, and Hope’s anger toward Bill resurfacing as she seethed that if not for him she and Liam would have been together all along.

Dark place.
As much as I’m pro-Wyatt and Katie being together, the engagement and reveal to Bill were way too fast and too obviously geared to enabling the plot. Wyatt and Katie fans were robbed a bit. That said, some neat twists and turns followed, as Quinn gave them her blessing at Eric’s urging, and Wyatt confided in his mother that he felt himself going to a ‘dark place’ after the double-whammy of Bill disowning him, then being thrust into the role of protector for Katie and Will against his father. Wyatt standing up to Bill was a plus, though he never lost that shocked vulnerability in his expression. Here’s hoping he stays strong, it’s a good look.

The more things change…
In the land of the dreaded triangle, Steffy learned Liam would be working closely with Hope, and Hope started looking for reasons Steffy shouldn’t get another chance with Liam, and I think that Bill proposing to Steffy will be it, as either Hope or Liam is probably the person witnessing the scene from outside and will misinterpret it as Steffy being disloyal. This could also give Liam a motive for wanting to harm Bill, so add his name to the list.