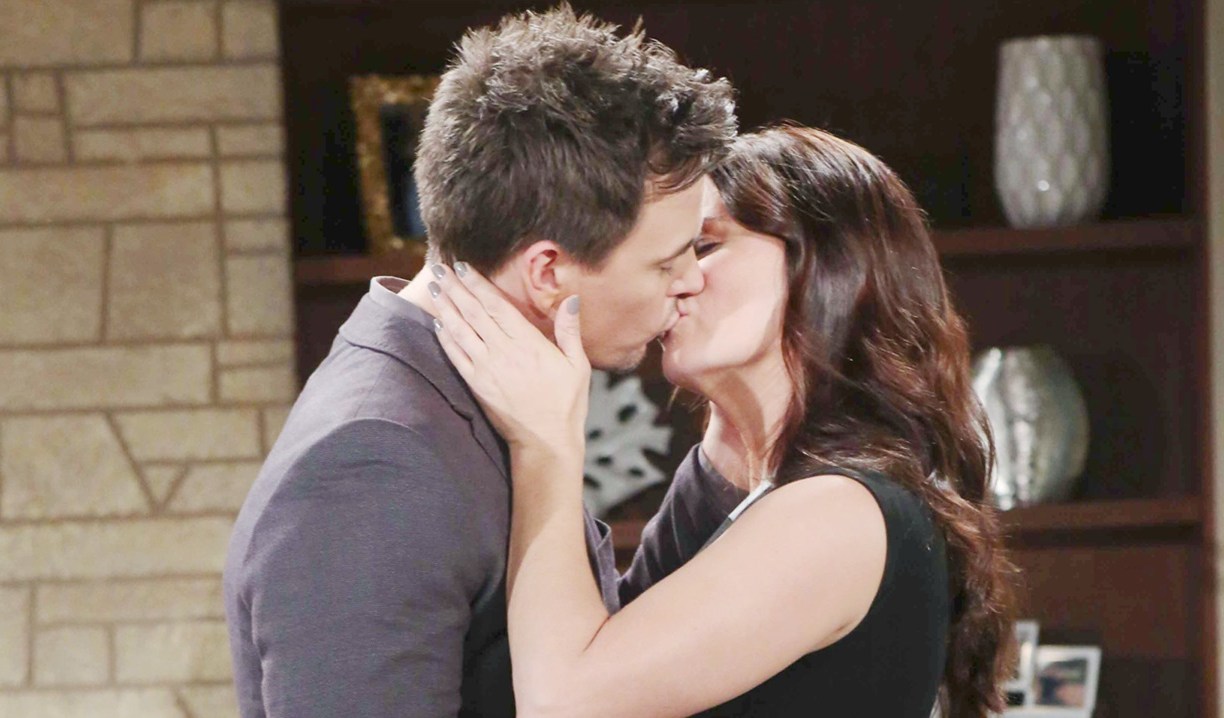 There has been some top notch roller-coaster emotions and big romance, however there was a decided lack of drama considering it is February Sweeps, at least until Sally shot Bill. Thoughts:

Thorny issue.
After the hype about Thorne returning to take everything from Ridge, it’s especially irksome to watch him now accepting the scraps his older brother throws in his direction – Eric’s martini shaker (why did Ridge even have this?), and a position working for Hope. Really? Will he be working in the basement? Many were prepared for what was going to be an epic clash of brothers, but we have yet to see Thorne embrace his supposed new edge and cause anything more than a few ripples. Viewers reacted to Thorne joining Hope for the Future:

Maybe Thorne's first assignment could be to design a new wardrobe for Hope. #BoldandBeautiful

Thorne said he’s going to get one of those Logan women. If not Brooke, not Katie, then Hope will do ? #BoldandBeautiful

Thorne is the designer for HFTF?! Ha…Ridge trying to kill all his bothersome birds with one stone.#BoldAndBeautiful

In related, hopefully that awkward couch-mounting/kissing between Thorne and Katie was the last we’ll see of that, as Wyatt and Katie sorted out their true feelings and got back together. Aside from the obvious fact that she was married to his father, this pairing felt different from the beginning, in that Wyatt finally found someone who hadn’t loved Liam first, and Katie, likewise, found a man who hadn’t been with Brooke. Best of all, it was an unexpected development, rife with chemistry, and completely unencumbered by any connection to a love triangle. Here’s hoping it stays that way. As mentioned in the last Deconstructing B&B, Wyatt broke up with Katie, hurt and confused after seeing her kissing Thorne, then realized how much he missed her. Wyatt earnestly explaining to Katie why he’d broken up with her, then laying bare his feelings sucked me right in, as did her happy, relieved tears, and each of them professing their love for the first time. The surprise engagement happened at warp speed, but wasn’t surprising for B&B. All good – so good – but now they have to tell Bill…

Here we go again.
In the world of Steffy and Liam’s break up, the heart-tugging ultrasound moments weren’t enough to wipe the picture of Bill and Steffy out of Liam’s mind, and so it was back to the hotel for him, where at least someone (Wyatt) mentioned the smelly reality of being holed up in there. Hope continued to do her self-sacrificing bit, rallying for Liam and Steffy to reconcile and accepting thanks from both Steffy and Ridge for her efforts. Ridge wasn’t completely sold, however, and warned Steffy to mind how much time Hope spends with Liam. Good call. Perhaps he relaunched Hope for the Future in part to keep her busy, but with Liam wanting to be on the team, that’s going to backfire faster than you can say, “Love triangle.”

Not building bridges.
Over at Spencer Publications, Bill railed about his grandparental rights to a dubious Wyatt, before moving on to his obnoxious bully routine with an outraged Sally Spectra. I guess he didn’t see rebuilding Spectra as a way to win points with Liam, but maybe he should have reconsidered, as Sally ‘shot’ him at the end of Friday’s episode with his own gun. Presumably this happened in Sally’s mind, but could become a reality as the only people Bill hasn’t alienated to some degree are Justin and Wyatt, even Alison’s probably ticked at him for revoking her parking pass. Bill’s truly becoming the town pariah, and Sally won’t be the only one fantasizing about shooting him! 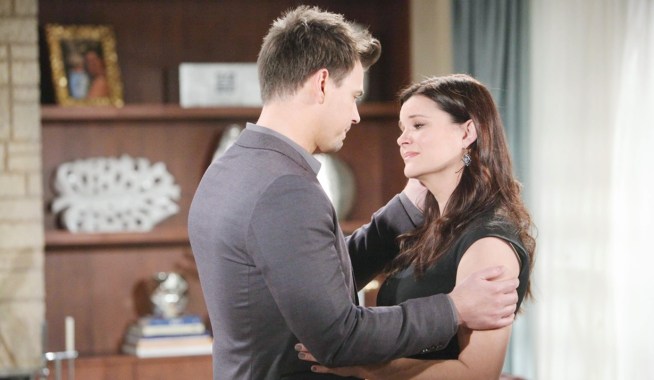 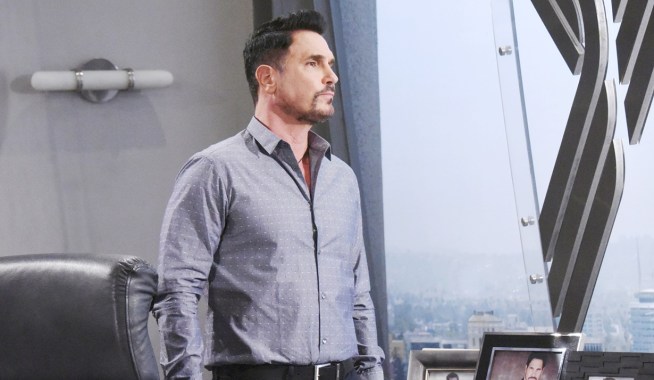