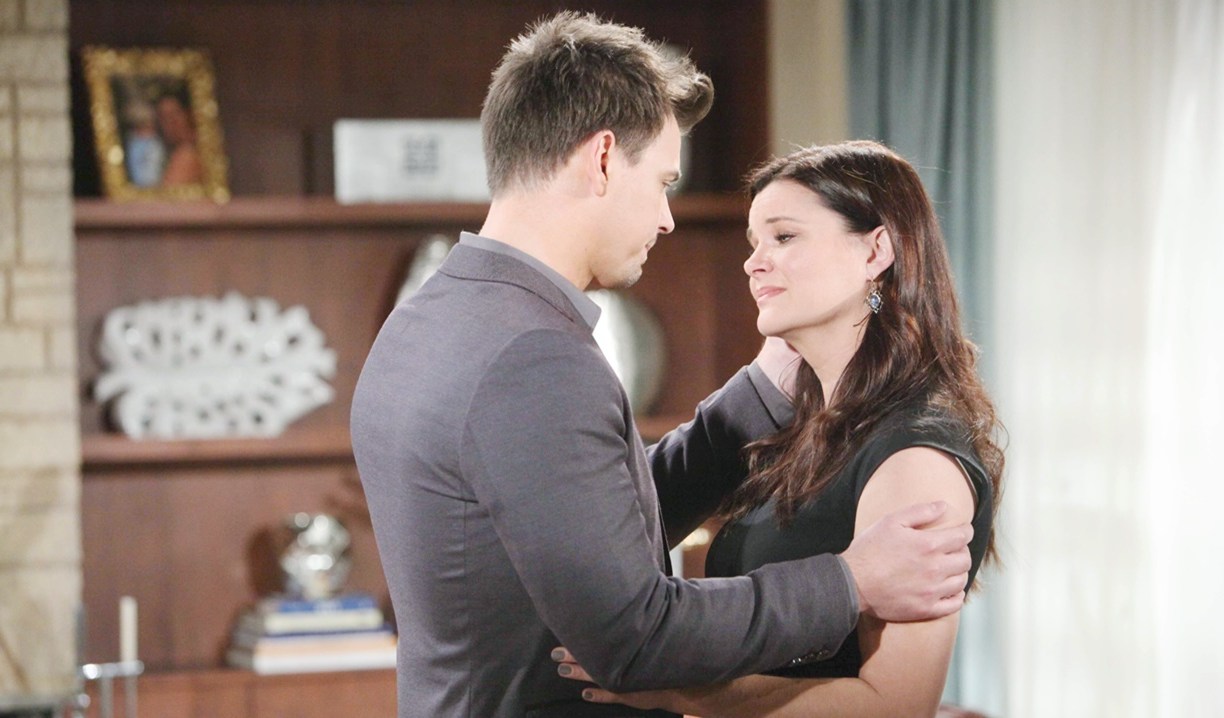 The Katie/Wyatt break-up was the storyline that most affected me this week…a break-up in the middle of the Valentine’s Day romance! I did enjoy the emotion of the ultrasound reveal as well. Thoughts:

Catalyst or catastrophe?
In the last Deconstructing B&B, Thorne’s interest in Katie seemed too sudden, hence, Maya’s enthusiasm over the prospect of them getting together also felt like ‘too much’, and Katie even entertaining the idea of dating someone that was determined to marry Brooke two weeks ago is absurd given the history. That said, it’s created what is hopefully a catalyst for Wyatt and Katie to realize they have real feelings for one another. Of course, Wyatt went a little off the deep end after seeing her kissing Thorne and dumped her, which got me a little choked up, and definitely left me wanting them together even more. Of course, it won’t happen right away since Thorne now knows Wyatt is the mystery man and is determined to help Katie ‘get over’ him. It was probably intended, but that was one awkward kiss between Thorne and Katie on Friday! Fans reacted to Wyatt and Katie’s split:

Katie go find Wyatt and fix this! You know you want him. #boldandbeautiful

@BandB_CBS @boldinsider Hope this isn't the end for Katie and Wyatt. They have too much chemistry to be wasted like that and they were one of the few bright spots on the show. I was also looking forward to Bill finding out while they were still together. #Watie #BoldandBeautiful

Not feeling it.
Hope being this super-good friend to Steffy just doesn’t feel right in light of their past relationship, and seems slightly manipulative, so that when Hope gets back with Liam for the umpteenth time viewers won’t be able to blame her as she tried really hard to help them reconcile. Hope’s visits to Liam are similarly geared to making her look beyond reproach, and Hope seeking to relaunch Hope for the Future sort of underlines the overall frustration of the show going back to recycle old ideas, whether it be fashion lines or love triangles. The angst with Liam and Steffy continues to bring the big emotion, however, and the ultrasound scenes were definitely tugging at the heartstrings. It’s a girl!

More: Ashleigh Brewer out as Ivy

Va-va-voom.
Valentine’s Day celebrations were understated on B&B this year, with Brooke and Ridge indulging in a playful honeymoon – the expression on Ridge’s face when Brooke appeared in the red lingerie was like a teenage boy, hilarious! Maya and Rick also got into the spirit with a steamy interlude at Forrester Creations. I’d have liked to see more, and realized the cast feels small again. I miss the days of Bikini Bar fun and such.