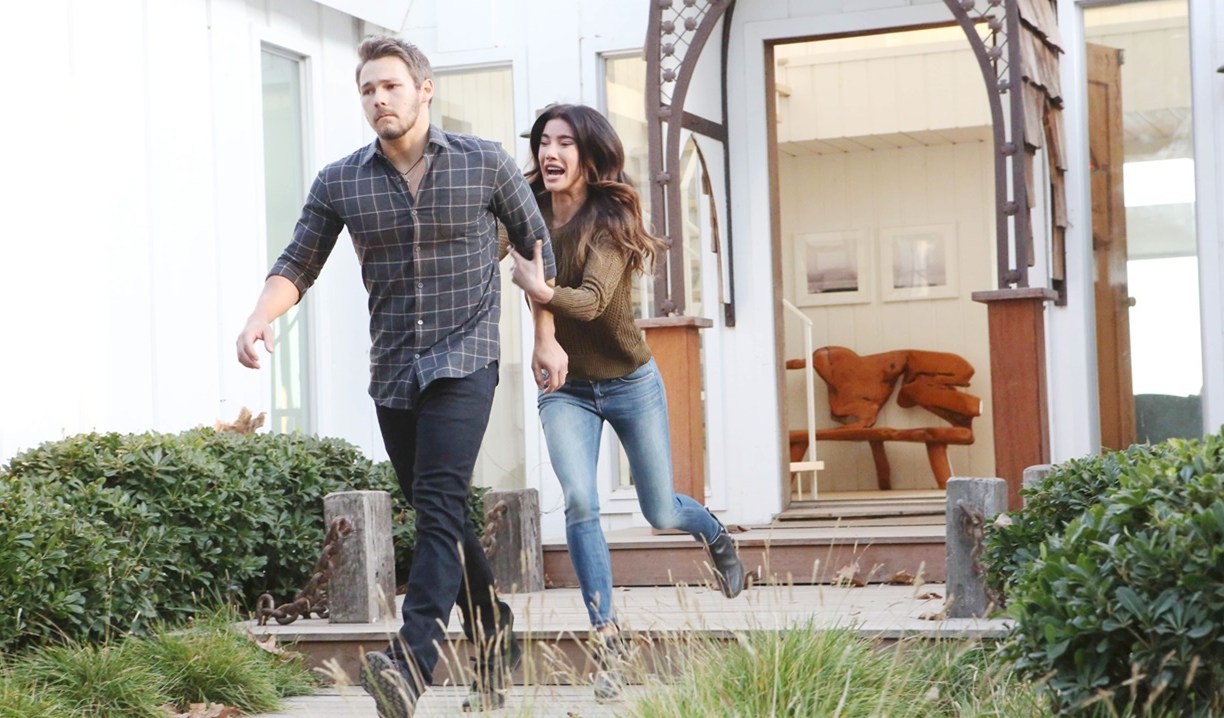 It was another short week on “B&B,’ but as with sister soap, Y&R there was definitely no shortage of drama. Steffy and Bill’s secret came to light, Liam was appropriately devastated, and it wasn’t long before others found out as well. The reactions of those involved brought us some powerhouse acting, particularly from Jacqueline MacInnes Wood and Scott Clifton. Thoughts:

Uh, that’s random.
Carter’s proclamation to Maya that he still had feelings for her seemed incredibly out-of-the-blue, as did Nicole’s little talk with Rick about the importance of making time for one another in a marriage – when she’s an ocean away from her husband. It all just seemed very random, and like filler, though it could be foreshadowing that Rick and Maya will experience marital strife.

Floored.
The big story was Liam’s reaction to Steffy’s explosive revelation that she ordered a paternity test because she had sex with his father, Bill. Both were brilliant in their portrayals, even as the details in the material remained relatively absurd:

Once she found out the paternity she should have shredded the paper,major stupidity for someone who is a CEO???bye Felicia

Liam is literally tripping over his own feet and practically having a stroke and Steffy's like "oh it's our baby, let's move on now honey" ???? #BoldandBeautiful pic.twitter.com/VYdAoQRdsv

I was definitely feeling the heartbreak of the situation as a devastated Liam turned and walked away, leaving Steffy a broken mess on the boardwalk. Liam then headed for a confrontation with Bill, who was fresh off a puzzling exchange with Justin, who patted him on the back for being a good father after learning he’d had sex with his son’s wife. Although the actors did an amazing job of conveying their emotions, Liam did too much cryptic talking in riddles before getting to the crux of the matter, and then was just going to walk out. Bill, desperate for more time to bring Liam around to his way of thinking, then wrestled his son to the ground. Even then, Liam didn’t get aggressive enough for my taste. That said, the tension hung thickly in the air as Liam coldly stated grim realities amid Bill’s pleas. The blood from the sword necklace and Bill wailing, “What have I done?!” verged on being corny/melodramatic, but “B&B” often goes there.

It’s complicated.
In the last Deconstructing B&B, it appeared Thorne would move into Katie’s and change the dynamic, but it seems he didn’t as it was business as usual with Katie and Wyatt, who used his pillow talk time to whine about Bill gifting Liam the cliffhouse and inadvertently revealed Steffy’s pregnancy. Having Katie go over, spot the paternity test, and wind up as Steffy’s confidante was an interesting choice, as it puts her in the position to keep something huge from Wyatt. It’s also probable she will go off on Bill given her reaction to the revelations, and Katie confronting anyone is a guaranteed treat. 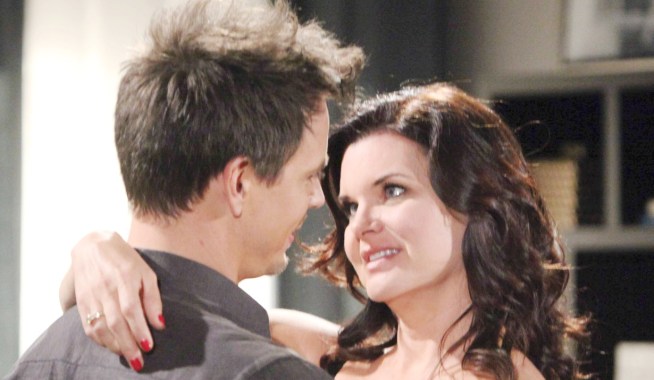 Deconstructing B&B: Katie Changes up the Dynamic for the New Year 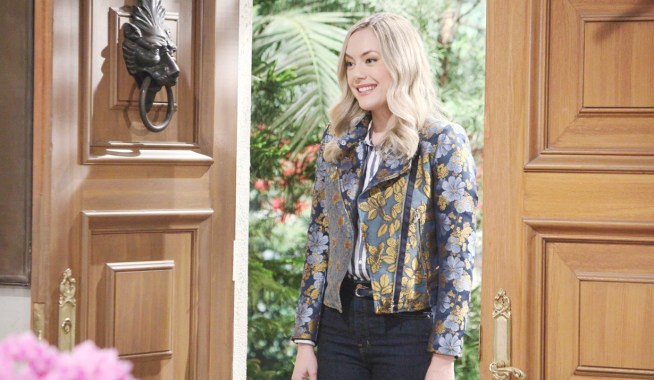