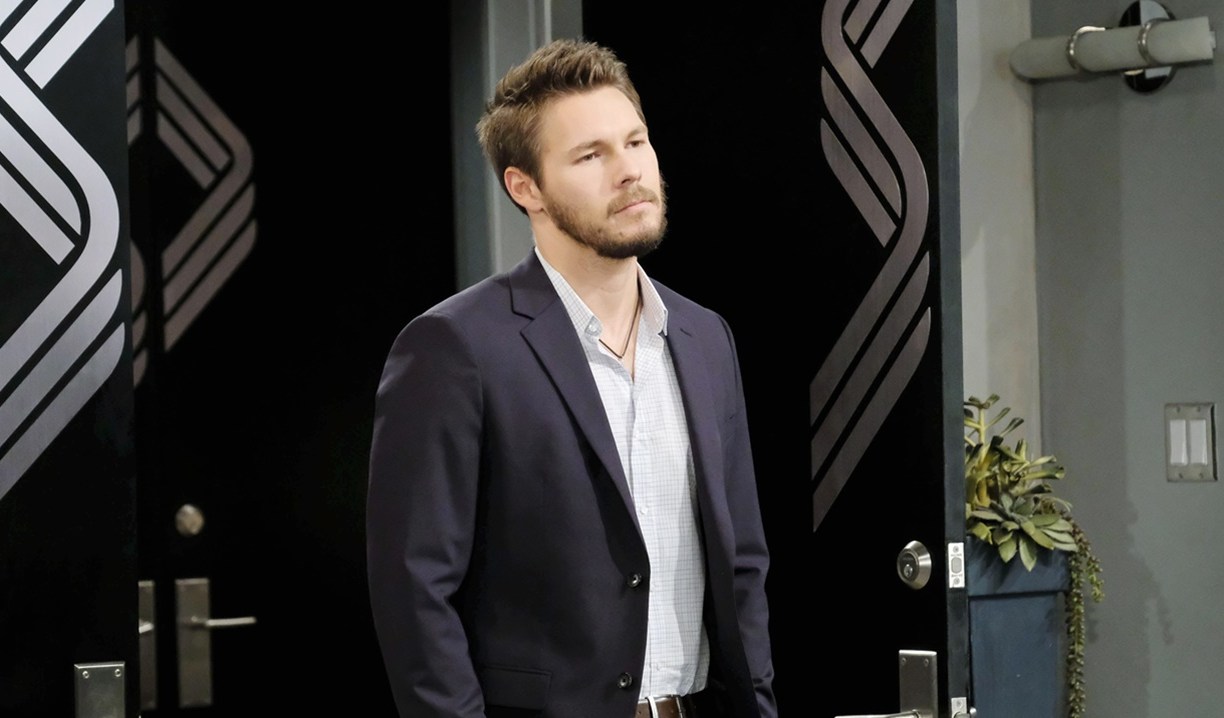 Well, it was a rollicking week of drama with plenty going on (some real, some fantasy), but the powerful scenes between Liam and Bill sort of stole the show. Thoughts:

Upside-down.
In the last Deconstructing B&B, viewers were waiting to see if Liam would expose Bill, and it wasn’t much of a wait. Monday’s episode featured Liam calling all concerned parties into Bill’s office at Spencer Publications and not only exposing his father’s lie about Caroline, but also his role in the Spectra fire. The drama didn’t stop there, as Liam capped it all off by announcing Bill’s ouster from his own company and having him dragged out the door by resident hot dog-muncher, Lt. Baker. Whew! But wait…it turned out this was just a scenario playing in Liam’s mind and not reality, which left some viewers disgruntled. But wait…Liam was so enamored with this vision of his new position of power over his father that he decided to enact a variation of his fantasy after all. Liam left Bill transfixed with fury after confronting him about his crimes, refusing to back down, and demanding he turn over control of Spencer Publications or face prison time. Soapy deliciousness! Not only is it fun to see Liam like this, it will twist up the dynamics for a number of characters and creates a plethora of possibilities moving forward, with the aftershocks and blowback bound to be just as entertaining. I mean, what could Bill take from Liam that would bring him to his knees? Hmm. And what will Wyatt think of all this? Presumably he’s been holed up in Katie’s bedroom all week, so probably nothing could wipe the smile off his face. Hehe. Viewers weighed in on the Liam and Bill drama:

All i can say about #BoldandBeautiful today is ….. Liam

This Liam & Bill stuff is good. Got me watching again. #BoldandBeautiful

Frenemies.
Sally’s been killing me with the emotional aftermath from the fire. First, when she sobbed her heart out over Thomas not being able to stay, and this week in her scenes with Steffy, where she made her apologies and once again showed herself to be a decent human being despite her past transgressions. I love this sort of stuff in soaps; it leaves you torn between loving the rivalry and yearning for them to become besties and braid each other’s hair.

Raise the alarm.
While I don’t mind the tie-in of Sheila manipulating Charlie, it’s a little much that she’s able to blackmail him when all he did was ‘talk’ a little too much at Il Giardino. Anyway, Sheila was hoping for a hot elevator hook up between Ridge and Quinn, but she didn’t get it. A frustrated and pissed off Sheila is never good.

Bye-bye baby.
Maya showed another side of herself this week as she schemed to ship her sister and brother-in-law overseas to prevent further bonding between Lizzie and Nicole. I kind of liked Rick seeing through her smokescreen but going along with it anyway…a good, supportive hubby. And how convenient of ‘Jean Luc’ to have vacated his position in Paris. Hehe. Anyway, this is likely a temporary solution to address Rome Flynn’s departure as Zende.

Friday notes.
Well, they sealed the deal for Nicole and Zende to go off to Paris. Methinks Zende will end up in bed with Sasha again and Nicole will come back alone. It was nice to see Julius and Vivienne pop in! Elsewhere, Liam and Bill’s wives grappled with their unexpected announcements. I’m sure Brooke won’t be the only one who finds something very fishy about Bill suddenly handing over the company to Liam, and I expect it will all come out eventually. In the meantime, I’m guessing Liam will help Sally out as his first order of business. Loving this twist! 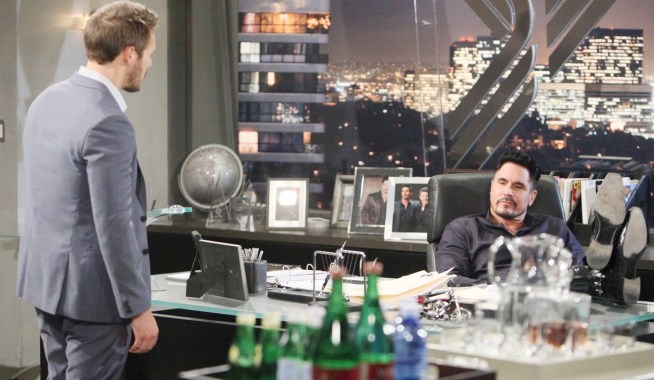 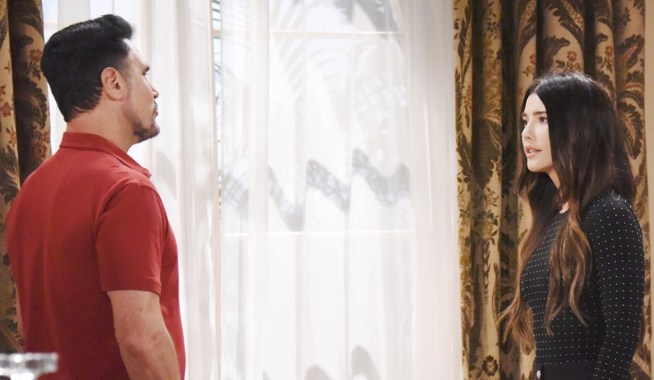