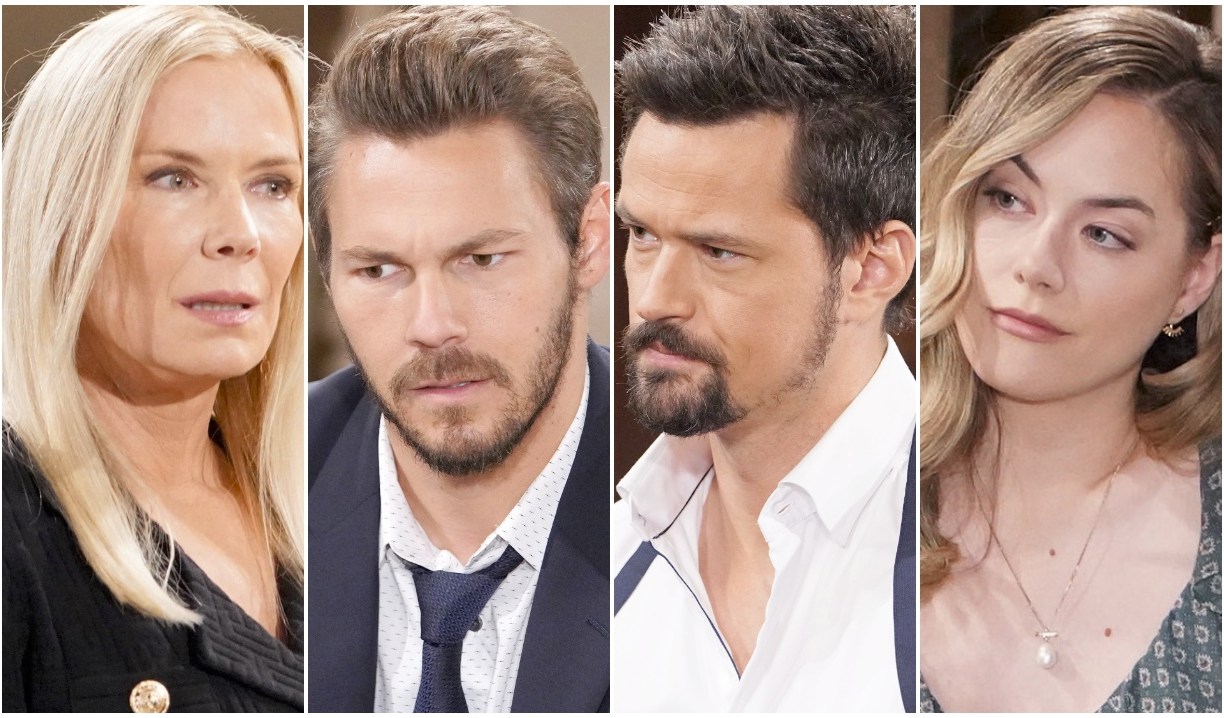 I’m stepping in for our Editor, Richard Simms, this week and I have to say that I’m really hoping for some twists ahead on Bold & Beautiful as the outcome of the current messiness seems entirely predictable… with one possible exception.

I’ve never been so glad to hear someone yell, “Stop!” as I was when Taylor finally put an end to Steffy’s migraine-inducing pleas for her not to give up on Ridge. Not being the person who writes this column on a regular basis, I haven’t had the opportunity to say how disappointing it was to see Steffy regress into this parent trap mess. It makes no sense! Steffy pulled herself out of the same scenario with Hope and Liam and found her true love as a result… why wouldn’t she want that for her mother?!? It would have been more believable if Taylor came back determined to fight for her man and Steffy had pleaded with her to move on.

While it seems obvious that Thomas made the call to CPS using the voice-changer to sabotage Brooke’s marriage and win Hope’s sympathy, there’s still an air of mystery surrounding the situation. There was a scene where Thomas was standing in the office going over the playback of the call in his mind after he learned Ridge had gone to Aspen, and a smug smile at the end would have confirmed that he was the one behind it all… but that didn’t happen. So, there’s still a possibility it was someone else — or maybe that’s just what the writers want us to think for now.

The new development this week was that Thomas is somehow making inroads with Hope but is seemingly oblivious to her growing interest. It was thrown out there that Hope has been staying at Eric’s with Beth for overnights, which came as a shock to her mother — I guess Donna’s falling down on her job of being her sister’s “eyes and ears”. Anyway, as Hope left the office after seeing Thomas shirtless and the two of them touching hands, he casually called out, “I’ll see you tonight at the house” and she replied, “I’m looking forward to it,” whilst giving him an appraising look. So is she actually falling for him, or is she playing him?

If he’s going to be revealed as dark Thomas again, then I’d like to think Hope is playing him — it’s a far more appealing scenario than Liam being “right” again about his too-forgiving wife falling victim to Thomas’ sinister manipulations. I can’t deal with the way Liam talks down to Hope when it comes to Thomas or the way Liam and Brooke talk about her in this situation. They have every reason to feel protective but their tone is condescending. Seeing Hope prove them wrong would be satisfying. That said, I also find the idea of Thomas regressing to be unappealing. What do they do with the character then?

Speaking of going backward, revisiting this whole Brooke/Ridge/Taylor love triangle has gone over like a lead balloon with fans. The outcome, as Taylor herself will tell you, is entirely predictable. Brooke pisses Ridge off, he gets hit over the head with a pine cone, runs to Taylor, and basically proposes… only to end up back with Brooke. This will undoubtedly happen if/when he learns she wasn’t the person behind the CPS call. So what’s the point? I’d have loved to see Taylor stick to her guns and reject him, but that wasn’t going to happen.

All of us know where this storyline leads:

1. Douglas goes back to Hope
2. Ridge will go back to Brooke. #BoldandBeautiful

What would throw a monkey wrench into the predictability of Douglas ending up back with Hope and Liam and Ridge ending up back with Brooke, is if something happened in the meantime that forever changed the dynamics. Like an affair… which the writers have set up, even if they don’t go through with it.

It’s not been lost on viewers that Brooke and Liam have grown closer than ever before. Assuming Logan comes back from Aspen shattered because Ridge has chosen Taylor, might Liam be the one to “comfort” her? Given her history with her daughters’ boyfriends, that’s a hot tamale. If Hope walks in on something it could send her running to Thomas. Alternatively, Liam might turn to Brooke if he sees Hope with Thomas and gets the wrong idea — it’s not like that hasn’t happened before, just ask Steffy. Either way, the groundwork has been laid for some kind of twist in this vein, and if that were to happen, things certainly wouldn’t, couldn’t, just revert back to normal.

I’d like to see some twists and fresh takes. You?

This is just my opinion. Please feel free to sound off on Bold & Beautiful in the comment section below. 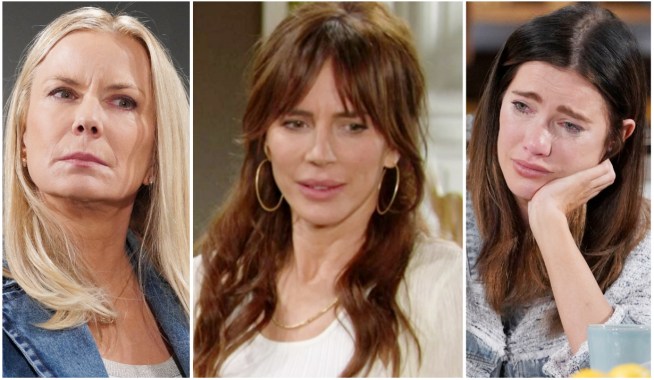 Which Bold & Beautiful Character Was Most Damaged By What Went Down in Aspen? Plus — Will Thomas Be Punished? 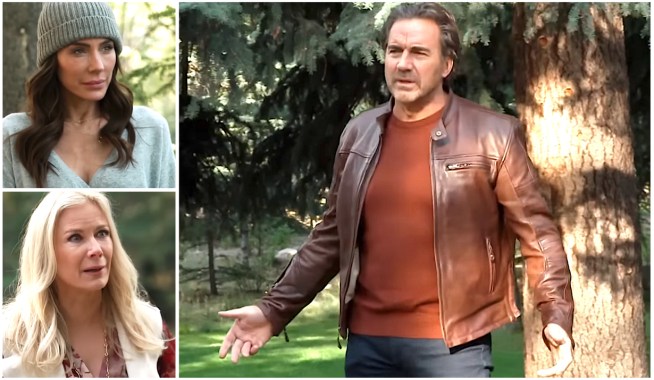