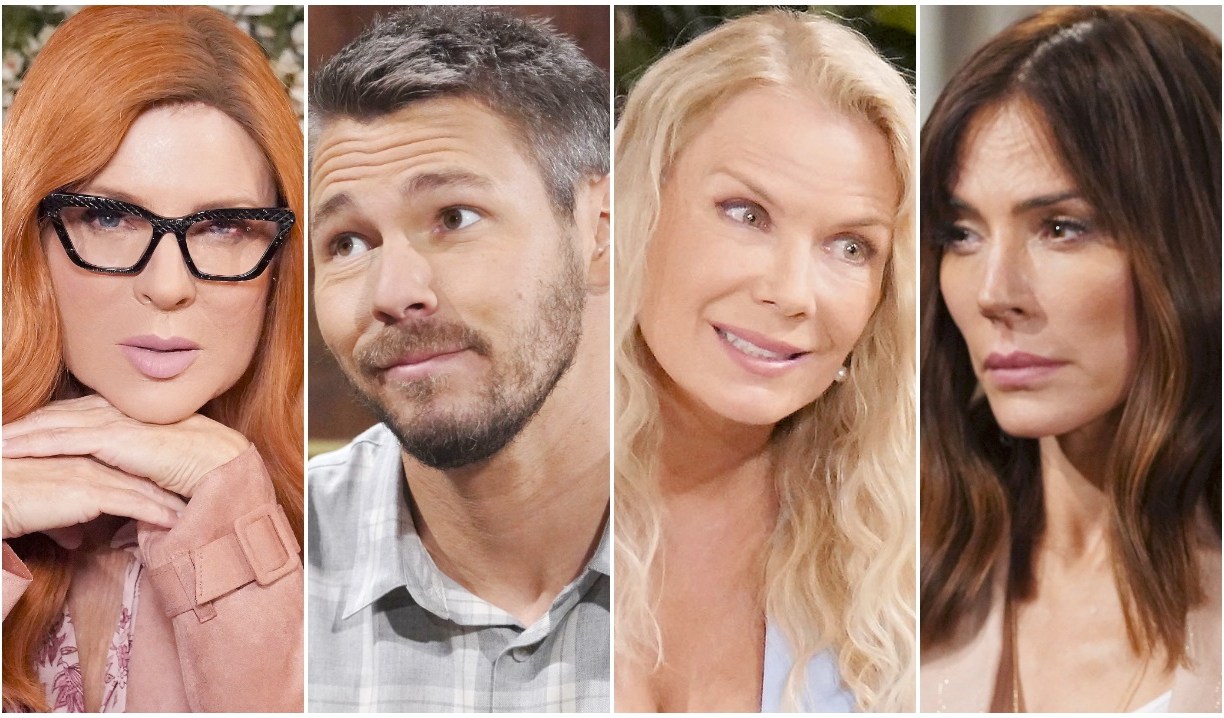 With Soaps’ editor, Richard Simms, on vacation, I (Candace) got to fill in on the soapbox and share my thoughts on the recent goings-on on Bold & Beautiful. Let’s get right to it…

I was on tenterhooks waiting to see what would become of Quinn and “Quarter” on Rena Sofer’s last day on Bold & Beautiful, so was confused when exactly nothing happened. The final scenes between Quinn and Carter were perfectly romantic, and bittersweet given that they were the last between Sofer and Lawrence Saint Victor, who gave us such an unexpectedly sexy and rootable couple that fateful day when she showed up at his loft to talk. Anyway, the way Sofer’s exit went down left most of us thinking, “That was it?” and wondering what will happen with Quinn now?

It was an interesting choice to put a comical slant on the paint fight, which was a contrast to the barbs Taylor and Brooke were exchanging in the lead-up to it. I was really getting into the argument and loving the zingers, so could have done with a little less mirth when it came time to throw down. With that said, you could tell Krista Allen and Katherine Kelly Lang were having fun, so one couldn’t help but be drawn into their vibe. It was pretty hilarious when Ridge came through the door and deadpanned, “Really?!?” but, again, an odd choice to end the fight on one episode and then have it pick up again before his arrival on the next. My favorite part of this whole thing is that they’re finally allowing Taylor to verbally let loose on Brooke. For example, her line to Brooke that as hard as it may be to comprehend, not everything is about her. Yasss! Brooke is formidable and needs an opponent who is able to give it back in kind, otherwise, it’s not enjoyable to watch. If we have to revisit this triangle again (and apparently, we do) at least give the rivalry the same ferocity of Brooke and Taylor’s past clashes.

The more the Douglas drama ramps up, the more I wonder why there’s an issue at all. Don’t they have shared custody? If so, shouldn’t he have been splitting his time between the two parents’ homes in the first place? Why can’t he simply start doing that now? (I know, no drama).

Anyway, the party line is that he has to live full-time with one or the other, which has drawn battle lines between the Forresters and Logans. There have been references to the importance of “blood”, and even Douglas inheriting the Forrester talent, which is curious given that Ridge is actually a Marone. The point is they feel like Forresters because Ridge was raised as though he was blood, which, ironically, should maybe lend them some insight as to how Hope has come to feel about Douglas as his adoptive parent. This makes me wonder if Finn will weigh in regarding Steffy’s rigid stance on the matter considering his bond with Li. Dollar Bill’s put his two cents in as well, firing up Liam’s mistrust of Thomas, which is only going to inflame a situation that Hope and Thomas might otherwise have settled on their own given how fair they’re trying to be with one another. Didn’t Liam ask Thomas to look out for Hope and the kids when he was in jail? Liam is literally the younger, less gruff, but equally infuriating version of Ridge, who is currently being an over-the-top ass about Deacon. With that said, I really hope they’re not going to make Thomas obsessed with Hope again. Like, really.

Next steps in the Douglas custody chaos? Taylor and Brooke demand Ridge pick a side. Something tells me he’s not going to be any better at this than he is at choosing between them!

Too Much of a Good Thing?

There is such a thing as “too much of a good thing”, which is why I’d have been fine with the Sheila character being rested for a while after her supposed death and the gross toe as evidence (too much of a bad thing?). Fans are beginning to characterize her story as “ridiculous”, which is a sure sign they’re tired and it was too quick of a turnaround.

I hate that they’re going to ruin Deacon with this ridiculous Sheila storyline. #BoldandBeautiful

Sending Sheila offscreen for a while would have left her open for a shocking return down the road and provided an opportunity for others (like Quinn) to get a storyline. It also would have left Deacon open for a relationship, perhaps with Taylor, which some viewers would have liked to see, as it would have been something fresh. “Shecon” is a very entertaining duo, but the idea of Deacon getting to “win” for a time is compelling and plays the leading man side of the character fans love. If he’s always screwing up and being his own worst enemy, it gets old. Here’s hoping there’s a plot twist ahead for Deacon that will free him from this mess. As for his counterpart, she’s clearly feeling emboldened and deluded, a combination that is sure to create big trouble. Will Sheila actually go so far as to enact this chilling scheme to get close to Finn?!? 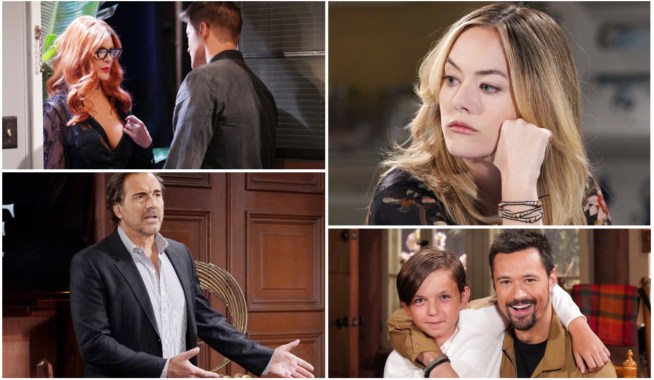 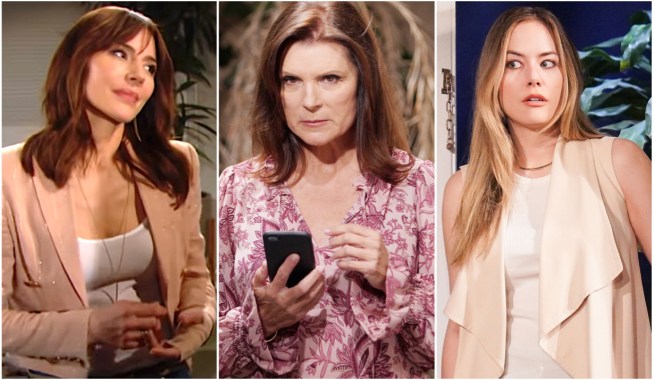