Deconstructing B&B: The ‘Sky’ is the limit…and the missing link 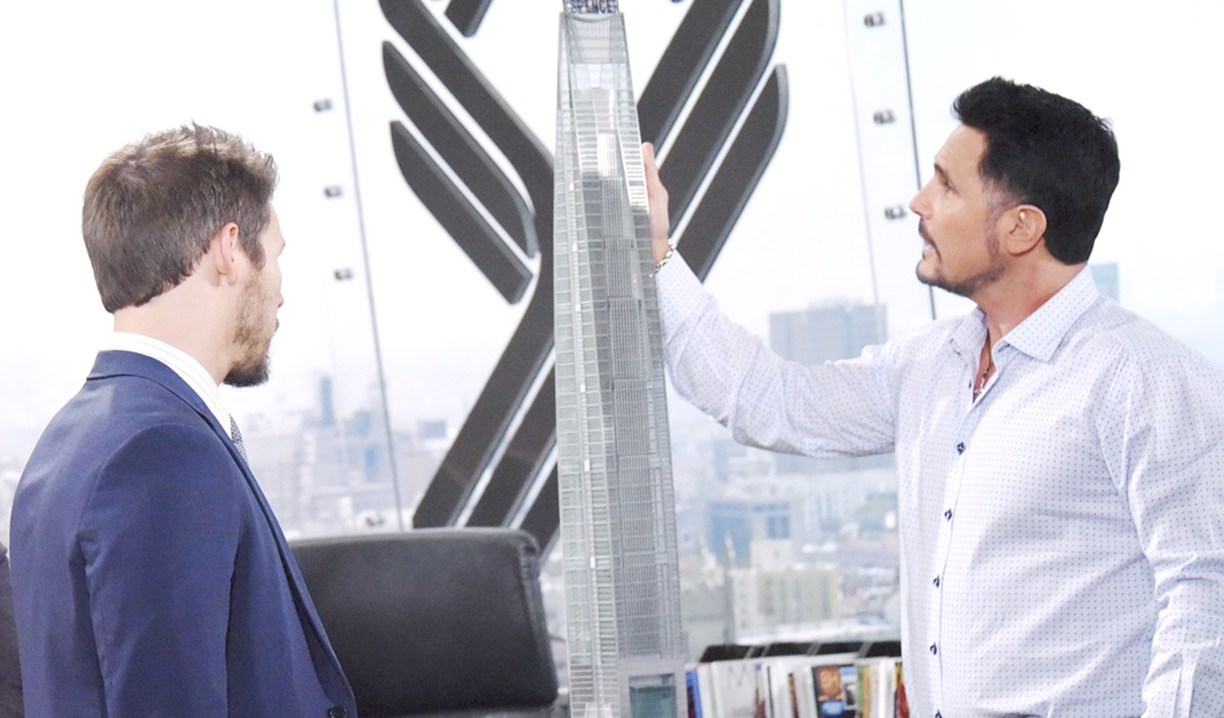 There were basically two focuses this week; Eric/Sheila/Quinn and Bill’s lie. Both had some aspects that left viewers frustrated as we watched the scenarios play out. Thoughts:

Playing with fire.
While it’s always brilliant to watch Sheila slowly ensnare someone like a cat with a mouse, not to mention taunt her rival, there’s also an element of having seen it all before and knowing how it will go, and that means there is also a level of frustration with the character being ensnared, given that they’ve lived it before and should know better. Doesn’t it feel like Eric has blinders on? Considering Sheila choked Quinn out with a fireplace poker, shouldn’t he have had her checked out, or be concerned about her safety rather than playing right into Sheila’s hands by moving her into the house? Come on, Eric!

Eric has known about Sheila's antics longer than Quinn. Have you become senile?#BoldandBeautiful

There is nothing wrong with Sheila! Oh Eric WAKE THE HELL UP #boldandbeautiful

As it turns out, there may be a teeny bit of hope for Eric yet, as he had the wherewithal to bring in Dr. James Warwick (Ian Buchanan), which threw a major obstacle into Sheila’s pathway to having her portrait installed over the mantle. It’s a nice twist, even if we still want to smack Eric for being so easily taken in.

More: Darla Einstein and other unforgettable characters on soaps

The sky’s the limit.
As mentioned in the last Deconstructing B&B, Bill’s threat against Liam raised the stakes for fallout from his big lie. Given that I presumed this lie would cause more tension between Liam and Steffy than Liam and Bill, it was an interesting way to go. Their little dance of good and evil usually has me rooting for Liam to do the right thing, and this time is no exception, though it will be sad if Bill follows through and disowns the guy. I only wish they’d explain why this skyscraper is more important to Dollar Bill than his own son – truly the missing link here – and it’s also been aggravating for Caroline to repeatedly declare that the charade is over and then let it go on.

More: Rome Flynn posts about his exit as B&B’s Zende

Friday notes.
It’s amazing to see Dr. James Warwick again. Too bad he’s back with a nasty pill habit so his attempt to shut down Sheila’s agenda was foiled by blackmail. Darn! I loved Brooke’s expression when Eric told her he had Sheila tucked up in the guest room, hehe. “What the hell, Eric?” With the premise for Sheila staying being ‘keeping the incident private to protect Quinn’, I once again wondered why Quinn’s throat wasn’t riddled with bruises so she could plead self-defense. Details! Across town, Steffy’s conversation with Bill was foreshadow-y as all get out. Of course Liam’s going to end up telling Sally the truth at some point. The question is will Bill follow through on his threats, or do something even worse to ensure he gets his way. Yike. Once again, it’s frustrating that we don’t understand why ‘Sky’ is more important to Bill than family. I missed Wyatt and Katie this week…yep, actually missed Wyatt! Hehe.