Bold & Beautiful’s Liam Is Going to Cost Steffy Her Not-So-Dead Husband — Plus, May Sweeps Winners and Losers 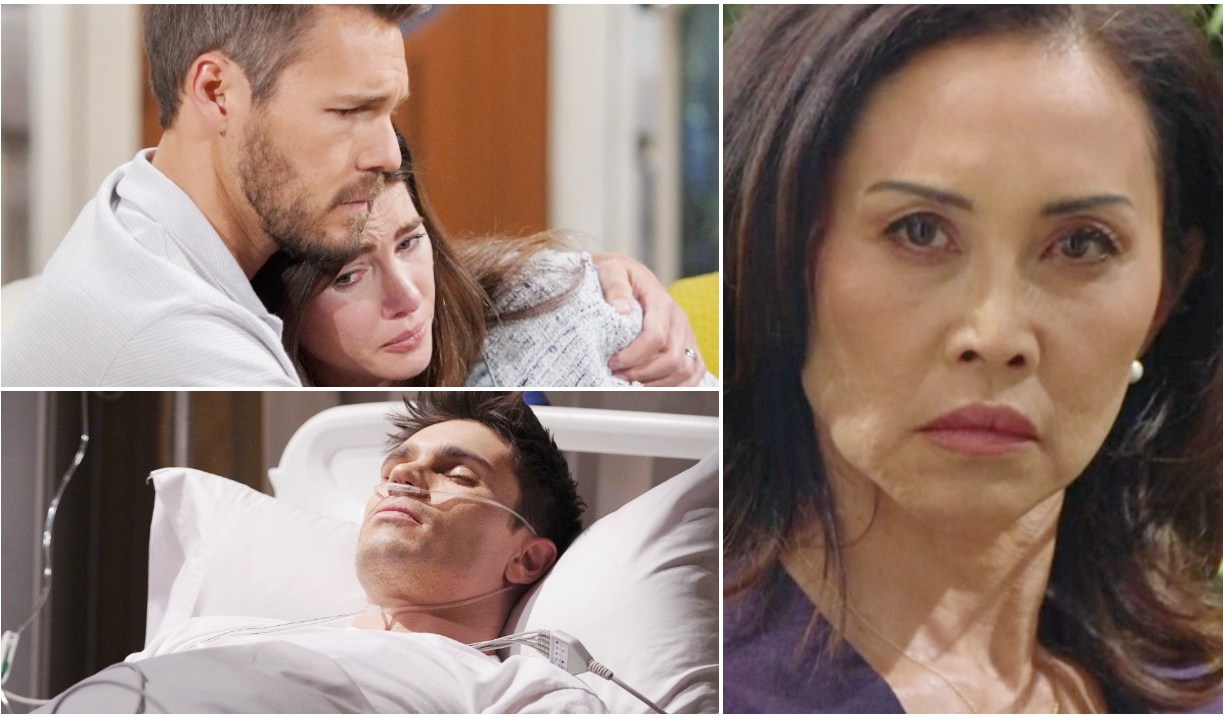 This week’s episodes of The Bold and the Beautiful started with a bang as we learned that Finn was alive and kinda sorta being held hostage by his mom. But did the rest of the week live up to that promise? Read on and we’ll discuss not only what went down but how the show did during May sweeps as a whole.

A lot of viewers — me included — were pretty sure Finn was alive even before the show let us in on Li’s big secret. But as is often the case with a well-done reveal, the big moment really worked. Why? Because sometimes, there’s nothing more satisfying than slapping your hand on the table and shouting, “I knew it!” 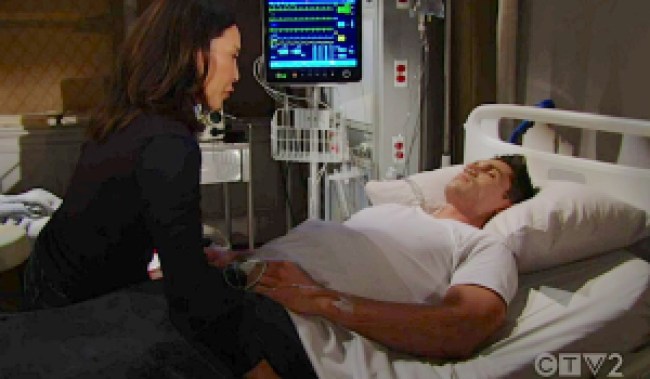 Does insurance cover home care for a supposedly dead son?

I’m a huge fan of Li’s portrayer, Naomi Matsuda, so this particular twist really excites me. That look Li gave after peering through the window and seeing Steffy being comforted by Liam? Chilling. I haven’t seen that kind of judgment on a mom’s face since my own glared at me for chowing down an entire box of her “weight-loss candy” when I was a kid. (Essie had the last laugh, though, given what those things did to my stomach over the next few days!)

I love Brooke, but when she suggested that Hope saunter over to Steffy’s place and “help” by caring for Kelly, I wanted to smack her. She wasn’t looking to make Steffy’s life easier, but rather thinking the move would keep Liam home and prevent him from providing his ex-wife with the kind of emotional support that usual comes with a “bow-chicka-bow-bow” soundtrack. 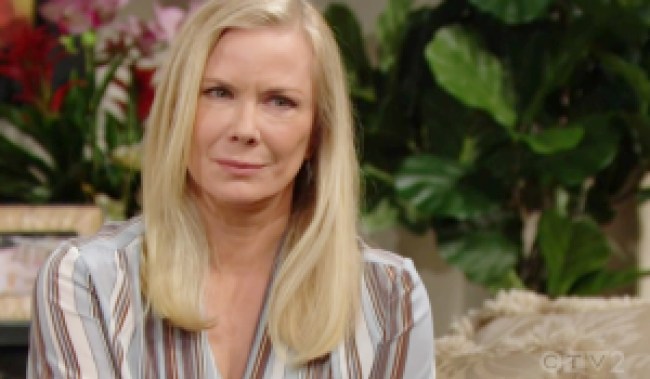 This is Brooke’s “Sure, they won’t hook up behind your back” face. Get used to it, ’cause she’ll be making it a lot moving forward.

Kudos, however, to Hope for essentially putting the brakes on her mom’s plans. Is she being a little bit naive, given the history at play? Perhaps. But Hope took the high road, and that definitely deserves props.

Meanwhile, anyone with eyes could see exactly what had Li so worked up. She probably doesn’t know Liam and Steffy’s history as well as the rest of us, but even she didn’t need a Magic 8-Ball to know the answer to the question “Will these two hook up again?” is “You may rely on it.”

What’s interesting to me about this new twist on a tale told many, many times is this: What happens when Finn wakes up? Li clearly thinks Steffy is bad for Finn, blaming her for every bad thing that’s befallen him. Just how far is Li willing to go to keep them apart? Might she manipulate situations in order to push Steffy back into Liam’s arms, then say to her newly-awakened son, “See! She’s not worthy of you!”

At this point, Grace’s logic makes no sense. “I don’t want you to struggle the way I struggled,” she told Paris, as if Carter is some down-and-out guy as opposed to the CFO of a major corporation. Heck, while Zende may be a Forrester, his career as a designer is probably a lot less stable than Carter’s. Fashion trends come and go, but people always need someone to keep the books. 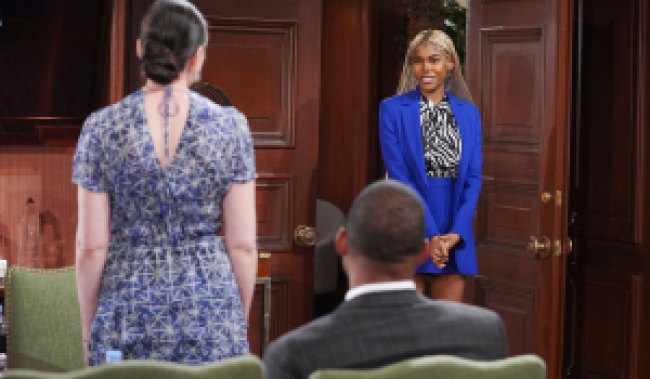 Wisely, Quinn knew better than to turn her back to Paris!

Friday we got to see Paris’ feisty side. First, she tried to put Grace in her place, then she went down the hallway to butt heads with Quinn. This version of Paris I can totally get into. For the most part, the character’s been written as sweetness and light which is, frankly, boring. But a young woman having the nerve to trash talk Quinn… to her face? That’s a character I want to see more of.

It was the best of times. It was the not-quite-worst, but certainly most predictable of times. That’s how I’d sum up Bold & Beautiful‘s sweeps period. We got big surprises (Eric’s cheating with Donna!), long-awaited revelations (Brooke knows why she drank!) and oh so much repetitive dialogue. But let’s take a quick look at the month’s highlights, shall we?

• Most Inventive Cover Story: Wait, when my aunt — who is right around Eric’s age — says she’s “off to play pickleball,” is she actually meeting up with some young stud? #GoForItAuntEleanor 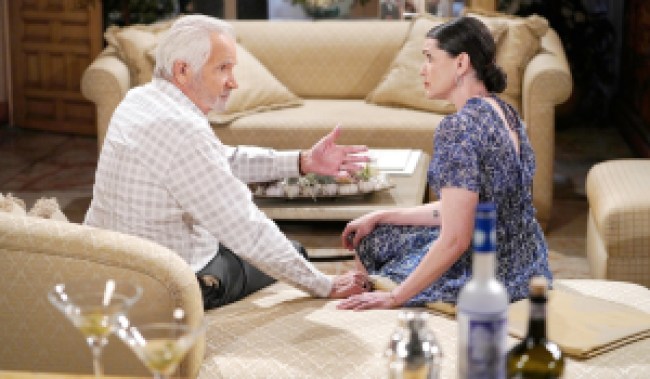 • Most Meme-Worthy Line: Ridge saying of Sheila, “Shut up! I can not listen to that voice any more!” As a gif? *Chef’s kiss*

• Shortest-Lived Friendship: Sheila’s lucky that once the truth came out, gal pal Taylor didn’t take her back up onto the hospital roof and push her off!

• Most Missed: The few glimpses we got of Bill left us wondering why someone we consider to be one of this soap’s top-10 characters of all time has been sidelined.

• Least Logical Absence: Given everything Brooke’s going through, how has Katie not been there for her sis? It ain’t like she’s got anything better to do. 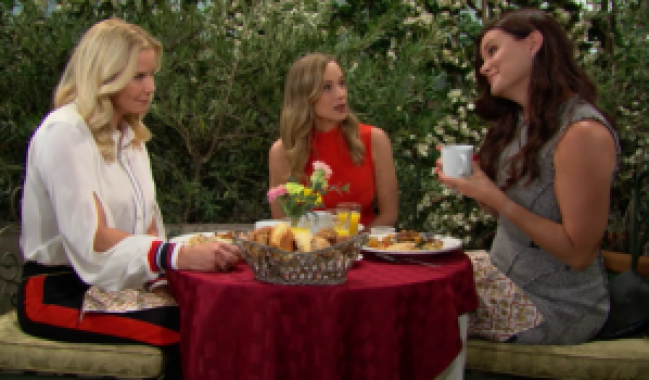 More: Krista Allen is ready for Taylor to fight dirty

• Biggest Tease: It’s certainly starting to feel as if we’re heading for a Carter/Quinn reunion, right? I’d bet my bottom “Quarter” on it… and am totally not mad at it.

• Most In Need of Therapy: The fact that World Renowned Psychiatrist (Patent Pending) Taylor still doesn’t know she deserves better than Ridge is troubling at best.

As we head into Memorial Day weekend, join us in reflecting on the soap stars we’ve lost during the first half of 2022. 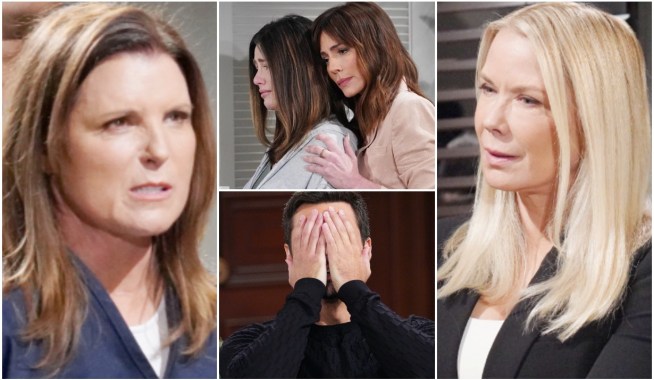 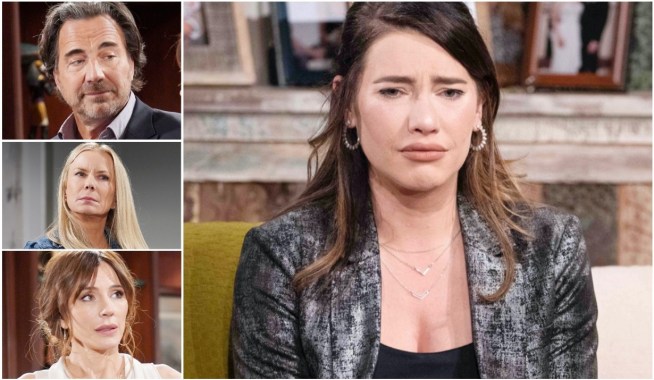