Sheila’s Warning on Bold & Beautiful Doesn’t Bode Well For Thomas — Plus, Who He’ll Share the Secret with First 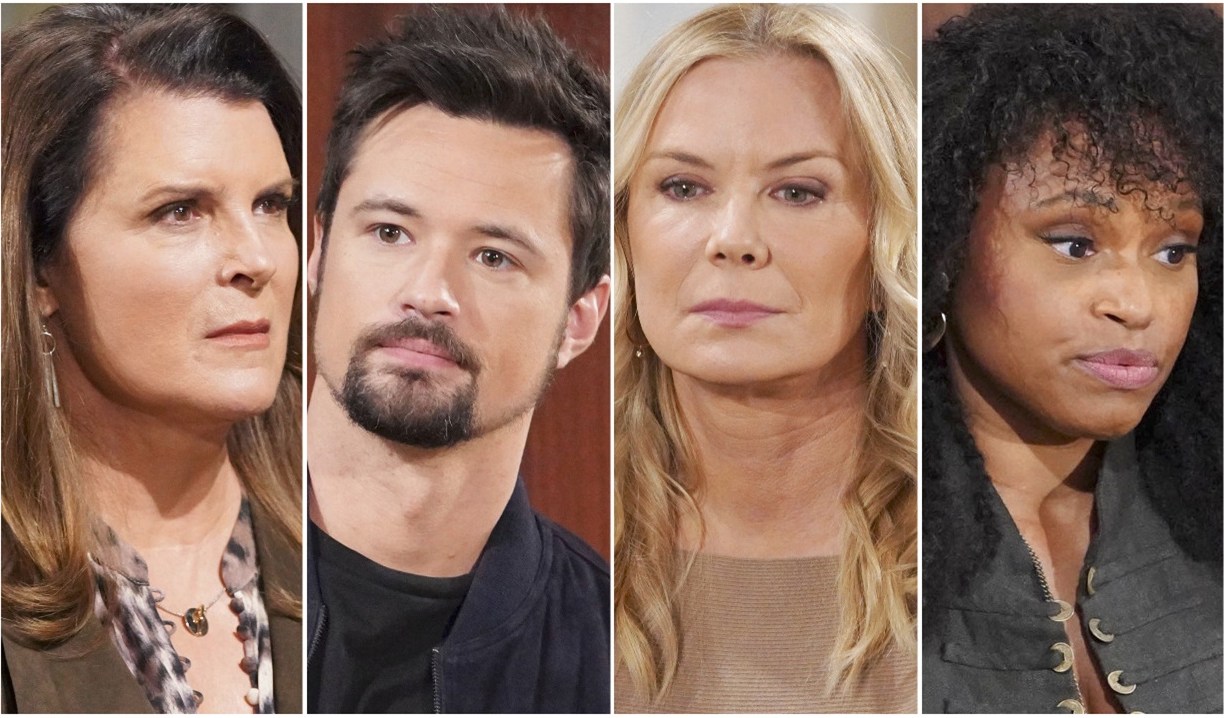 Bold & Beautiful went pretty heavy on the repetition this week as each character adopted a mantra of sorts — Brooke can’t understand what made her drink, Thomas feels what Sheila did was wrong, Sheila needs Thomas to keep her secret, Steffy thinks her parents deserve this happiness, and Grace and Carter want Paris to have the man she deserves and that is Zende.

Grace Buckingham has all the subtlety of a jackhammer with this bid to marry her daughter off to a Forrester. It’s a wonder Zende hasn’t accused her of being a gold-digger because that’s the only plausible reason she could be this hellbent on her mission. They’re playing him as clueless, but at least he pointed out that she barely knows him. Carter, meanwhile, is shaking in his athletic trainers at the prospect of being outed for sleeping with yet another Forrester man’s woman… even though Paris isn’t really with Zende. In fact, why doesn’t she just break up with the guy if she’s in love with Carter? Stringing him along is not a good look. It appears as though everyone will try to push Paris into accepting Zende’s proposal — Carter included — after which they’ll actually be doing something wrong if they keep seeing each other. This might be an okay love triangle if Zende had some mojo and Grace had a decent reason to loathe Carter (he was the one who was hurt by Zoe, not vice-versa), but as is, it just comes off as ridiculous.

Why do I feel like Brooke made this grand gesture of “letting Ridge go” just so she could backtrack later and launch into the umpteenth love triangle with Taylor? I’m not feeling the tug-of-war this time for a couple reasons. One, Taylor is being way too nice, which just isn’t fun. Two, the writing is so clearly on the wall. Ridge wants Brooke and the minute Sheila’s machinations come to light he’s going to seize on that as a reason to go back to her. Taylor doesn’t really stand a chance, so what’s the point?

I love the idea of Thomas and Sheila interacting, but man… he should have told someone — anyone — what she did right away. Sitting on this news for even five minutes is going to translate into him being in cahoots with her or hiding the information to get revenge on Brooke for refusing to forgive him in the past. That aside, I think he will tell someone, but it will probably be Steffy, who will talk him into staying quiet and drag it on longer. Something that stood out this week was Sheila’s warning to Thomas to take the secret to his grave. Might she want to ensure that he does exactly that? If Sheila fears Thomas is about to talk, he may find himself in the crosshairs of a very deranged woman!

This is just my opinion. Feel free to join the conversation below, but first, don’t miss 75 eye-popping soap star photos in the gorgeous mega-gallery below.