Is Bold & Beautiful’s Carter/Quinn/Eric Triangle Great Soap, Deeply Problematic or Both? Plus, What’s Up With Sheila’s Vanishing Act? 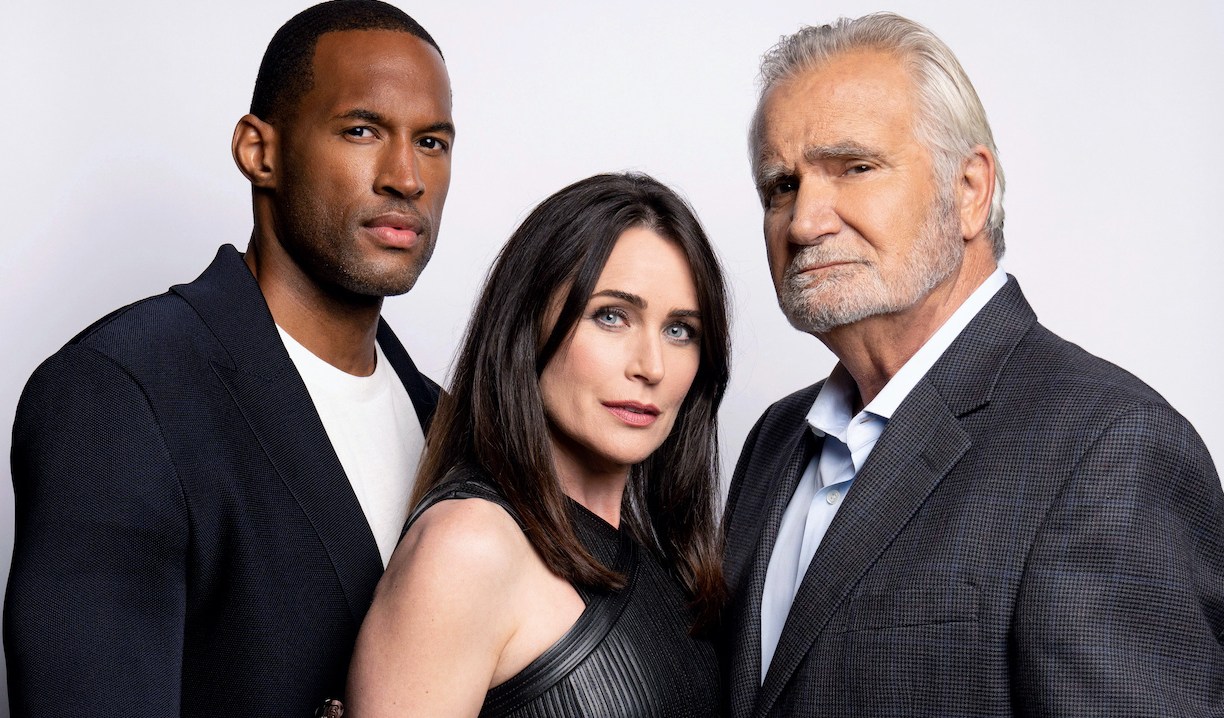 This week, The Bold and the Beautiful stirred up a whole lot of conversations as Eric pushed Carter and Quinn to have sex. Some were shocked that the show would wander into such potentially controversial territory. Others suggested that with endlessly repetitive dialogue and flashbacks, the writers had managed to craft a story about sex that was less titillating than Pam and Charlie’s love life. And then there were the racial undertones of the story, which were troubling at best. Why? Read on…

In theory, the idea of Eric wanting to prove his love for Quinn by allowing her to satisfy her sexual urges with another man sounds like exactly the kind of thing I’ve been wanting to see soaps do for years. It’s modern, edgy and deals with sex in a way that few daytime dramas dare but, in my opinion, all should. 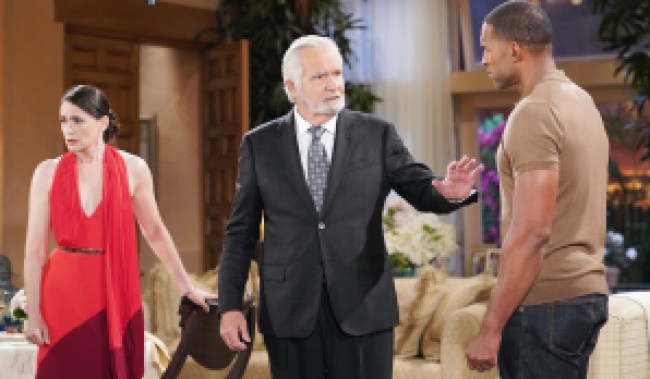 But there’s another level to the unfolding story that strikes an unsettling chord, especially with viewers of color. Because what’s happening on screen is that a wealthy white man who is in a position of power over a Black man is using his employee to keep his wife sexually satisfied.

More: Rena Sofer is seeking the help of all furbaby fans

I fully admit that I am a fan of the story and have been from the start. Carter and Quinn’s relationship — much like the one she shares with Eric — caught me by surprise. Rena Sofer and Lawrence Saint-Victor have killer chemistry, and some of John McCook’s performances have been heartbreaking. Plus, soaps are often at their most entertaining when they focus on forbidden love affairs. I had issues with the story — especially the pacing and Eric’s out-of-nowhere decision to halt the divorce — but overall, I’ve loved it.

But that’s watching only as a soap fan. Looking at the bigger picture, there’s an undertone at play here that can’t be ignored. As Donald Peebles Jr. pointed out on Twitter, “Carter is being propped as the Black Mandingo buck whom Eric is ordering… to sexually satisfy Quinn. The story is problematic as [hell]. This story has racist slave overtones. There is a lot of unconscious bias operating here.”

More: The woman who could help ‘cure’ Eric

It’s probably safe to say that most viewers are not watching the soap through that same lens. But once it’s reframed from that perspective, it’s hard not to see exactly what Peebles and others are referring to.

Mandingo was definitely the first word that popped into my head. We will see where this goes but it’s utterly tone deaf at the moment.

It probably doesn’t help matters that this soap in particular has not had the best track record when it comes to diversity of any kind. Although set in the fashion industry, there’s not a gay Forrester Creations employee to be found. And despite being a wildly popular character, Maya — who was both Black and transgender — was written out with next to no explanation. 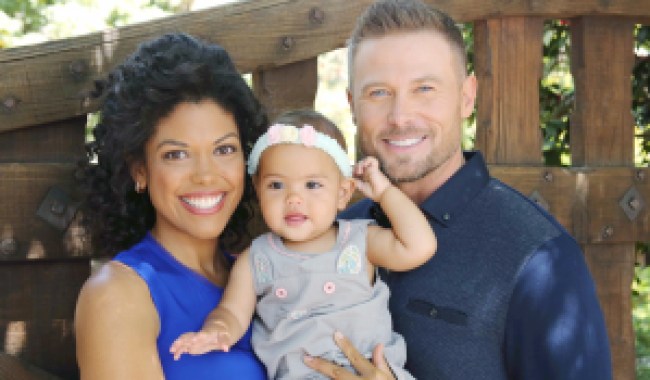 I’m still enjoying the Carter/Quinn/Eric triangle, but I can’t deny that I’m now seeing it in a new light… which is a good thing. While I’m pretty willing to bet this isn’t the conversation the soap hoped to start with this story, it’s one well worth having.

What Else Ya Got?

If you’re a regular reader, you know that one of my big pet peeves with this soap is how rarely it plays two stories in the same episode. In my mind, this week they were almost criminally negligent in that regard. Why? Because last Friday’s episode set in motion the controversial Eric/Quinn/Carter story, which was obviously going to get people talking. It would have been safe for them to assume that on Monday, new or lapsed viewers might have tuned in to see what all the fuss was about. 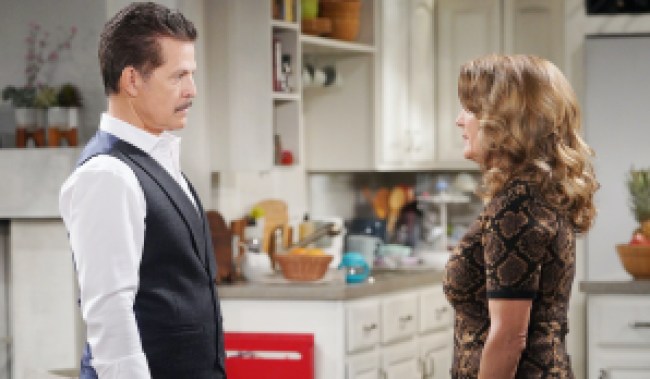 My argument for two stories in every episode has always been pretty basic: If viewers aren’t interested in the A story, they’ll (hopefully) be into your B story. (If they aren’t invested in either, then you have bigger problems on your hands.) But damned if Bold & Beautiful didn’t practically ignore the Sheila story all week. Sure, we got mention of her in passing, but the iconic villainess didn’t appear on screen once. 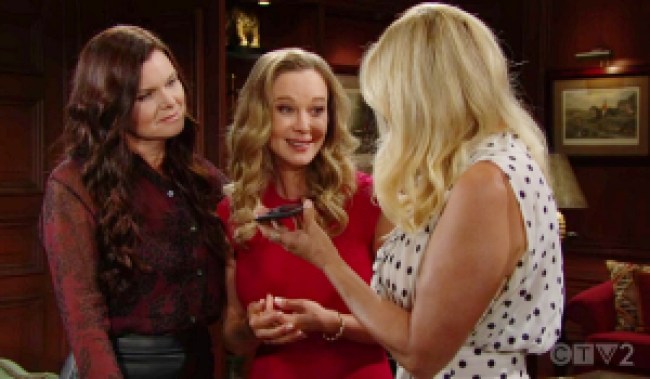 Instead, we cut from Carter/Quinn/Eric to other people talking to or about the trio. The scene in which Brooke and Katie encouraged Donna to pursue a married man was disturbing on several levels, as was the one in which Ridge talked about his and Brooke’s sex life to Eric — who’d once been married to her!

At least on Friday we got Paris fantasizing about Finn. Not exactly earth-shattering stuff, but it was something other than Brooke and Ridge repeating their same Quinn-bashing lines so often that Eric at one point literally said, “This conversation is boring me.”

• “She has proven that she can’t be trusted, over and over again. She does something that’s unforgivable, and you forgive her. You take her back, things are fine for a while, but then she does something else.” Quick… was that Brooke talking to Eric about Quinn, or Stephanie talking to Ridge about Brooke? While it was the former, it easily could have been the latter.

Ridge and Brooke need to but out already. Eric is a grown ass man, and what happens in his marriage to Quinn is none of their business. Seriously, it’s not like Brooke and Ridge have never cheated on each other before.

• Why is Paris living in Steffy and Finn’s house? We now know that they have a guest house. And while Finn was temporarily exiled to the chic cottage, now that he’s back in Steffy’s bed, shouldn’t Paris be out there? It makes absolutely zero sense for her to remain in the main house.

I’ll be interested to hear your thoughts on this week’s episodes, so hit the comments section below. Then, check out this gallery featuring then-and-now shots of your favorite Guiding Light stars, a few of whom will definitely also be familiar to Bold & Beautiful viewers! 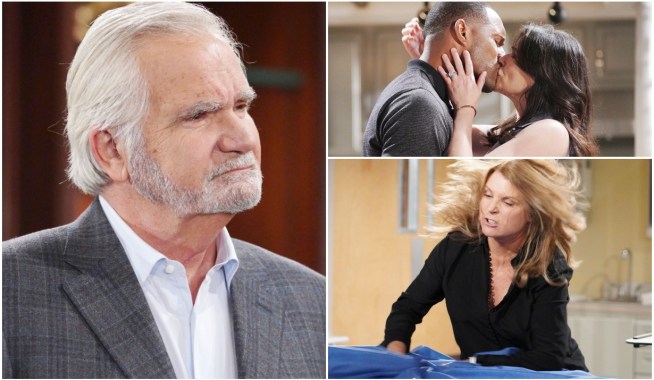 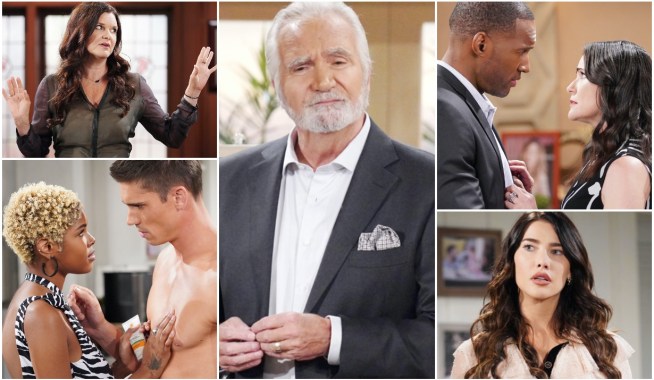