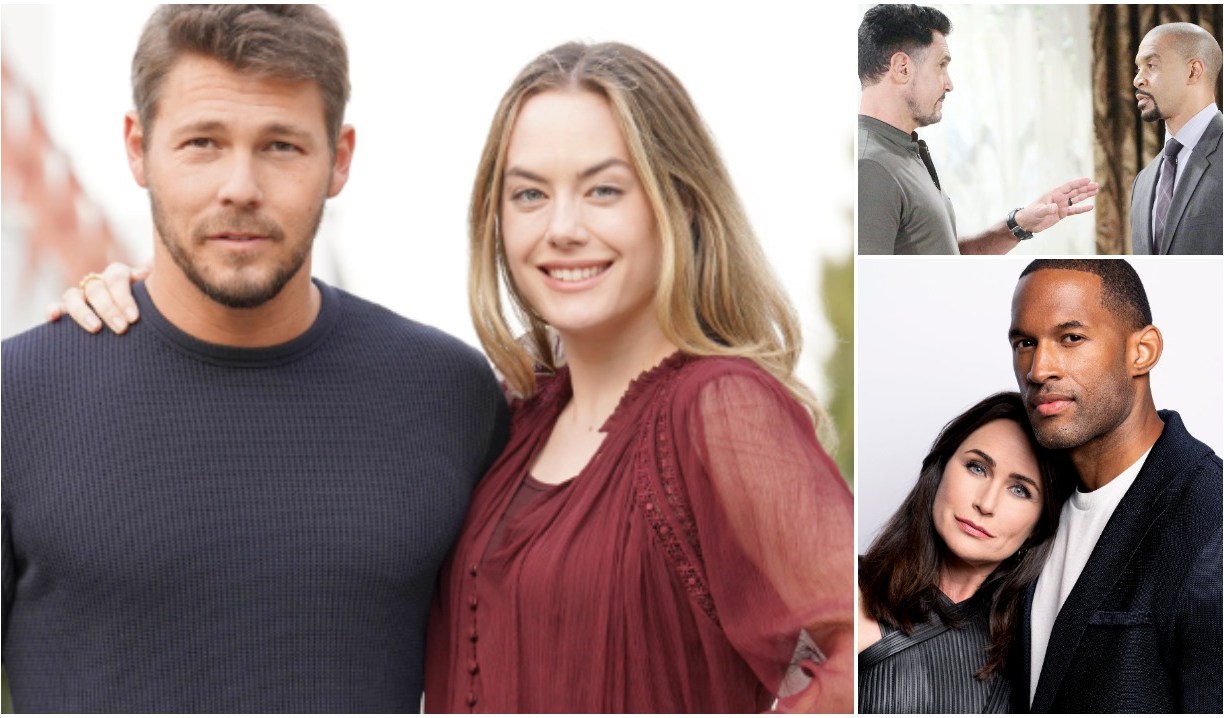 This week finally saw The Bold and the Beautiful wrap up the Poor Dead Vinny saga by basically giving Liam and Bill a pair of matching Get Out of Jail Free cards. The show also sent Zoe packing, rewrote Zende’s history, gave Carter the most ludicrous of assignments and set in motion what could be the most exciting rivalry this soap’s had since old-school Sally and the late, lamented Stephanie. Obviously, we have a lot to discuss, so let’s get to it!

When Bold & Beautiful‘s writers decide they’re done with a story, they are done with it. Forget logic, forget pacing, just wrap that puppy up and send in a replacement. So in a downright silly series of scenes, Liam’s name was cleared, Hope chased down the bus transporting him to a maximum-security prison (for no good reason and, we have it on good authority, in violation of several California laws), and Liam was instantly set free, as was dad Bill.

Remember that insurance commercial from a couple years ago (posted below) in which an elderly woman “shared” her vacation photos not by posting them to Facebook but by taping them to her wall? As the scenes with Liam unfolded, the Internet, pretty much in unison, shouted the famous line from that advertisement: “That’s not how it works. That’s not how any of this works!”

Completely ignored in the rush to wrap this mess up? How the video was sent, Bill destroying and/or disposing of evidence (including his car), the fact that Vinny was still alive yet the Spencer men did nothing to help him… need I go on?

Time For a ‘Lope’ Break

At this point, I think I speak for the vast majority of the audience when I say it’s time for Liam and Hope to spend a bit of time on the backburner. This is not in any way, shape or form a diss of Annika Noelle and/or Scott Clifton, who’ve done an admirable job of shouldering the vast majority of this soap’s plots for nigh on three years. But it’s definitely time for Liam and Hope to become the people who talk about other people’s storylines (which is Bold & Beautiful‘s way of sidelining characters). 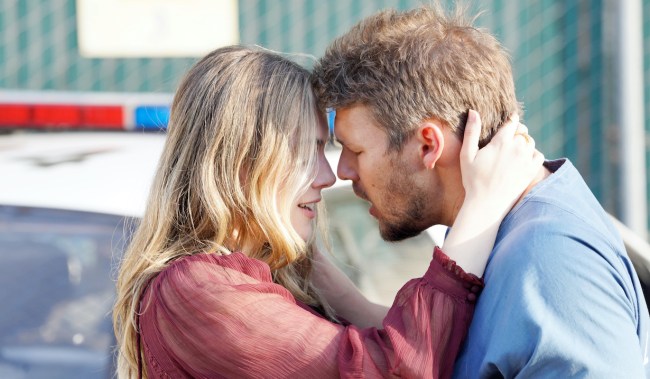 Oddly, I was psyched about the Liam story I thought the show was about to tell, as I mistakenly believed they were going to “borrow” a storyline I’d loved on The Edge of Night. In that tale, wrongly convicted Draper was being transported from one prison to another when the train on which he was traveling derailed. Due to a string of circumstances, he was assumed dead while actually suffering from amnesia and starting a new life in a nearby town. Meanwhile, widow April found herself falling for her husband’s best friend, Logan.

When Liam got on that bus, I thought we were headed down that same route and got excited. Liam could meet a new woman (setting up his next triangle) and Hope would, of course, find herself falling for the new-and-improved Thomas. When Liam eventually resurfaced, Thomas’ dark side would re-emerge to prevent them from reuniting.

Yes, it would have been another Liam/Hope-centric story, but it also would have introduced new characters and been something a little different for the soap. Since that’s not happening… yeah, I’m good with them sitting things out for a while. And the timing couldn’t be better, given that there are several good stories either unfolding or, with the upcoming introduction of Finn’s parents, ready to take center stage.

Deal With the Devil

It’s almost impossible to understate how much I’m loving the Bad Justin story. For one thing, it makes sense to me in a way few stories on this soap have of late. Unlike Quinn and Zoe’s insta-friendship, we have seen Justin and Bill’s bond over the years. The attorney snapping may have been a tad sudden, but it’s not entirely unmotivated.

The performances by Don Diamont and Aaron D. Spears when Bill lashed out at the “blood brother” who had betrayed him were phenomenal, and the script gave them meaty dialogue to sink their teeth into. “I’m hoping that you, with all your flaws, you can recognize an honest and earnest apology that I am giving you and somehow, some way find a place in your heart to forgive me,” pleaded a truly contrite Justin. 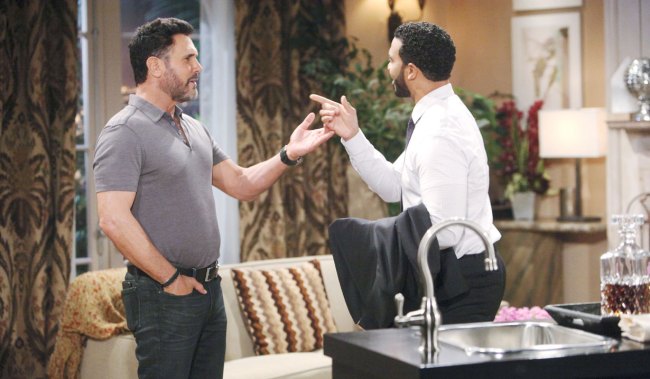 “You’re dead to me,” responded Bill… beautifully setting up the scenes in which Justin, proving just how well he knows Bill, went to his former friend’s biggest enemy and struck a deal. Again, it made sense, as the bargain keeps Justin out of jail (and on the canvas) and plays into the long-established narrative that Bill and Ridge despise one another.

I honestly can’t wait to see where this story goes.

When Eric told Carter that in order to earn the Forrester family’s forgiveness, he had to stay away from Quinn, we all knew it was only a matter of time before the illicit lovers would be drawn back together. And this being Bold and Beautiful, “a matter of time” meant an episode or two.

But as several viewers pointed out on Twitter, this soap — which often seems to use a moral compass which stopped functioning somewhere around 1958 — has a bad habit of pillorying women in these situations while slapping men on the wrists. In this case, Quinn is banished from the empire and branded a wanton slut while Carter is the good man brought down by her wicked ways.

The same scenario played out when Ridge ran off and married Shauna. Brooke forgave her husband because he was manipulated by Quinn and her bestie. But long before Ridge and Shauna got drunk in Vegas, he’d been cozying up to her, so he wasn’t exactly an innocent victim of a grasping female. And for years Stephanie railed against Brooke for sleeping with every man in the Forrester family as if said men had been powerless to resist her temptations. 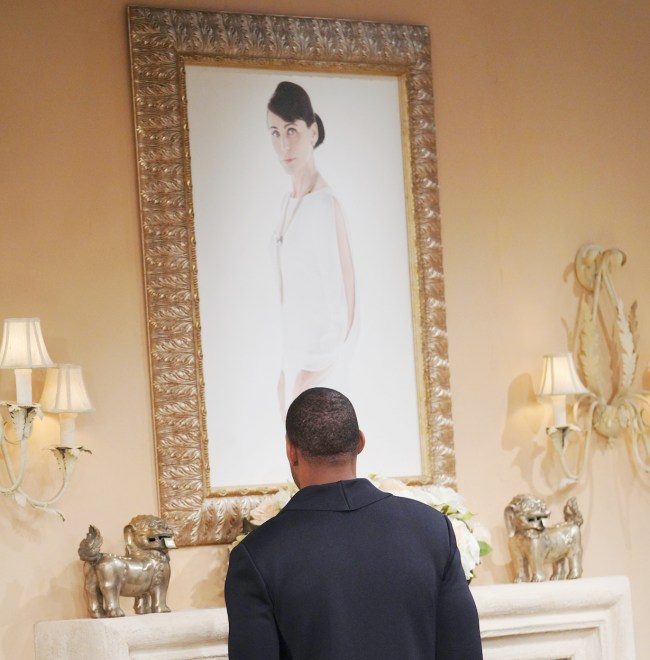 Meanwhile, how messed up was it that Eric ordered Carter to take down Quinn’s portrait? Was that supposed to be part of his punishment? Sorry, but Carter should have absolutely walked away from that particular assignment and had the rich white guy have one of his actual servants dispose of the portrait.

• Anybody else find it odd that Steffy and Finn named their child after Taylor’s ex-husband, Blake Hayes? Does someone in the writer’s room mistakenly believe that Taylor’s maiden name is Hayes as opposed to Hamilton? When on Friday’s episode Steffy said she wanted to discuss the name, I hoped maybe someone realized their gaffe and was about to correct it. But no…

• We already ranked Zoe’s as one of the 10 worst exit storylines of all time, but it seems even without her on screen, the damage is still being done. This week, we were told that both Quinn and Carter had received phone calls from Zoe, which only drove home how rushed her departure was. But worse, Quinn said that what had most disappointed her supposed gal pal wasn’t that she had violated girl code but that she had hurt Eric. Even Zoe’s off-screen phone call was completely drama-free and nonsensical. 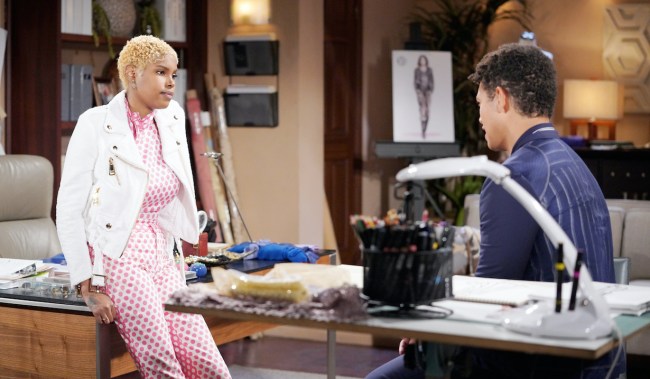 • Remember how earlier we were talking about the way men are given a free pass for cheating on this show? We saw another example of that during Zende and Paris’ conversation this week. To hear him tell it, Zoe was doing all the flirting while he showed no interest in her whatsoever. While Paris might buy that load of crap, we were there for all the eye sex and know this was definitely a two-way street.

That’s my take on this week’s episodes, now let’s hear what you have to say. Do you agree that it might be time for Liam and Hope to enjoy a little downtime? Are you as into the Justin storyline as me? (Here’s why it’s so, so badly needed!) Hit the comments section with your opinions — ’cause I know you’ve got ’em! — and then reward yourself for a job well done by perusing this newly updated gallery in which we pay tribute to some of daytime’s handsomest men. 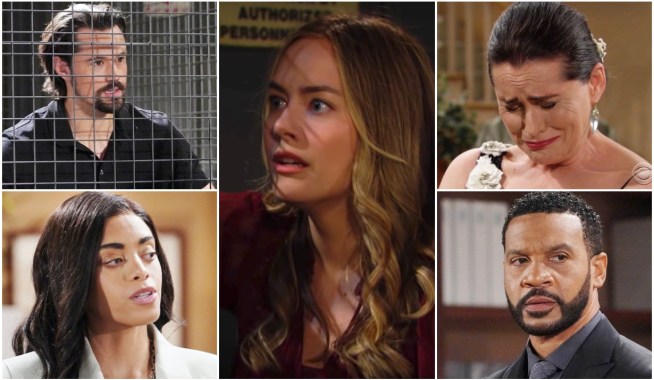 Bold & Beautiful's Hope Found Thomas, But the *Real* Mystery Is What Happened to Carter and Quinn — Plus, Zoe's Drama-Free Exit 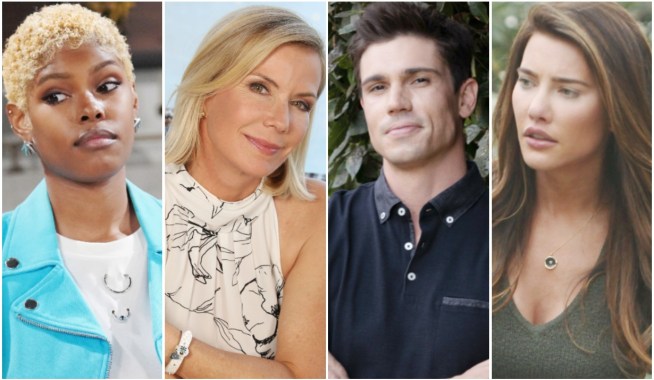