The ‘Bad Justin’ Story Is Good Fun But Makes No Sense — Plus, the Stage Was Just Set For Quinn’s Downfall, and It… Will… Be… *Epic*! 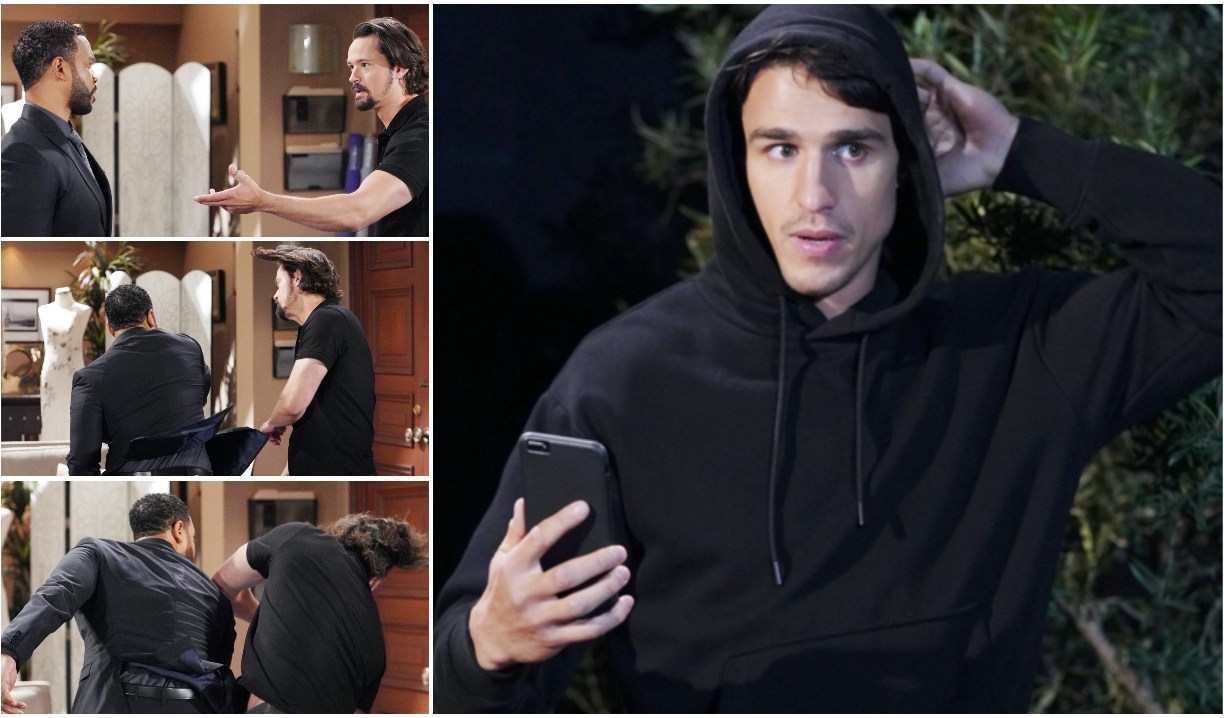 It was another of those weeks during which The Bold and the Beautiful managed to be enthralling and aggravating at the exact same time. Whole episodes featured endlessly repetitive dialogue… only to then take a twist into “What the what!?!” territory. As always, we’re going to talk about the good, the bad and the downright nonsensical, so let’s dive right in, shall we?

Well, we certainly can’t accuse Bold & Beautiful of dragging things out when it came to this week’s reveals. In short order, Thomas received Vinny’s texts, figured out his pal had thrown himself in front of Liam’s car on purpose, was sucker-punched by Justin and landed on the receiving end of the attorney’s behavior-rationalizing monologue. 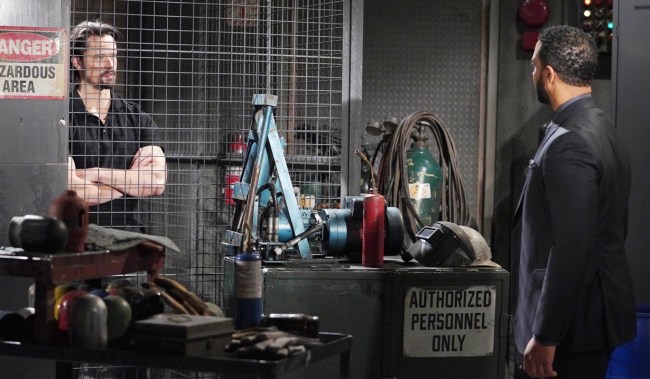 It was a stunning series of events, and it’s safe to say that absolutely nobody in the audience predicted how things would play out. That said… it doesn’t necessarily mean the storyline was good. And as usual with Bold & Beautiful, the fault lies less in the tale than in the haphazard way in which it unspooled. It’s as if the writers were so excited to tell the story that they didn’t take the time to give it a once-over for holes… of which there were plenty.

• How, exactly, did that video get sent to Thomas? After making his confession, Vinny threw himself in front of the car with the phone still recording. If Vinny still had the phone in his hands when he was struck, shouldn’t the phone have gone flying? Yet in rewatching the aftermath, Bill clearly finds the phone next to his victim’s body.

You can’t record a video on your phone, save it, and hit send to a person, after you get killed! Who hit the send button? Did Bill accidentally hit send when he grabbed the phone? So many plot holes. All this nonsense for Liam. Ugh! #BoldandBeautiful

• Even if somehow Vinny maintained his grip on the phone and, with his dying breath, pushed “send,” doesn’t that only further incriminate Bill as opposed to clearing him? Because the phone clearly captured Liam and Bill’s conversation following the incident, and at one point, Bill and Liam discuss that Vinny is still alive and trying to say something. Suddenly, it’s not just a case of “He was dead, so I leapt into action.” Instead, it’s, “Well, he wasn’t dead and maybe if I’d called for help… ”

• How in the world did Justin drag an unconscious Thomas through the hallways of Forrester Creations, across town and into the cage with nobody noticing? Also, how did Justin just happen to know about that cage-like room… and have a key for it?

The only good thing that came out of this murder mystery was Thomas getting sucker punched in the face by Justin…priceless!

• Why didn’t Justin at some point say to Thomas, “Look, you deserve anything that happens to you. Everybody else may have decided that you were totally innocent where my niece Emma’s death is concerned, but you and I both know you drove her off the road. You could have gotten help, but you left her there to die.” Frankly, that would have made more sense than the legal eagle’s sudden anger toward Bill. 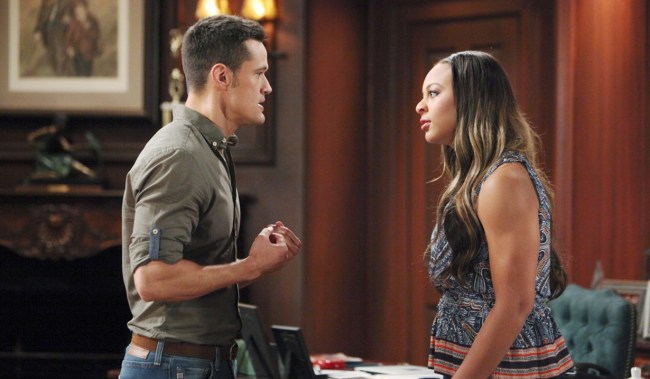 Justin’s grudge against Bill makes perfect sense… or would if we’d seen any hint of it building over the years. Instead, Justin has never been anything but a willing accomplice to Bill’s many schemes, often seeming to delight in his employer/pal’s dark antics. But this is par for the course where Bold & Beautiful storytelling is concerned.

Along the same lines, we suddenly had Ridge revealing that he’s been suffering from PTSD ever since being dumped out of a helicopter by Justin and Bill a few years ago. “I think about that every day,” said the designer. “I wake up sometimes, still falling.” While flashing back to the incident helped flesh out just how far Justin and Bill have gone in the past, Ridge’s confession came out of nowhere. 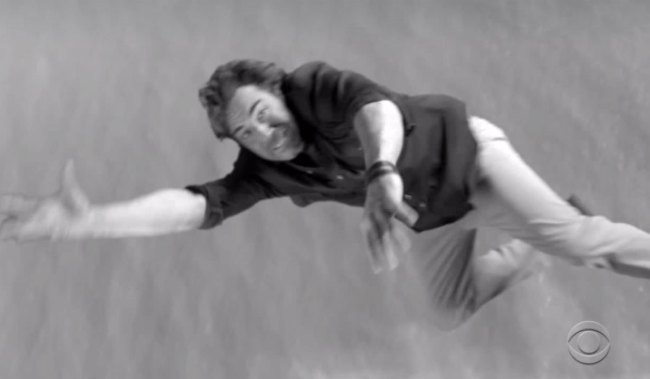 What’s frustrating is that, in many cases, just a little bit of longterm planning would have allowed the writers to lay the groundwork so that stories didn’t feel as if they were being thrown together on a day-by-day basis.

After not appearing on screen all week, Quinn suddenly dashed into Eric’s arms on Friday to suggest that what they really needed to do was renew their vows. Meanwhile, Paris was over at Forrester Creations scowling at Zoe and Carter, who were acting out every HR director’s nightmare as the COO and model canoodled right there in the office in front of another employee. 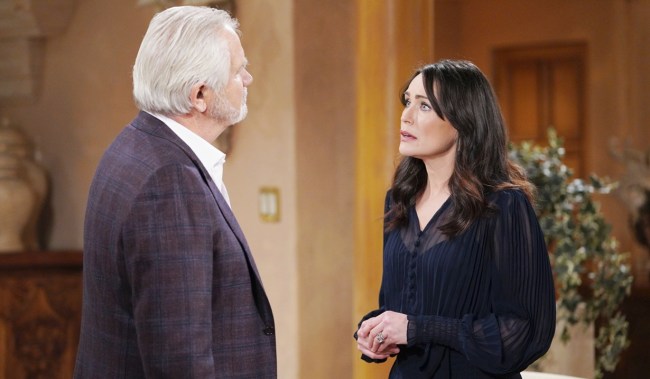 As hinted at in next week’s spoilers, this story is headed in exactly the direction we assumed it would. On the plus side, it looks as if Brooke will be smack-dab in the middle of the drama, which is where she should have been all along. Sorry, but why have Paris serving as Quinn’s supposed foil when you’ve got Brooke, the jewelry designer’s longtime nemesis, sitting there with nothing to do but interfere?

PS: If Carter isn’t asked to be the officiant at the ceremony, I’ll give up French fries for two weeks.

More: Join us for Friday’s live blog of the Daytime Emmys

• As we often discuss, Bold & Beautiful is not a soap that does casual throwaway lines referencing past events. They do whole exposition-filled monologues where a few simple words would suffice. So it was downright surprising when, in response to Thomas not getting a text he’d sent, Zende remarked, “It’s happened to me before.” Either you understood what he was referring to or you didn’t. You know, the way conversations sometimes happen in real life.

• Bill told Katie he would always be there for her and their son. But honestly, given the way Bill just “helped” Liam, that should have motivated Katie to fight for full custody of Will and never look back. This was especially true when Bill tried making light of his situation and, when Katie pointed out that it wasn’t funny, responded, “Come on, it’s a little funny.” What, exactly, is funny about the fact that you left a dying man on the side of the road? Call me crazy, but I fail to see the humor, let alone how they move Bill past this horrific act. And yes, that’s even taking into consideration his past misdeeds, many of which are catalogued here.

• My favorite drinking game this week: Every time someone said Hope was going to need “a lot of support,” I chugged.

That’s my take on this week’s action… now it’s time for you to hit the comments section and sound off about your highs and lows of the week. Then make sure to check out the gallery below in which we celebrate this weekend’s Daytime Emmys by handing out a few awards of our own… including the Stephanie Forrester Award for Outstanding Achievement in Slapping. 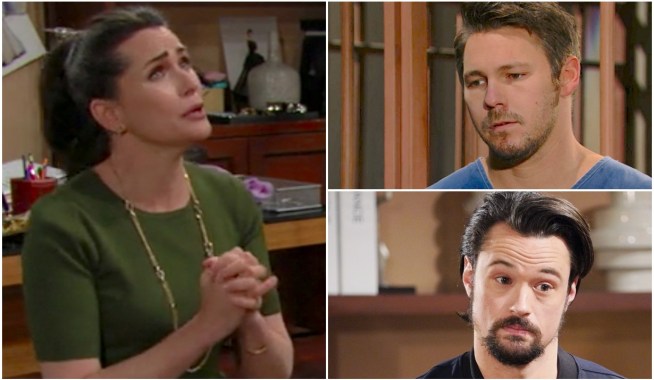 Bold & Beautiful's Steffy Just Made Childbirth a Sexual Experience — Plus, Brooke Finally Pushed Paris Out of the Way To Reclaim Her Spot as Quinn's Nemesis 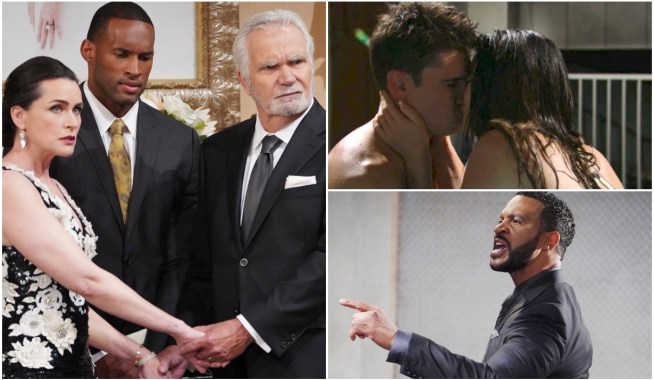